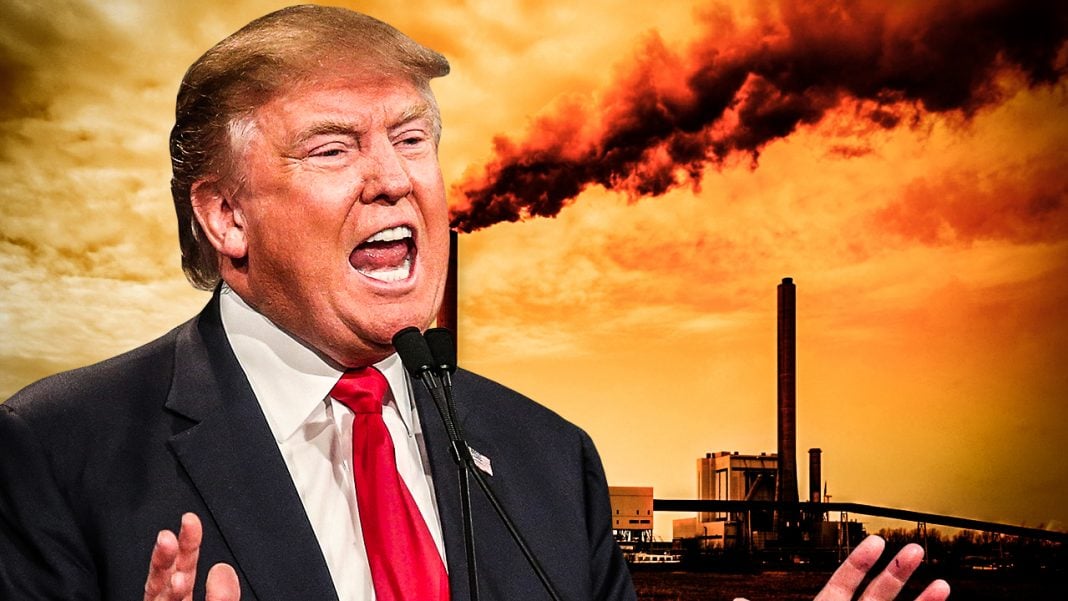 Donald Trump has turned the Environmental Protection Agency into a climate change-denying warehouse at this point. Not only will the agency not be using the term “Climate change” in any official documents, but they have now decided to stop granting financial awards to scientists and organizations that wish to study the climate. Ring of Fire’s Farron Cousins discusses this.

To say that Donald Trump’s Environmental Protection Agency has been hostile towards the environment would be a very gross understatement, but what they have decided to do recently puts them really at odds with the actual thing that they’re supposed to be protecting, which is the environment.

Donald Trump’s EPA has decided that they’re going to stop issuing grants to organizations or individuals or universities that want to study the climate. They want to study climate change. They want to conduct climate research, and the Scott Pruitt led EPA is now telling them, “Guess what? We’re taking back your funding and we’re not going to issue any new grants to you to study all of the horrible things that are happening in the environment.”

So far, $2 million worth of grants that were supposed to go to public universities and nonprofit organizations have been rescinded by the Environmental Protection Agency because those grants were going to be used to study the effects of climate change.

I need to reiterate this fact right now, folks. Hurricane Harvey happened less than two weeks ago in the state of Texas. It intensified very rapidly, and scientists are telling us that that rapid intensification was due to climate change. The West, western part of the United States is on fire, sending [inaudible 00:01:28] of smoke as far as east as New York and Kentucky.

Hurricane Irma is about to make landfall in the state of Florida as one of the most destructive storms in the history of the United States. So yeah, let’s stop funding research into climate change, which is directly responsible for each one of those three catastrophes that we have had in the span of two weeks.

We have a federal government that is at the forefront of funding of medical research in the world, and yet we still pay higher prescription drug prices than any other country on this planet. We have a federal government that subsidize renewable energy, but they subsidize fossil fuels even more so that those things could stay alive and try to snuff out renewable energy.

They don’t want to accept the truth, and they don’t want anybody else out there to know it either because a dumb down American public is more likely to vote Republican than a public that understands the catastrophic threat that climate change poses to this country, and that’s what the EPA’s trying to do here. They want to keep burying their heads in their sands, not even realizing that the tide is starting to come up and cover those holes of their heads.

Climate change is coming regardless of who’s in power, regardless of how much money corporations give to politicians, regardless of the banter and the bickering. It’s happening and it’s time for the Trump administration to admit that, so that we can move forward and jump back to the front lines of the scientific research that’s going to be absolutely necessary to help fend off the pending catastrophes.