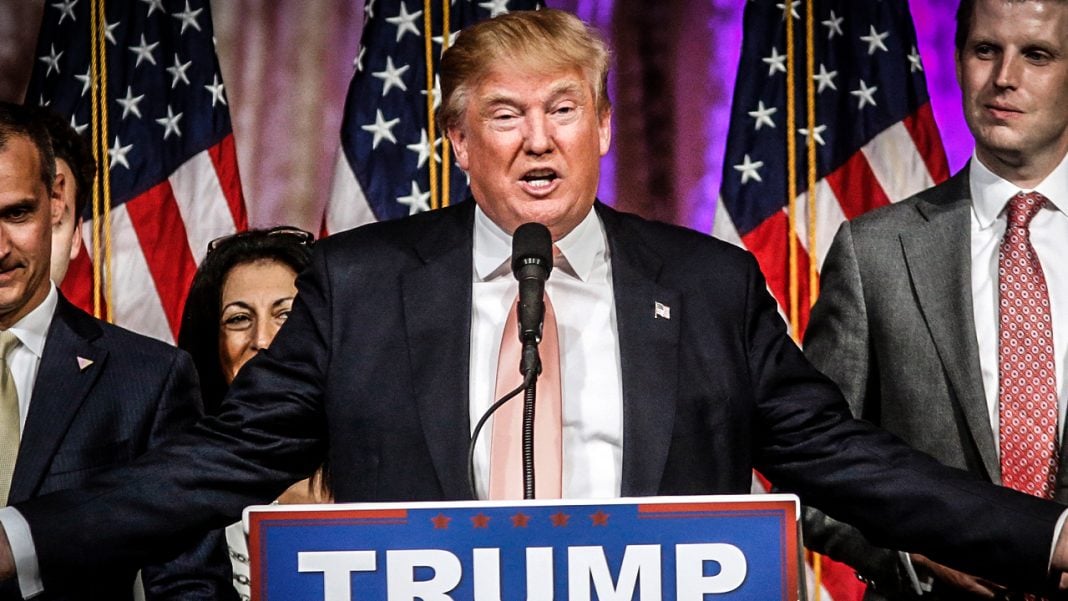 Trump’s constant golf outings aren’t just a distraction from work, they are also a great way for people with business before the government to get access to the President. According to a new report, CEOs and lobbyists have spent millions of dollars (money that goes right back to Donald Trump) to become members of his golf resorts, where they lie in wait for the President to arrive so they can “accidentally” get access to him. Ring of Fire’s Farron Cousins explains why this is so dangerous.

Donald Trump may be known as a real estate mogul, but every year he’s pulling in about $600 million from his golf resorts all around the world. 2015 and 2016, both years, he made about 600 million a piece from all of those golf resorts. Donald Trump obviously since becoming US president has spent one out of every three days at one of his own golf courses just trying to relax, and it’s not just that the media noticed. It’s not just that the American public is getting annoyed with it, and it’s not just that those golf trips have bankrupted the Secret Service. Other people in this country too were starting to pay attention, specifically corporate CEOs with business in front of the government and corporate lobbyists. They understood that if you want to get access to Donald Trump, why not just become a member of his golf clubs?

For the last two years, these two groups, lobbyists and corporate CEOs, have been paying millions of dollars a year to become members of these golf resorts because they know that that is the best place they can go if they want unfettered access to the president of the United States. This is all according to a brand new report from USA Today that went through and found 4,500 different people registered with these golf clubs, made contact with them to find out if they have business in front of the federal government, whether they’re seeking government contracts or whatever, and a lot of them said yes. A lot of them actually happened to be defense contractors. One of them happens to be a lawyer who’s representing Saudi Arabia against an onslaught of terrorism-related lawsuits trying to protect that country and screw over Americans who’ve been the victims of terror or whose family members were the victims of terrorist attacks here in the United States.

Those are the kinds of people who are literally hanging around Donald Trump’s golf clubs just to get a few minutes with the president to get in his ear for a few seconds, and say, “Hey, while we’re here, let me talk to you about this.” It’s true that in the past other people, other groups, other presidents have done this with politicians, but the fact that these people are already paying millions of dollars to become exclusive members to Donald Trump’s golf resorts and that money is going back into Donald Trump’s pocket, that’s something that Trump knows, because not just are these people standing there waiting to talk to him. They’ve already given millions of dollars to be a part of this golf resort. Trump understands that. It’s essentially lobbying, you know, campaign donations going under the table, because you’re buying a seat at the table where you know Donald Trump’s going to come eat eventually.

There’s nothing technically illegal about it, but it is absolutely disgusting, especially coming from a president who promised us to drain the swamp. He didn’t drain anything. All he did was spread the swamp out, because now we’ve got swampy Mar-a-Lago, his swampy golf course in Virginia, and the swampy one up in New Jersey, so that swamp has extended beyond the White House, as Trump originally told us, and it’s now coast to coast, because all you have to have are a few million dollars in your pocket and a little bit of time to kill, but if you play your cards right and pay attention to social media and where the president’s going to be, you too could have complete access to the president of the United States, able to tell him anything you want to tell him, as long as you’ve got the money to be a member of his very exclusive resorts.