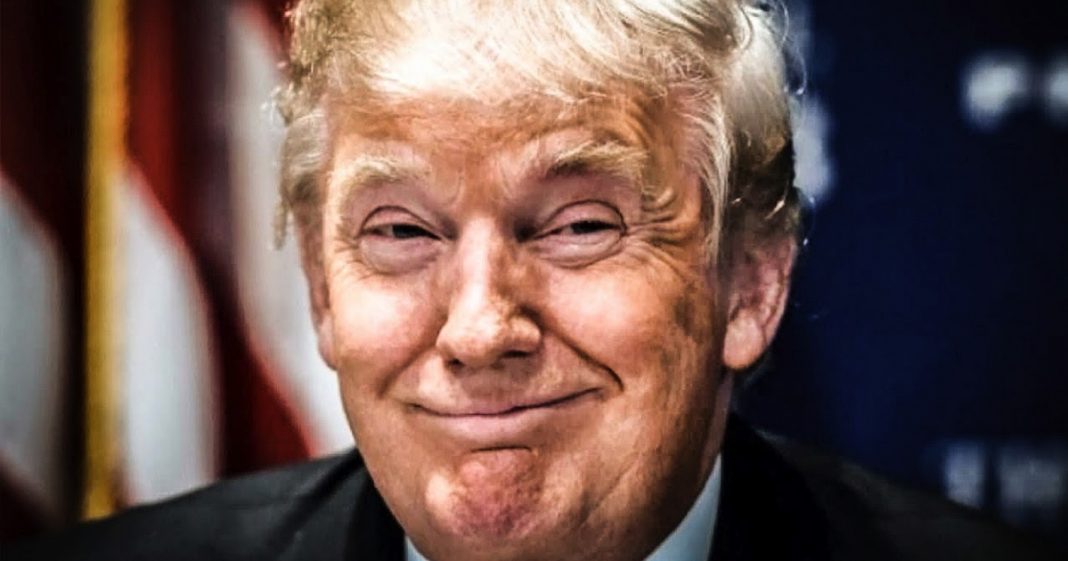 As Hurricane Irma approaches south Florida – and, coincidentally, Trump’s Mar-A-Lago resort – we need to remember the time that Donald Trump bilked his insurance company for almost $17 million worth of “hurricane damage” that the resort allegedly received in 2005. But there are only a few thousand dollars in repair records, and Trump has even admitted that he pocketed some of the money. Ring of Fire’s Farron Cousins explains why this, and so many other instances, prove that we can never truly trust Donald Trump.

As Hurricane Irma continues to churn through the Caribbean, it will likely take a turn within the next few days or few hours towards the state of Florida, possibly going right over Donald Trump’s Mar-a-Lago Resort. Because of this, because of the conversation we’re now having about potential catastrophic damage in South Florida due to hurricanes, it’s important to remember a story about Donald Trump from 2005.

In 2005, South Florida saw a slew of hurricanes, including the last one, which was Hurricane Wilma, that went right over Mar-a-Lago in South Florida. Now, Donald Trump filed an insurance claim for Mar-a-Lago saying that they had extensive hurricane damage, and he was awarded $17 million from his insurance company. What did he do with that money? He put almost all of it back in his own pockets. As it turns out, Mar-a-Lago didn’t really have any hurricane damage. The best reports we can find show that the organization spent a few, a few thousand dollars to replace a couple of roof tiles and a couple of trees that fell down. Beyond that, there was no damage to report, according to people who work at Mar-a-Lago. The resort, less than one month after Hurricane Wilma hit and allegedly caused $17 million worth of damage, hosted the wedding of Donald Trump, Jr. Not exactly something you would do in a place that allegedly received $17 million worth of damage.

According to Trump himself, they had to do some painting. You know, they had roof tiles, tapestries, but then he admitted, and this was back in 2005, that, “Yes, I kept some of that money for me personally, because you’re allowed to do that. There’s nothing that says you have to spend it on repairs.” While that is absolutely true, you still filed a claim saying you had $17 million worth of damage, specifically 16 million, nine-hundred and some odd thousand dollars, a few dollars shy of exactly $17 million. But nonetheless, you said you had that much damage. Nobody at your resort corroborated this, so my big question today is, how is this not some kind of insurance fraud?

If I were to go to an insurance company and say that my house was devastated, “You owe me the full amount of my policy.” Then they come out there and find out that I only lost a few tiles off my roof, they’re going to say “no.” They could easily slap me with a lawsuit or criminal charges for filing a fraudulent insurance claim. People go to jail for insurance fraud all the time, so how was Donald Trump able to game the system? Furthermore, when we deal with natural disasters, I know this from many years of working inside of a law firm, insurance companies are loath to pay out any money to people who suffer real damages. After Hurricane Ivan ravaged the town that I live in back in 2004, that was one of the biggest issues. Insurance companies didn’t want to pay. There had to be massive lawsuits against them to force them to pay average homeowners so that they could put their lives back together. The same story plays itself out any time there is a natural disaster in the United States. Insurance companies don’t want to pay.

When you have people like Donald Trump, who already was allegedly a billionaire, gaming the system to put more money in his own pocket, all that does is screw over the average homeowner who lost everything. Donald Trump, according to his own butler, lost a couple of trees and a few ceiling tiles, and he got $17 million for that. Meanwhile, normal people, average people, the working class, they lost everything. Some of them, to this day, are still fighting to get the money that they’re owed from their insurance companies.