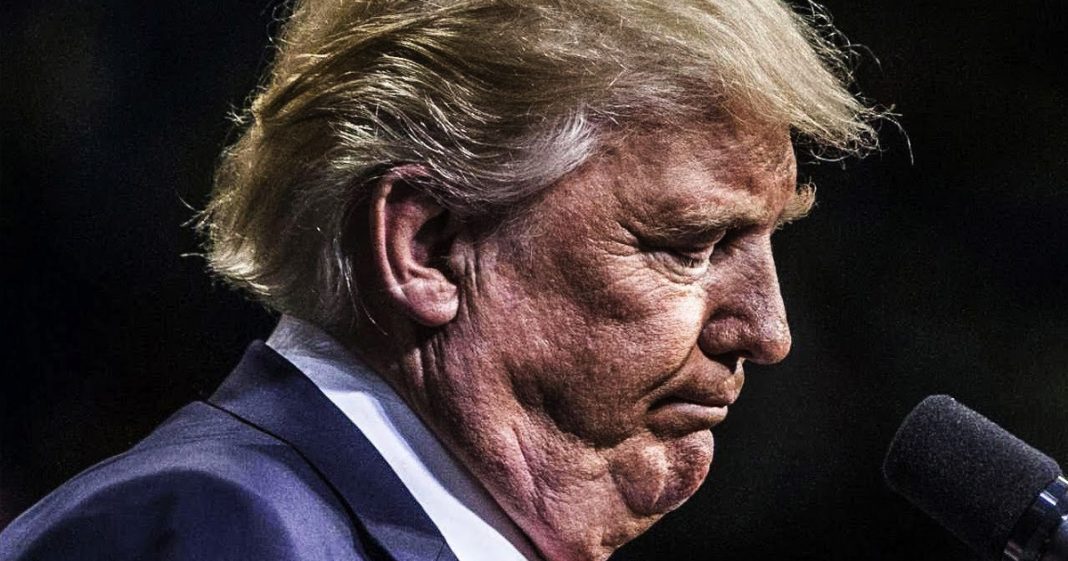 Donald Trump’s White House Counsel Ty Cobb got into a heated email exchange with a business owner this week, where Cobb claimed that more adults in the room would be better (when talking about the administration) but that he and Chief of Staff John Kelly were all they had at the moment. This moment of clarity from Trump’s lawyer reveals a lot about their attitude towards the president, and it is something that Americans need to accept, as well. Ring of Fire’s Farron Cousins discusses this.

Earlier this week, White House Special Counsel Ty Cobb, who has been one of Donald Trump’s personal lawyers in the past, got into an email exchange with a business owner where he told that business owner, in a manner of speaking, because the two went back and forth relentlessly, with Cobb losing his temper more than once. But he did explain to this business owner that look, it would be great if there were other adults in the room in the Trump Administration, in addition to me and Kelly. What Donald Trump’s lawyer, Ty Cobb, is saying here is that he himself, Ty Cobb, and Chief of Staff Kelly are the only two adults in the Trump Administration.

Now, I’m sure Trump’s lawyer did not mean to say that during this very heated email exchange, but he did it to defend why he took the job within the Trump Administration to begin with. Because they needed more grown-ups there. They needed people to steer them in a better direction, a more mature direction, and that is exactly what Ty Cobb and General Kelly claim they’ve been trying to do. And we’ve actually seen that Kelly is trying to do that with Donald Trump.

But all of that underscores the larger point. Trump’s own lawyer believes that he and General Kelly are the only two grown-ups within that Trump Administration an Administration that does include Donald Trump himself. And that’s the part that Americans need to be paying attention to. When you have these people who work so closely with the President, saying that when they’re in a room with him, they’re still the only adults, that Donald Trump is essentially acting like a child, that his staffers have come forward and said we have to handle him with kid gloves. That’s a problem. That’s not the kind of behavior that we should expect or even tolerate from a sitting President of the United States, and yet many people in this country think it’s perfectly fine that Donald Trump acts that way. That he has to be treated in that manner.

Well, it’s not. That’s the guy who has access to our nuclear codes and, at a whim, could launch a nuclear attack against anyone in the world, because there’s no checks and balances for something like that. We need grown-ups and honestly, judging from the email exchange, which you can read in the link to below this video, Cobb is not one of those grown-ups. He is a guy who is just like Donald Trump. He loses his temper, he lashes out at any kind of criticism, doesn’t offer any firm examples or facts or figures or statistics. He argues purely with emotion and doesn’t take anyone else’s feelings or situations into account, much like Donald Trump.

There are no grown-ups in this Administration. Maybe General Kelly sometimes, but Trump himself doesn’t even like to listen to Kelly. As soon as Kelly leaves the room, he likes to call Steve Bannon on his personal cell phone without General Kelly knowing about it. Donald Trump is a guy who could not be trusted. He couldn’t be trusted as a business leader. You probably wouldn’t trust him, leave him alone in your house. And he sure as hell can’t be trusted as President of the United States. And that is the big take-away from this email exchange with Trump’s lawyer. That is what he was hinting at when he said that he and Kelly were the only adults in the room and that is what we’re dealing with today. A President man-child that no one in this country, no one in the world should give their full trust to, because he has proven time and time again, he’s really not a trustworthy kind of guy.