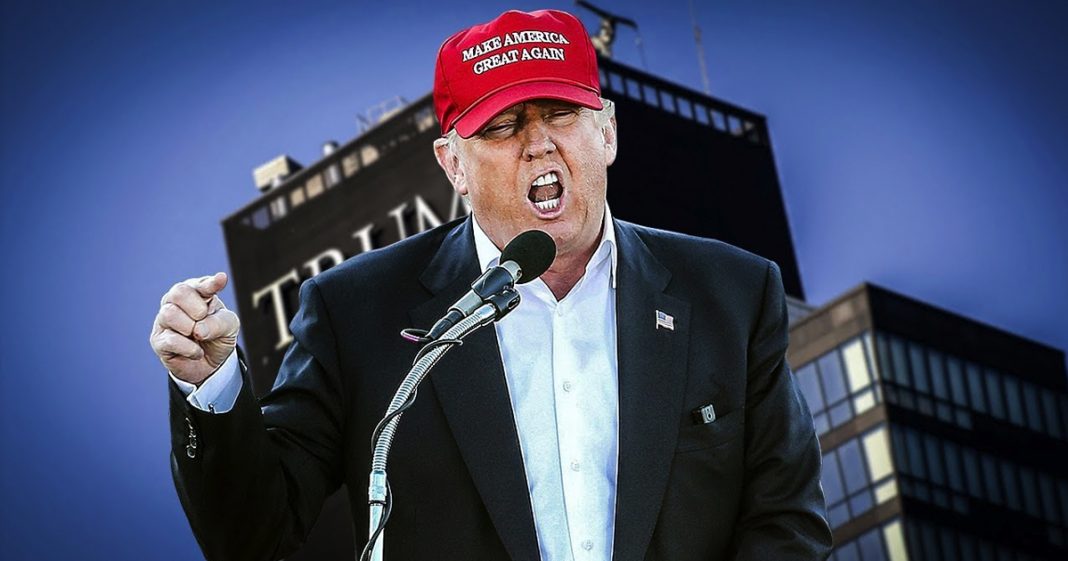 Democrats in Washington have been tacking amendments onto legislation that would prohibit the federal government from spending money at Trump-owned properties. Republicans, however, are refusing to allow these amendments to come forward for a vote, even though a majority of this country is angry that Trump is using his office to make even more money. Ring of Fire’s Farron Cousins discusses this.

Recently Democrats in Washington, D.C. have been trying to pass amendments, or at least tack them onto must-pass legislation in order to stop the federal government from spending money at Donald Trump’s own properties, money that is paid for by the taxpayers that would then go into Donald Trump’s pocket. It’s something that’s been happening since the first day Donald Trump came into office, and it’s something that Democrats are trying to put an end to. This past week Republicans, who control the House of Representatives, announced that they would not be bringing these amendments by these Democrats forward for a vote. Republicans do not think it’s a big deal that Donald Trump is wasting taxpayer money at his own properties. Republicans don’t think it’s a bad thing that Donald Trump is clearly using the office of the presidency to put more money in his own pocket, money that could be better spent on things like, I don’t know, disaster relief, as we’ve got Hurricane Irma approaching right now as a category five, strongest storm ever in the Atlantic Ocean.

Yet Republicans still want to waste our tax dollars at Donald Trump’s resorts. We know so far this year that up until the end of September, or basically once the end of September hits, the Secret Service is out of money. They will not have enough money to pay overtime. They’re not going to have enough money to even pay some regular employees who are charged with protecting Donald Trump and his family, because of his constant travel to his own resorts. They’ve spent tens of thousands of dollars in taxpayer money on golf carts alone. Donald Trump, the alleged billionaire president, could easily afford this or even better, instead of charging them, since you own the place and they’re there to protect you, how about you just let them use the golf carts for free? That’s what really gets me about all the money Trump is spending at his own properties is that we don’t have to spend it. They could be offering rooms, and golf carts, and meals free of charge to the federal government because the president owns those places. That’s a side of the story that nobody’s talking about.

It’s not just that he’s spending our money at his own resorts. It’s that it’s completely unnecessary. The owner of a business can absolutely waive a fee or at least reduce it a little bit whenever they please. Yet Donald Trump refuses to do that because the money’s not coming out of his pocket. It’s going back into his pocket. It’s coming out of all of ours, and Democrats in D.C. were trying to protect our tax dollars, but the Republicans that control the House of Representatives said, “No, let’s not worry about that. We know that the federal government’s running out of money for disaster relief, for Secret Service, for education, for all kinds of things, but let’s go ahead and just let Donald Trump waste even more of our tax dollars by spending it at his own resorts.”