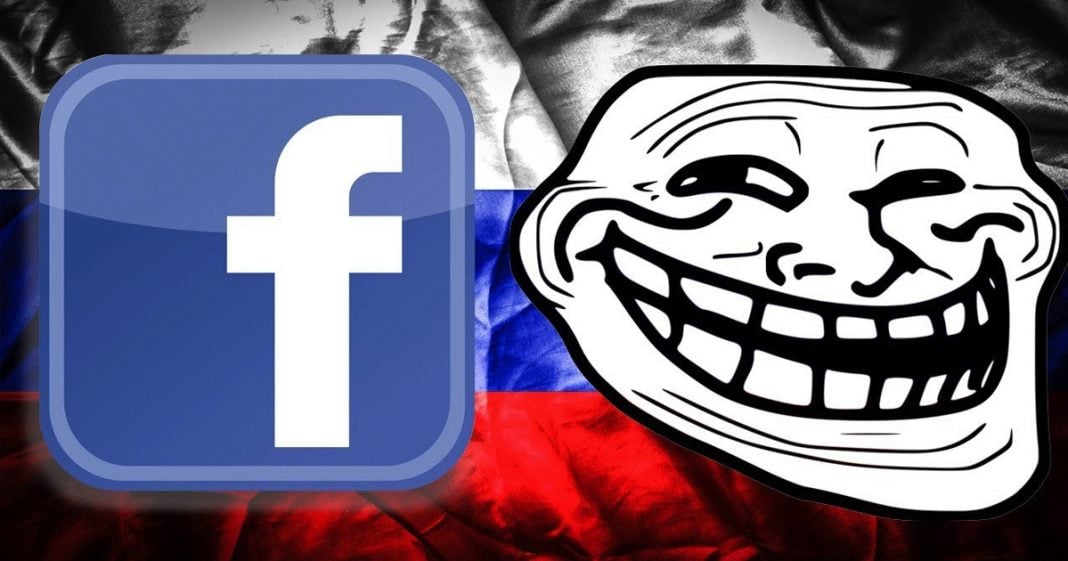 According to Facebook, shell organizations run by Russian online trolls purchased about $100,000 politically divisive ads during the 2016 U.S. presidential election in an attempt to sway the results. The media is eating this story up, but is it really a story? Anyone can buy ads on Facebook, and this hardly seems like a sinister plot to undermine democracy. Ring of Fire’s Farron Cousins explains why this story isn’t all that it is cracked up to be.

On Wednesday evening, media outlets were buzzing about the fact that Facebook announced that a Russian firm with ties to the Kremlin bought about $100,000 worth of Facebook ads on politically divisive issues ahead of the 2016 election and they ran those ads on Facebook, and oh my God, there you have it folks, that is the Russian interference in the 2016 US election. The media was all over this story. Everybody was talking about it. We’ve got this proof of Russians interfering with the election.

Now, I understand there are many Russia stories out there that have legs. There are many instances where it’s very clear that Russia in some for or another, or Russians, I can’t even say Russia because we don’t necessarily know how it goes or if it’s connected to the government. But there are issues where some people from that country attempted to interfere or sway, or otherwise manipulate the Trump campaign and Trump administration. This isn’t one of those stories.

Let me explain it this way. Anybody can go and buy an ad on Facebook. It’s that simple folks. That doesn’t mean that they interfered with our election, and furthermore, if an ad bought by a Russian trolling company is enough to sway an election, that’s not an indictment of Russia, that’s an indictment of how stupid we are as a country to allow $100,000 worth of Facebook ads to completely sway our future. Because that’s what the media’s portraying it as. They spent $100,000. They bought some ads, and then Trump won. That’s not Russia’s fault, that’s the fault of our education system for not teaching people how to weed out the bullshit that they see online. That’s a problem with us! Not a problem with them. Yeah, it’s underhanded. It’s not particularly nice, but it’s not illegal. We can go online and buy a Facebook ad today, you know, talking bad about Vladimir Putin! Will it sway anything in the country? Who knows? But it would be just as effective as what they did through Facebook.

We have to move past these sensationalistic stories just because it has Russia in the headline. There are very real Russian stories, like I’ve said. Things that we do need to pursue. Things that are currently being investigated, and are going to turn into something. This story and how the media is hyping it and sensationalizing it that they bought some Facebook ads, I’m sorry but that speaks more to the education level of American citizens than it does to the sinister abilities of the Russians. We need to understand that we do have a problem with misinformation in this country. We do have an electorate that is not educated enough to weed it out and find out what’s true, or who’s not willing to go through and do the legwork to research it. That’s on us. We have to take responsibility for that. If millions of Americans are swayed one way or another by an incorrect and divisive political ad on Facebook, we have nobody to blame for that but ourselves.

It’s our job to educate people, to teach people. Not just the media, but our teachers, our parents. Children could teach their parents. Everybody has a role to play in this, it’s everyone’s responsibility, so don’t go out there and say that Russians buying $100,000 worth of Facebook ads changed anything in this country. Because if anything at all, all it did is show how stupid we as a country are capable of being, if $100,000 worth of Facebook ads gave Donald Trump the presidency.