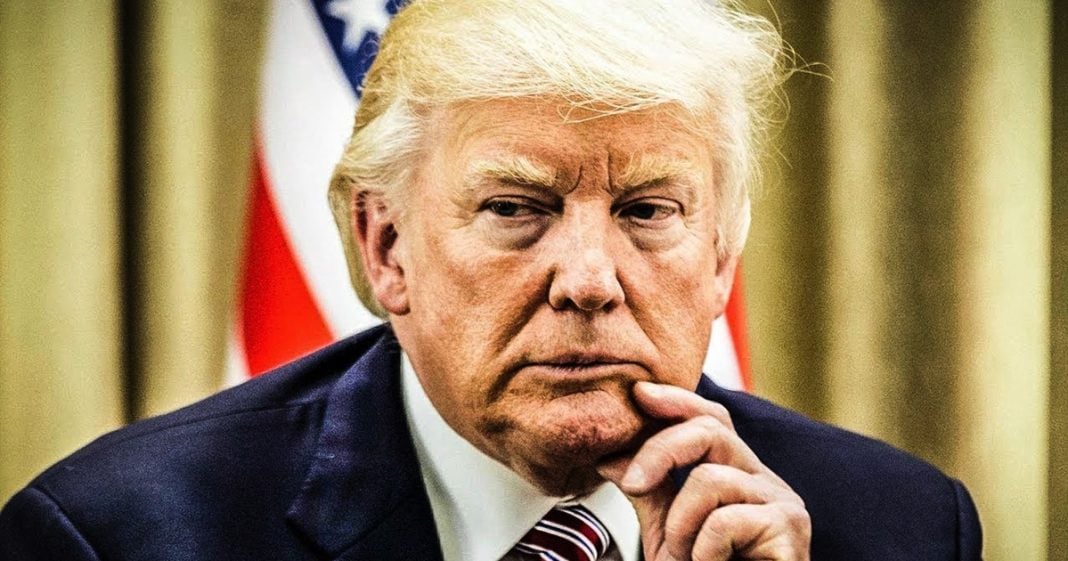 Donald Trump has announced plans to end the DACA program which allowed undocumented children to remain in the country under certain conditions. While Trump has given no clear reason as to why he wants to end the program, it would result in hundreds of thousands of immigrants being deported from the U.S. and the only group that seems to support the decision are the people who rely on news outlets like Breitbart. Ring of Fire’s Farron Cousins discusses this.

Donald Trump has announced that he wants to get ride of the D-A-C-A, DACA, which protects undocumented children who have come into the United States as result, usually, of their parents coming into the United States as undocumented immigrants. It provides some protection for those children so they will not be deported. There are certain conditions that have to be met, and there are also mechanisms in place to where if one of the DACA or Dream Act children commits a crime or is involved in any kind of illegal activity that they do get deported.

Having said that, and explained briefly what DACA is, Donald Trump has made it clear that he wants to get rid of this program with a six-month delay, which could result in as many as 800,000 of these DACA people, some have grown beyond the age of 18 obviously at this point, 800,000 deportations in the United States, ranging in age from less than a year to 30 years old. One of the people who came into this country, under DACA, died this past weekend saving human beings’ lives in the wake of Hurricane Harvey. Those are the kinds of people that Donald Trump wants to kick out of this country. Democrats are against it. Republicans in the House of Representatives claim that they’re against it. More importantly for Donald, 400 CEOs in the United States have come forward and said that they oppose his plan to get rid of this program. Even right wing think tanks and libertarian think tanks, like the Cato Institute, have released studies showing that, if he follow through and deports these people, it’s going to result in more than $6 billion of economic losses for the United States.

When you take all that in consideration, and you understand the fact that, during his campaign, Donald Trump said he would not touch the dreamers, or the DACA recipients. Why is he pushing forward with this plan that contradicts his previous self and goes against what almost everybody in this country actually wants? Well, the answer to that is because that’s what Breitbart wants. When Steve Bannon left the White House to go back to Breitbart, he said the agenda is dead. The Trump Administration is DOA at this point. None of the stuff we wanted to happen, like immigration reform, was going to happen at this point. Bannon kind of threatened to start letting things slip out about the Trump Administration. Donald Trump, knowing that Breitbart wants to deport these 800,000 men, women, and children, is going along with this plan just to appease that one right wing fringe, alt-right, fake news, media outlet, and anyone that goes to that outlet as a source for their news. That is 100% what this DACA repeal is all about.

Donald Trump doesn’t care one way or another if immigrants are in this country, but he knows that he can use that as red meat to throw out to his base at any given point. That is exactly what he’s doing here. He needs to pay a little bit more attention, because when Democrats, Republicans, CEO, libertarians, think tanks, when everybody is against you, it’s probably a good sign that you’re doing something incredibly wrong.