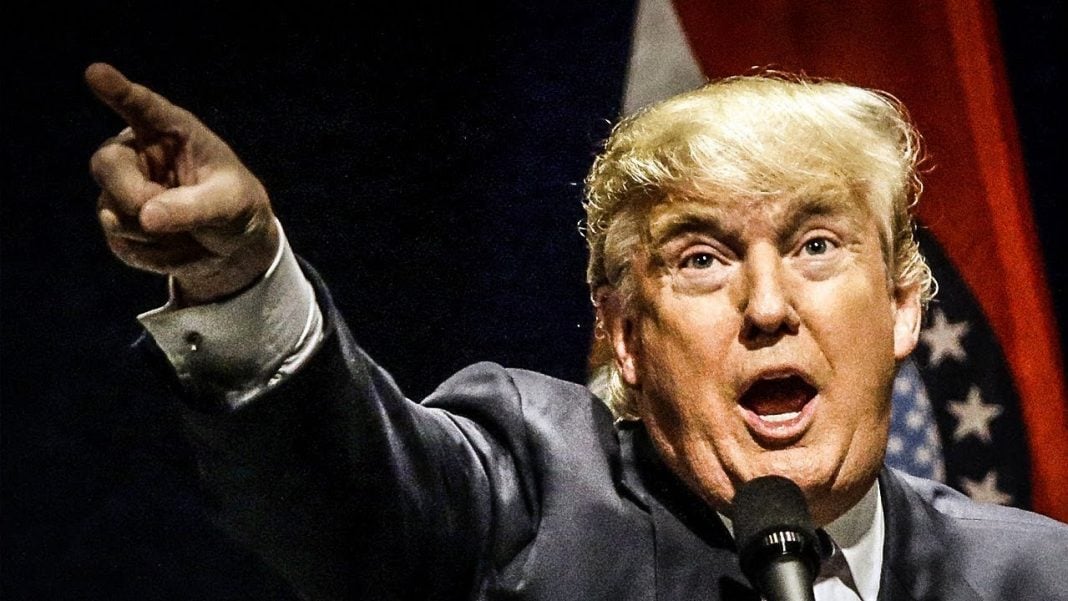 Donald Trump took to Twitter to complain about the media, but this particular tweet had an odd tone about it. Instead of calling the media names, Trump seemed sheepish and childish, saying that all he wants to do is “make America great again.” Ring of Fire’s Farron Cousins discusses this.

On Wednesday of this past week, Donald Trump sent out a week that was slightly characteristic of him, but also slightly off in some way. Here’s what the tweet said. “After reading the false reporting and even ferocious anger in some dying magazines, it makes me wonder why. All I want to do is #makeamericagreatagain.”

That’s right, folks. Donald Trump is sad. He’s very upset about the fact that these allegedly dying magazines that these failing newspapers, that are seeing higher subscriptions than ever for some reason, that they’re just so darn mean to him. He just is trying to make America great again, folks. What is it that you don’t understand about that?

Do you see where I’m going with this? It’s not the fault of the press, and I am tired of hearing people say that, because it’s not just the Trump administration. There are plenty of people, definitely on the right, but even some on the left who think the press is too obsessed with this. The press for the first time in a long time is actually doing their job. They’re uncovering thing. They’re reporting on things that the president is doing and how it will affect the American public. For the first time in my adult life, I’m not completely angry with everything the press is doing. Are they still bad for the most part? Yes. But they’re getting it right more often than not at this point. Yeah, they’re still going to keep pushing for endless wars based on lies. They always do that. It drives up profits. That’s disgusting, but that’s what they do. That’s why I will never give them my full approval.

But at this point, the Trump family, republicans, and of course some liberals have to understand that there’s not a press obsession with Donald Trump. It’s an obsession with telling all of the crazy things that this madman who happens to be our president is doing every day. It’s an obsession with telling the American public about the policies that the republicans are pushing that are going to destroy their lives. If that is an obsession to some of these people, then I’m okay with it. Because again, I think that for the first time in a very long time, the press is doing a much better job at covering the facts and telling people the important things that they need to know so they can make informed choices the next time they have to head to those voting booths.