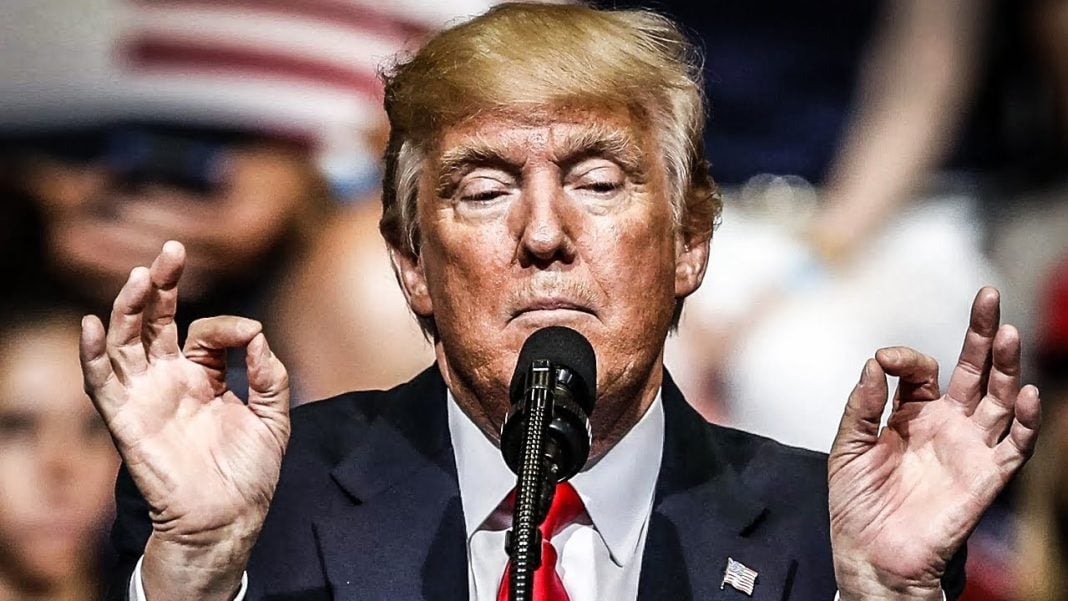 President Trump has sent Paul Ryan a memo to inform him that he’s using his power to halt pay raises for government workers. He claims this is being done because we are in a time of “financial uncertainty and restraint”. We’re spending billions of dollars every year on our military, he wants to spend billions on a border wall, but we can’t give the workers who drive our economy a raise? Ring of Fire’s Farron Cousins explains why this is not only heartless, but it is horrible economics.

Just in time for Labor Day 2017, when we celebrate working Americans and the role that organized labor and worker in general have played in the history of the United States in the building of our economy, Donald Trump has announced to Paul Ryan via a memo last Thursday, that he was going to cut the pay raises for civilian government workers throughout the United States. That’s right, just in time for Labor Day, Donald Trump is not going to give people the raises that they had been promised.

Now this doesn’t come as a surprise to anyone who’s followed how Donald Trump has handled his own businesses and how he doesn’t pay people. We’ve had reports recently that Trump’s golf club over in Dubai, sometimes the workers there go a month or two without even being paid. We know that his hotel staff has tried to unionize several times to get better pay and benefits and he’s shot them down every single time. We know that he hasn’t paid contractors, so why would we expect him to follow through and pay these people who work for the federal government a little bit more? The raise was supposed to be 1.9% this year, why would we give those people any more? Especially considering the fact that Republicans seem to hate the federal government.

These workers are still going to get a raise to an extent, but Donald Trump has cut it down from that 1.9% because of what he calls, what he told Speaker Ryan in that memo, “Hard financial times and uncertainty here in the United States.” Which is interesting, because I could have sworn Donald Trump told us that the economy was doing better than ever. Don’t you remember that? When he told us things were so great here in the United States, we’re all making so much money and the government’s got money and we suddenly don’t have money to pay workers. So either you’re lying now, which you are, or you were lying then, which again, you also were.

These people, these workers, not just these workers either, workers throughout this country are the ones who drive economic activity in the United States, it’s not the CEOs, it’s not the Wall Street Hedge Fund managers, it’s not the people trading stocks, it’s the people out there, going out there every day, working in factories, working at the Post Office, working in other government positions or other jobs throughout this country, restaurants, hotels, wherever it is, they are the ones who drive the economy.

They are the ones who spend the money, they are the ones who make everything work, and Donald Trump says to hell with them. The US Chamber of Commerce on Friday morning said, to hell with them, they were celebrating the fact that a judge ruled that Obama’s overtime pay rule couldn’t go into effect. The US Chamber of Commerce was celebrating the fact that they don’t have to pay their workers overtime pay when they make them stay for more than 40 hours a week.