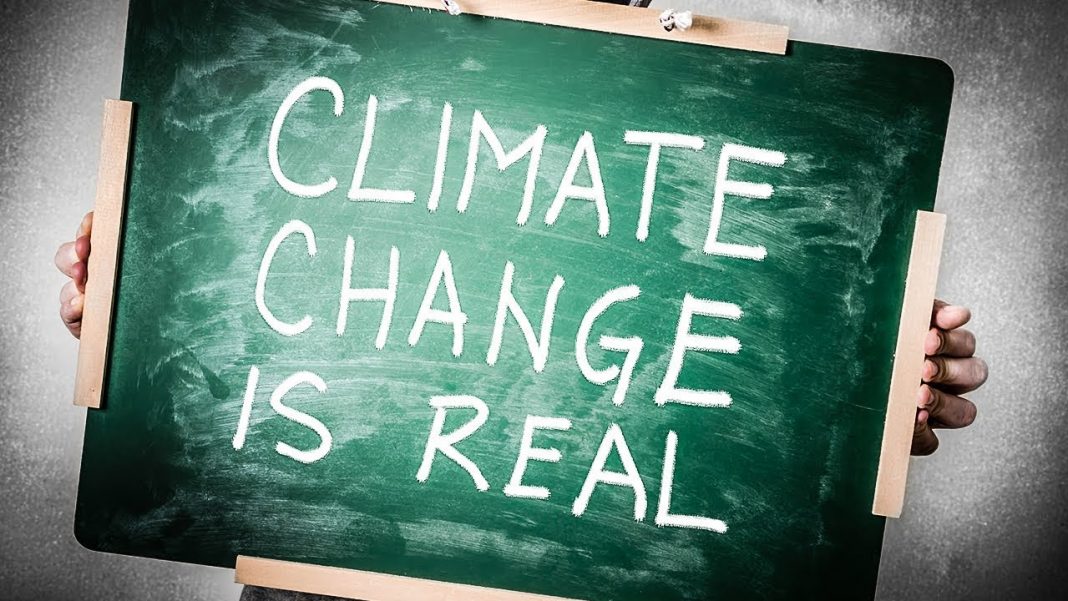 Climate change is an issue that should not be partisan, yet in the United States, acceptance and belief in action on the issue are split down Party lines. This is because the wealthy interests who own the Republican Party don’t want action on climate change because it could cut into their profits, and they are the ones keeping America behind the rest of the world on the issue. Ring of Fire’s Farron Cousins discusses this.

Since Hurricane Harvey even formed down in the Gulf of Mexico, the issue of climate change and how it affects hurricanes and causes them to strengthen has been at the forefront of some media coverage. Not all of it, but a few outlets are actually talking about climate change for the moment. It makes people wonder, when we have a majority of Republican voters, a majority of Independent voters and a majority of Democratic voters, who all support some kind of action on climate change and who a majority say that yes, climate change is real and human beings are causing it, why do we still have not action on one of the most important issues around the globe.

Most of the wealthy Republican donors who fund this party do not have a stake in climate change one way or another. They’re not fossil fuel interests. They don’t run logging companies. They’re just millionaires and billionaires. Some of them own casinos. Some of them own other corporations. Climate change isn’t necessarily something they care about. They should but they don’t, but they continue to fund climate change denying politicians because those happen to be the same politicians, excuse me, who want to give them a massive tax cut, and that’s what they care about.

That’s why they’re doing this. Yes, trust me, there are plenty of fossil fuel interests like the Koch brothers who fund Republicans because they want to stifle action on climate change, but it’s mostly that tax cut thing. Think about that folks. We have to suffer. We have to watch this planet be destroyed because a few wealthy Republicans want to get more money back at the end of the year in their taxes. Is that fair? Is that how this democracy should even work?

No, it’s not, to answer the question. Citizens United, that particular ruling, has destroyed America as we knew it. That’s not to say that millionaires and billionaires buying elections wasn’t a problem before that, but Citizens United took it to a level that we have never seen in this country, and it literally gets worse every election cycle.

Why do people keep voting for these people? Well, it’s because they have more money during the campaigns. They can afford to have more rallies, to run more negative commercials about their opponents, and they have more money because those wealthy donors don’t care if the planet burns down as long as they get their tax cut. They’ll be long gone before the real serious effects of climate change hit the United States, so they don’t care. They don’t care about their children or their grandchildren or their great-grandchildren.

All they care about is putting a few extra dollars in their pockets while they’re still breathing and the planet can burn down in the process because it won’t affect them in the end. That’s why the United States is so far behind the rest of the world when it comes to dealing with climate change and switching over to renewable energy.