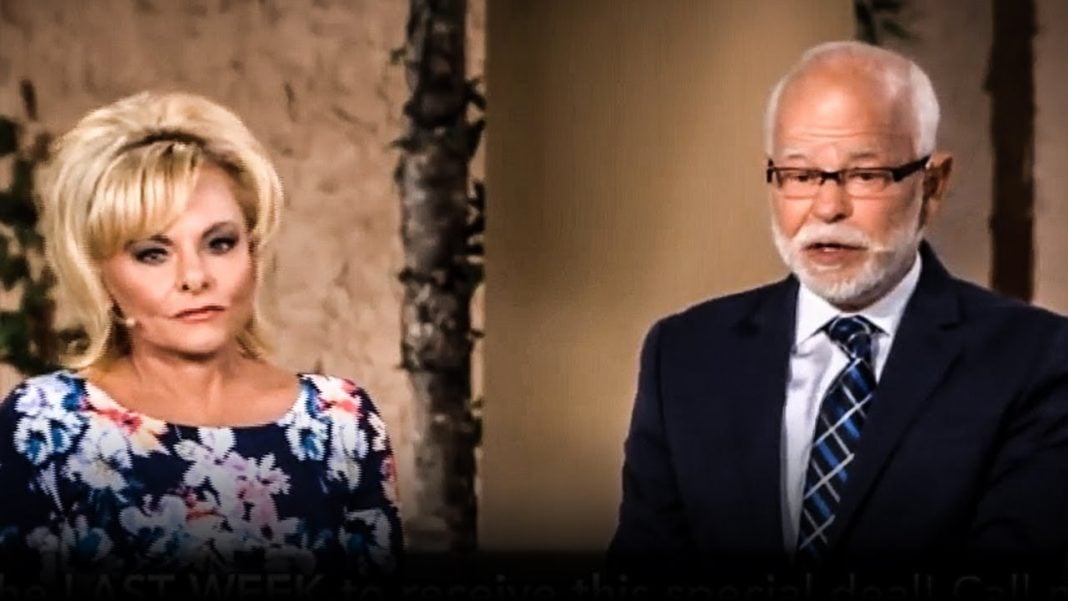 Televangelist Jim Bakker made a shocking prediction on his television show this week – He says that Christians will start a new civil war in the U.S. if Donald Trump is impeached. Ring of Fire’s Farron Cousins discusses this.

Most people may have thought that televangelist Jim Baker was no longer a thing, but as it turns out the guy actually still has a television show and he’s still out there pushing crazy far right policies and principles to his religious based audience. But what he said earlier this week kind of takes this whole religious right thing in a brand new direction. Take a look.

Pastor Ramiro Pena:         Kim Clement, before died, he prophesied they will be screaming “Impeachment! Impeachment!” But it will not happen.

Jim Bakker:         Well, I tell you what, I will predict if it happens, there will be a civil war in the United States of America. The Christians will finally come out of the shadows because we are going to be shut up permanently if we’re not careful, and God says faith without works is dead.

Jim Bakker:         We have to do things. God has been dealing with me, and I don’t know about you. It’s time for preachers like you … You’re doing it … To stand up and shout out.

That’s right, folks. For some reason, if Donald Trump, who happens to be probably the most non-religious person we’ve ever elected as President of the United States … If something happens to him as far as impeachment goes, Jim Baker and his Christian army are going to start a civil war in the United States.

Now, first of all, I don’t understand for the life of me how any evangelical, how any Christian, or Catholic, or anybody who even believes that there’s a higher power out there could embrace a guy like Donald Trump. What has he done specifically to show you people that he’s actually on your side, or that he even believes in religion, or that he’s just a moral, stand-up kind of guy? Because everything that we’ve seen from him publicly show that he could not be further from the word of the Bible than anyone.

Nonetheless, Jim Baker says he’s going to get his little Christian soldiers out there and start some kind of Civil War if Donald Trump is impeached. Well, here is a little US history lesson for Jim Baker. You see, this country is not guided by rules put forth in a 2,000-year-old book. It’s guided by the rule of law set down hundreds of years ago in this country, so if Donald Trump were to be impeached, that would be following with the law here in the United States, and that, unfortunately for you, buddy, trumps whatever religious nonsense you’re spewing out to your viewers.

And let’s also not forget that Jim Baker is a guy who spent time in prison for mail fraud, wire fraud, conspiracy, and all sorts of other criminal activities, yet he sits there claiming to have the moral high ground while bastardizing religion for his sheepish followers. That is one of the most disgusting things that a human being can do, and that is actually something that is specifically mentioned in the Bible as one of the worst things you can do.

But that hasn’t stopped Jim Baker. He’s still going strong after all these years, after his time in prison. And his followers seem to overlook that, just like they overlook all of Donald Trump’s flaws. If you want to believe in religion, believe in religion, but stop following these false prophets … People like Jim Baker … And stop propping up anti-moral people like Donald Trump. And sure as hell don’t threaten to launch some kind of civil war if we follow the rule of law here in the United States and get Donald Trump out of office.