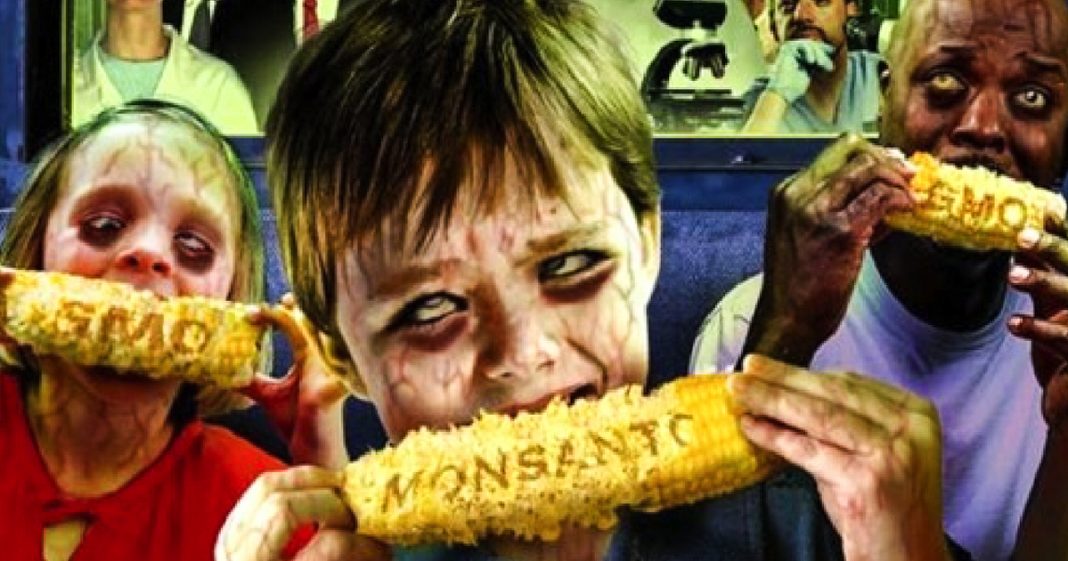 Internal documents from Monsanto’s own file cabinets were released which detail the company’s efforts to influence media reports and scientific research related to the risks associated Roundup. Ring of Fire’s Sam Seder and Farron Cousins discuss these documents.

Sam: Farron, when we broke, you had told us basically the history of Monsanto in regards … I should say, the history of Roundup in regards to the EPA. Roundup, of course, is one of the most widely used, I believe, herbicide in the country. Its active ingredient glyphosate. Monsanto has spent $60 million since 2008 lobbying politicians and our government. You told us that in the 80s, glyphosate was considered by the EPA to possibly be a carcinogen. In 1991, something changed. The EPA said it’s safe. The law does not require any type of review of that EPA finding for 16 years. They waited 15 years and 11 months to review the data with an outside, supposedly outside, independent review committee.

When that report came back, which was skeptical of the safety of glyphosate, the EPA commented on this by basically … I don’t know. You describe it as just, sort of a bit of a whitewash. And then, earlier this week in the course of a civil action, the law firm representing some plaintiffs, and if you can tell us a little bit more about that case, that would be great, released a treasure trove of documents, internal documents, from Monsanto, to, it seems … Were they EPA officials, or they were all internal Monsanto? Which one was that, Farron?

Farron: Unfortunately, it’s a little bit of all of them. They are actively working with people inside of the EPA. They’re working with people who are working with the EPA. It’s a huge web, really, of just Monsanto connections. And again, as you point out, this is company that spends millions of dollars each year on lobbying. They spend millions of dollars on scientists. At one point, what we found out from this email release earlier this week, is that they were offering scientists tens of thousands of dollars if they were willing to write studies, or author a report, that would cast doubt on a previous report that showed that Roundup glyphosate was carcinogenic. So, this is a company that has connections everywhere and they have the cash available on hand to be able to pay anyone they want to basically say what they want, and that is one of the many things that we learned from these specific documents this week.

And here’s another thing. It’s not just the outside people that they’re trying to influence here. We have a Monsanto scientist, somebody, a woman, Donna Farmer, who actually worked at Monsanto, was one of their scientists studying this. Here is what she said. We found this out from the documents. Quote. “You cannot say that Roundup is not a carcinogen. We have not done the necessary testing on the formulation to make that statement. The testing on the formulations are not anywhere near the level of the active ingredient,” so even Monsanto’s own scientists are admitting that this company is not being forthright. They’re not being honest, and that is the kind of statement that a lawyer, a plaintiff’s lawyer, will absolutely use to destroy Monsanto in court.

Sam: To be clear, what that scientist is saying, that Monsanto scientist, is saying to other people in Monsanto, it’s saying that when you have run these tests on what you call Roundup, it is not really Roundup, because the amount of glyphosate in it is not nearly what it is when we put it out into the product that we sell to people. Is that basically it?

Farron: That is exactly correct. They’re doing their own studies in house on the, I guess, toxicity of glyphosate, but they’re putting in so little that, of course, you’re not going to get the same results as a farmer who goes out there with a giant spray tank on his back. He’s breathing this stuff in as he’s spraying it all over. And to be honest, it’s not even just breathing in. Another thing we learned from these documents this week is that there is a massive problem with the toxicity from glyphosate skin absorption. If you get this on your body, it will soak into your skin. Exposure to any form of glyphosate is detectable in the human blood stream through absorption, absorption or inhalation, within 30 minutes.

Sam: One hand, we have the EPA. We know that Trump’s EPA has basically reversed course and is keeping a chlorpyrifos, which is another … I guess. Was it a pesticide, as opposed to an herbicide? They’re keeping that on the market despite the fact that it’s shown to hurt pregnant women, hurt the fetuses, to hurt other individuals. Where is … We only have a couple minutes here left. Tell us what the dynamic is between the EPA track and this lawsuit track.

Farron: Right now, these lawsuits are not necessarily going with what the EPA has to say. They’re going with the independent scientists. They’re going with the World Health Organization, with IARC. They’re trying to show that, look, everybody else, essentially, that’s looked at this issue from around the planet, says that this thing is causing cancers like Non-Hodgkin Lymphoma. It causes many others, but that’s the main crux of everything here. Whereas, the EPA continues to drag their feet. They continue to listen to Monsanto over their own scientists, or over independent scientists, so that’s why we’re at a crossroads.

Listen. The State of California, a couple weeks ago, said, “To hell with the US EPA. We’re going to go ahead and classify glyphosate in the State of California as a probable human carcinogen. We’re not going to sit around and let people be exposed to this thing.” Even if the science is actually uncertain, it’s better to err on the side of caution than it is to just say, “Nope. You know what, go ahead. Let your kids play in it like it’s an outside sprinkler.” California took the lead on this issue. Hopefully, other states will follow.

Sam: All right. We just have 60 seconds left. What is the purpose of a firm putting this stuff from discovery out in the public, as opposed to, let’s say, holding it for trial? Are they looking for a settlement? Are they looking to inform the public? We’ve just got 30 seconds. What’s behind that?

Farron: Honestly, it could be a little bit of both, but I think at this point, a lot of people understand that there are a lot of people at risk. And most of the time, regardless of what the Chamber of Commerce says, lawyers are out there to protect people, to protect the public’s safety, and to inform the public. Too few news outlets are actually covering this story, and so for them to put these documents out is a way to gather attention on it, and at the very least, inform as many people as possible that this thing is a lot more dangerous than Monsanto says. At the very least, Monsanto has been completely dishonest about the way that they have handled this and the way they’re working with the EPA.

Sam: All right. Well, we’ll put a link to it at the ringoffireradio.com and in the podcast description of this show. Farron, appreciate your coming on. Just really big news that is just not getting covered in the mainstream press. Farron Cousins, always a pleasure. I’m Sam Seder. This is Ring of Fire Radio. We’ll be back with more right after this.