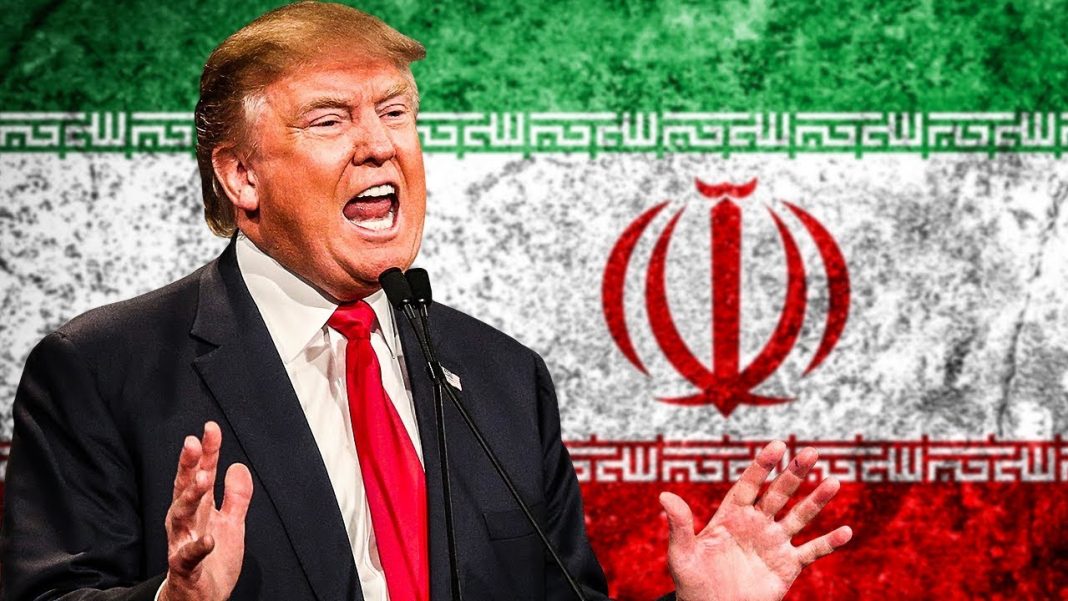 Intelligence officials claim that Donald Trump has been pressuring them to find some kind of evidence proving that Iran has violated the terms of the nuclear agreement that they signed under the Obama Administration. Officials from all over the world agree that there is absolutely no evidence showing that Iran has not fully complied, but Trump is desperate to start a war with the country. We have seen this story play out before with Bush and Iraq, and Americans do not want to see a repeat of that disastrous quagmire. Ring of Fire’s Farron Cousins discusses this.

According to reports, U.S. intelligence officials are being pressured by the Trump Administration to find some kind of evidence showing that Iran is in violation of the 2015 nuclear agreement that the country signed with five other countries, including the United States. The reports show that Trump desperately wants these intelligence officials to find somewhere, some instance in the last two years, where Iran has not lived up to the terms set forward in this particular agreement.

Nobody has found any instance where Iran has been less than fully compliant to the best of their abilities. But that hasn’t stopped Donald Trump, according to a new report in The Guardian, from forcing his intelligence officials to waste their time to give him some kind of excuse to launch a new war in the Middle East because, at the end of the day, that is what this is about.

He’s using the same tactics that George W. Bush used to push us into the Iraq war. During that run-up to Iraq, intelligence was manipulated to show somehow that Saddam Hussein was producing weapons of mass destruction, which we now know was completely false. To this day, not a single weapon of mass destruction has ever been found in Iraq, there was no evidence that they were attempting to make these weapons, or that they were even close to being able to produce these weapons, and Donald Trump is trying to push the United States in that same direction today.

The only hope here, and The Guardian points this out very well, is that intelligence agencies, other countries around the world, learned from those mistakes in Iraq because, even at the time, there were some countries who believed us, who fell for it, who also had intelligence showing that Iraq was building WMD’s. So there was this non-consensus, I guess, among the intelligence communities around the world about what Iraq was actually doing. Ultimately, they decided to go to war and prove to everybody in this country and around the globe that there were no WMD’s.

This time, they know better. They have their own evidence that shows that Iran is not doing anything to violate that nuclear agreement at the moment. Does that mean it’s always going to be that way? Absolutely not. We don’t know how far we can trust them. We don’t know if they’re going to continue complying with this if a new leader steps forward and says, “I’m not going to agree with it.” Then we will have to deal with that situation.

As it stands right now, Donald Trump has absolutely no grounds to be trying to find any evidence of Iran doing something wrong. What we do know is that the media loves it every time Donald Trump bombs somebody, his approval rating jumps back up, so that could be a very good indicator as to why Trump is so desperate to find any excuse whatsoever to go lob a couple of bombs over to Iran.