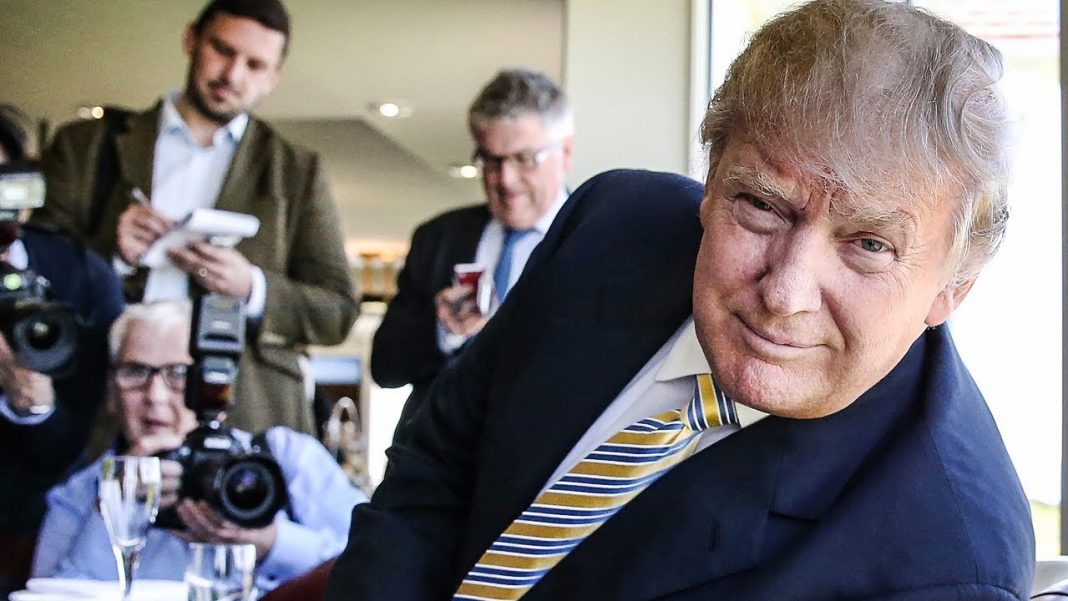 Donald Trump still enjoys strong support from his alt-right base. But even among traditional conservatives, his support remains relatively high. The people who stand by this man are nothing short of delusional, and it is past time for them to admit that they screwed up and voted for one of the worst human beings imaginable. Ring of Fire’s Farron Cousins discusses this.

If you’ve ever been in an argument with an avid Donald Trump supporter you will very quickly find out that these people have no idea what they’re talking about when they defend the president. Usually they’ll revert to some kind of tactic of “Oh, Liberals are stupid. You snowflake, go find your safe place.”

That’s about all they can do. They’ll say that oh, you’re being funded by George Soros, because that’s  also another common Republican talking point. But here’s the thing, this is what Republicans all around this country have to be willing to admit at this point; you, Republican voters out there, voters for a very pathetic loser to be our president of the United States.

There is no other way to say that at this point. Donald Trump is pathetic. He is whiny, and he’s a looser. Yeah, he won the electoral vote, whatever. You can win things and still be a loser though, and that’s what Donald Trump is. His response to Hurricane Harvey is the latest example of what a horrible human being Donald Trump truly is.

All of his policies that he’s gone along with and wanting Republicans to push about taking away money from afterschool programs to give in a tax cut to the rich, that’s pathetic and that’s disgusting, and that’s what you voted for.

In the last seven-and-a half months Donald Trump has killed more civilians in the Middle East than Barack Obama did in eight years. That’s from the latest reports coming out of what’s going on in those wars that a lot of us forget even are going on right now, that Donald Trump is in charge of. Donald Trump is having our military overseas kill civilians; again, disgusting.

But Trump voters don’t seem to understand that, and yes, I understand Donald Trump is losing support amongst some Republicans. But there are plenty of hard core people out there who refuse to accept the truth. I’ve seen a lot of Republicans come out and say, “I do not support him anymore. This man is horrible. I was duped. I was lied to. I fell for it. I’m sorry. I’m sorry I said to give Donald Trump a chance once he was elected. I regret that.” That’s from both Democrats and Republicans at this point.

But those people who refuse to step up and admit that Donald Trump is possibly the worst possible human being alive in the United States that we could’ve elected to be our president, those are the people that have to understand that they were pawns, and they still are. Do you think the Republican party actually cares about you?

But as long as we have these Trump holdovers, those people who refuse to accept reality, we are constantly, be it either by the president of the United States or members of the House of Representatives or the senate, we’re going to be living with a faction of this country trying to hold us back, hold us down, and take us backwards.