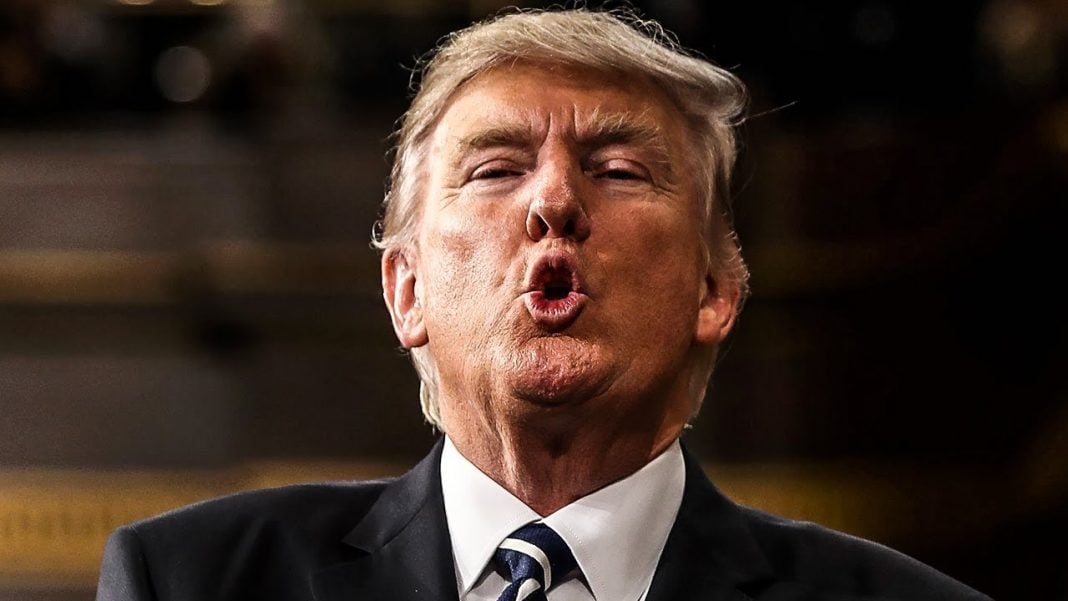 The very few Republicans who are standing up to Donald Trump are making headlines on a regular basis, with the media pointing to these folks as conservative heroes. But let’s not forget that these same people want to enact the same policies that Trump wants, and they are just as hungry for overseas conflict. They are the same horrible policies contained in a slightly-less-offensive wrapper. Ring of Fire’s Farron Cousins discusses this.

There was a very interesting article recently on Huffington Post that said, “We shouldn’t be praising these Republicans who are coming out against Donald Trump, or positioning themselves as the anti-Trump during campaign or whatever it is they’re actually trying to do.” And I agree with that, absolutely 100%, but that particular article did not go far enough to explain why we shouldn’t treat these saints or excuse me, these sinners as if they’re saints. Here is why. There may be a few exceptions to this, but for the most part, there are no Republicans in Washington DC or no Republicans serving in state legislators or as state governors, who do not believe 99% of the same things that Donald Trump believes. I don’t care what the media tells you. I don’t care that the media’s lyinizing these people. Republicans believe in the same things as Donald Trump.

Tax cuts for the wealthy, cutting entitlement programs, like Social Security, cutting programs to help pay teachers and fire departments, and police officers, after school programs. Cutting back on Medicaid, Medicare, Food Stamps, unemployment insurance. Giving tax cut to the wealthy, denying that climate change exists, or admitting it exists but then choosing to do nothing. Those are hallmarks of the Republican Party. Donald Trump did not invent those. He didn’t come up with any of those ideas. He doesn’t even have any idea on how to make them even more harmful for the American public. Those are Republican Party, Republican official ideas. That’s where they came from.

So when you see a story about John McCain, what a hero coming out not voting to strip 22 million of their health insurance, right? No, because McCain has been right there with the entire Republican Party, pushing for tax cuts on the wealthy, which would constantly push us into a recession, fighting to take away the benefits of struggling families. Fighting to send us into more wars, so more of our children, our grandchildren, or our parents can go and die overseas in a needless war. John McCain is not a hero in politics, and it’s time stop treating him as such. The same with John Kasich, the man who disenfranchised thousands of Ohio voters in presidential elections, to help swing the elections. Yeah, that guy who went after those racist policies to keep black people away from the voting booth. That’s a not a Republican hero because he stands up to Donald Trump.

These people are standing up to Trump, because they see the damage he does to their party, not because they disagree with his policies but because they don’t want him to tank their party for good, or they see this as an opportunity for them to emerge as a leader and take over. They are not heroes. They do not stand against anything Donald Trump stands for. They want the same things. Donald Trump wasn’t even the first Republican to bring up a border wall in the 2016 election. That’s been a Republican talking point for decades, folks. So don’t think that Donald Trump is sitting in that oval office coming up with these ideas on his own. He’s not smart enough to do that. These are long standing Republican goals that have been around a lot longer than you or I have, and they’re gonna be around a lot longer than any of you or I will be. These Republicans out there who are fighting against Donald Trump, allegedly, they believe in the same things, except they’re just wrapped up in a not so overtly racist package. That’s the only difference between people like John Kasich and people like Donald Trump. They are not heroes. Let’s stop treating them as such.