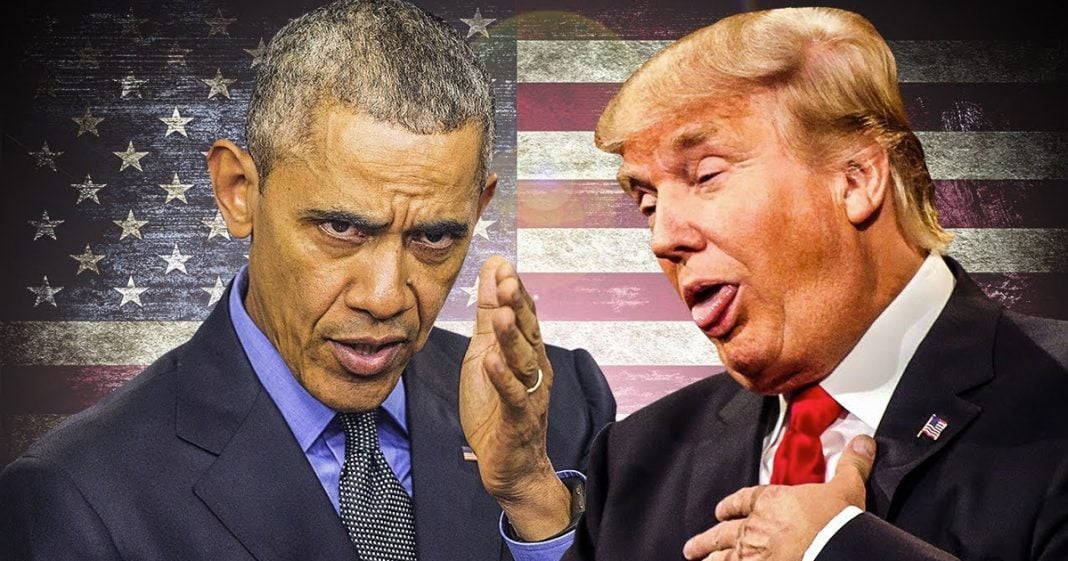 The Trump administration has reportedly slashed funding for crucial Obamacare programs, a move that will lead to fewer insurers available and fewer people able to sign up. This is a calculated plan on behalf of the President who promised he would let the program fail a few months ago, but his active sabotaging of Obamacare will be the only thing that destroys it. Ring of Fire’s Farron Cousins discusses this.

After the Republicans in the Senate failed to pass any form of health care reform, basically to repeal Obamacare, Donald Trump said, “You know what? Fine. I’m just going to let Obamacare fail on its own.” Because as Republicans kept telling us, the Affordable Care Act, Obamacare, was absolutely failing. It was in a death spiral is what Paul Ryan and a lot of Republicans like to tell us, so they were just going to sit back and let that happen and do nothing to fix it.

Well, as it turns out, every available report that’s looked into it said Obamacare was actually flourishing. It was nowhere near being in a death spiral because it was actually getting better. More people were signing up for it. Obamacare was growing. And, because Trump can’t have anything that President Obama did actually succeed, he’s now decided he is actively going to sabotage the Affordable Care Act and, by extension, sabotage the lives and health of American citizens.

Here is what Donald Trump has proposed to do. He is going to slash the advertising budget for the Affordable Care Act down to about 10% of what it was during the time of open enrollment. What this means is that people will not be able to get the information they need through TV commercials, through billboards, through radio ads, or whatever. It’s not going to be there because there’s no budget left for it. They’re not going to know that it’s time for open enrollment. A lot of people don’t necessarily pay attention to that every year and check the website every day to get those dates. Trump is trying to take away their ability to sign up so he can go back later and say, “Look how many people decided not to sign up for Obamacare because it’s a failure.” He’s not going to take any of the blame for it. He’s going to put it all on Obama, even though Trump is the single person who is making this happen.

Furthermore, they’re going to cut back on the funding for staff that help people navigate the waters of Obamacare, that help them get signed up and pick their plans. Basically, cut the staff down to absolutely nothing, so there aren’t enough people to help consumers pick out the plan that they need or that best fits their budget and their family. So, instead, people may end up buying a policy that over covers or under covers them, that costs too much, or that costs so little but, again, doesn’t cover anything. Therefore, they would consider the system to be a failure.

The bottom line is this. Obamacare has not failed. Obamacare is not perfect. There is a hell of a lot of room to improve, but the only reason it could fail at this point is if Donald Trump and the Republican sabotage it, which is exactly what they’ve said they’re going to do. This is disgusting behavior from the President of the United States and something that we as an American public should not tolerate. Unfortunately, we have little recourse until the 2018 midterm elections. But when those elections roll around I want everyone to remember which party was fighting to give you universal health care coverage, and which party was fighting to give health care coverage to only the wealthy who could afford it and, at the same time, give the wealthy a tax break.