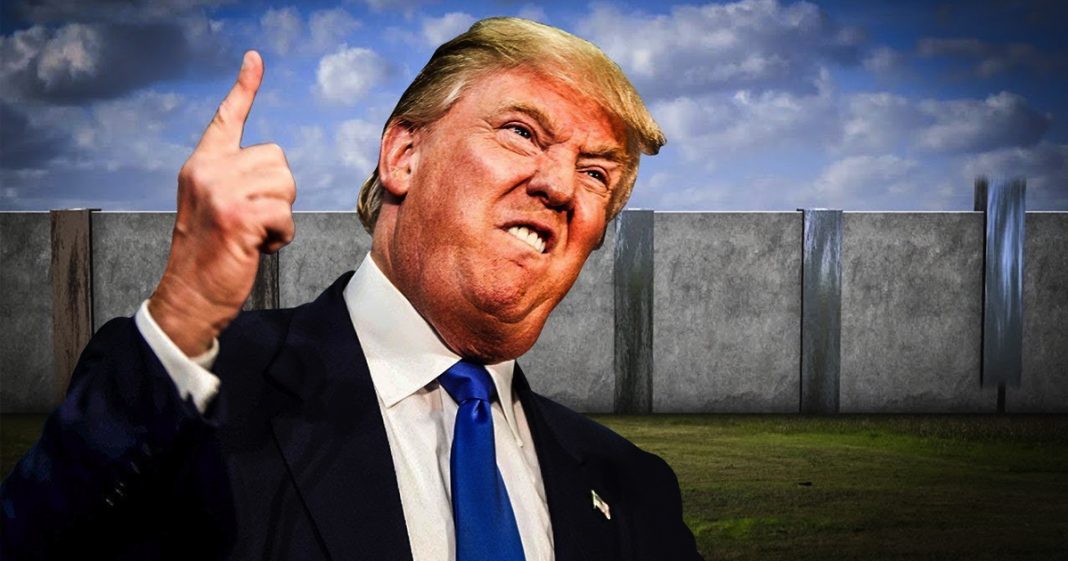 Republicans in Washington are hoping that they can cut $1 billion from federal disaster relief programs in order to give Trump some of the funding he needs for his border wall. This is happening at a time when American citizens are drowning in flood waters from Hurricane Harvey – a natural disaster that will cost billions. Ring of Fire’s Farron Cousins discusses this.

In case you didn’t know it, portions of Texas are still under several feet of water. As of Wednesday of this week, another Texas town was inundated with even more flooding. Houston is still flooded, other areas still experiencing torrential rainfall. The floods are actually expected to continue to increase even after the rainfall as rivers come over their banks, as levees potentially fail, the flooding is actually going to get worse even when the rain stops.

In spite of all of that, Republicans in Washington DC have come up with a brilliant plan to address this national disaster. They want to cut 1 billion dollars, or close to 1 billion dollars, from FEMA’S budget in order to give that money to Donald Trump to pay for his border wall. So at a time when we’re experiencing one of the worst natural disasters, one of the biggest humanitarian crises in the United States, the Republicans actually want to cut the funding for the agencies that respond to these disasters and help to rebuild. That’s the Republicans’ plan.

Now I know we’ve talked about Donald Trump’s heartless and lack of empathy in his response to the victims of Hurricane Harvey, but this Republican proposal here is downright mean. It’s not just a lack of empathy. It’s an attempt to further punish victims because that’s what the Republican party does best. Oh your home got flooded because of a hurricane? Well it’s either one because you were some kind of sinner and God was punishing you, or two it’s because you are too stupid to get yourself out of there and we’re not going to pay for that.

If you’re raped, it’s probably your fault too according to the Republicans. If you’re poor, that’s your fault because you’re just lazy. If you’re hungry, it’s your fault because you don’t have a good enough job. Everything in the eyes of a Republican is somebody else’s fault. It’s not the fault of the system they created. Hurricane Harvey certainly isn’t the fault of the fact that that entire party denies the existence of climate change as part of their national policy. It’s because those people just didn’t move out of the way when the water got there. Maybe you should have owned a boat and we wouldn’t have to spend money on FEMA to help you rebuild.

This is one of the most disgusting policy proposals from the Republicans we’ve seen in recent times; probably even more disgusting than their horrible health care proposal from earlier this summer because we’re currently going through a humanitarian natural disaster in the United States. Furthermore the fact that they actually want to give Donald Trump the money to pay for his border wall shows just how callous they really are towards regards to any human being on the planet.

That’s right folks. It doesn’t just apply to people here in the United States. Apparently the Republicans are willing to just hate anyone and everyone for any reason at all. That’s why we want to keep them out of our country. At this point, the only walls that we should be funding are better levees in cities along the coast to prevent floods like this from happening in the future or to at least make them less severe.

Those are the only kinds of walls we should be talking about. To be considering cutting funding to save people’s lives following natural disasters so that Donald Trump can get his little pet project funded is absolutely deplorable, but that is exactly what the Republican Party has become at this point. They truly are a basket of deplorables.