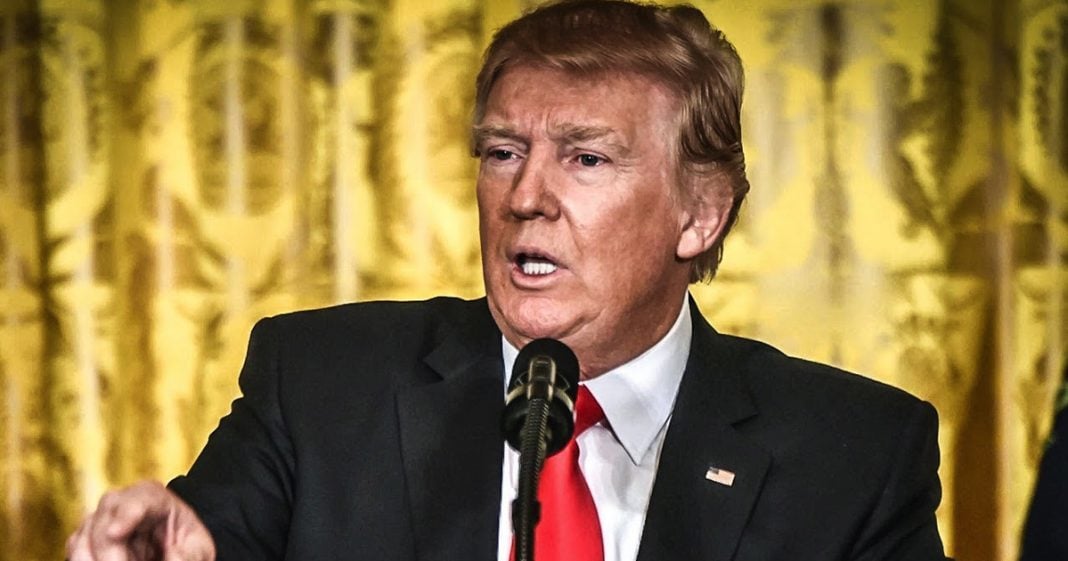 Democratic Representative Adam Schiff has proposed an amendment to an appropriations bill that would prohibit the Secret Service from spending any of their funding at Trump-owned properties. The Secret Service is running out of money after spending hundreds of thousands of dollars on overtime and travel expenses while protecting Trump’s family – money that is going right back into Trump’s pocket. Ring of Fire’s Farron Cousins discusses this.

As reports have been showing us recently, the Secret Service is running out of money due to Donald Trump’s constant travel and refusal, basically, to do his actual job as president and stay within the White House, so in response to the fact that the Secret Service is going to run out of money at the end of September to pay 1,100 agents, Democratic representative Adam Schiff has proposed an amendment to an appropriations bill that would prohibit the Secret Service from spending any money whatsoever from their budget at any Trump owned or Trump family owned property here in the United States or abroad.

What’s great about this is that this is something that does absolutely need to happen. This isn’t just trying to gain attention at this point. This is truly a crisis that we are experiencing here. We need the Secret Service to be able to do their jobs and protect the president and his family. Whether you like Donald Trump or Ivanka and the rest of the gang doesn’t matter. It’s the job of the Secret Service to keep those people safe and they need to be able to do that job. It’s not up to us to decide whether or not they should be protected. It’s there. It should be happening, but Donald Trump is damn near bankrupted the agency and it’s going to his own clubs.

The Secret Service has spent tens of thousands of dollars renting golf carts, just golf carts at Trump owner properties so they can follow the fat, little president around while he plays golf. They have spent hundreds of thousands of dollars overall at Donald Trump owned resorts, money that goes directly back into Donald Trump’s profit and that’s the big thing about this Schiff amendment. It’s not to make the president look bad. It’s not to be a jerk. It’s to prevent Donald Trump from profiting off of the presidency, which is technically illegal, but that’s what he’s been doing since day one and that’s why he continues to go to his own properties, so when the Secret Service has to go and spend $60,000 on golf carts, that $60,000 that goes back to the Trump Organization, which at the end of the day ends up back in Donald Trump’s profit. Maybe not 100% of that money, but a good percentage, enough to piss of the American public that’s paying their taxes to fund the Secret Service.