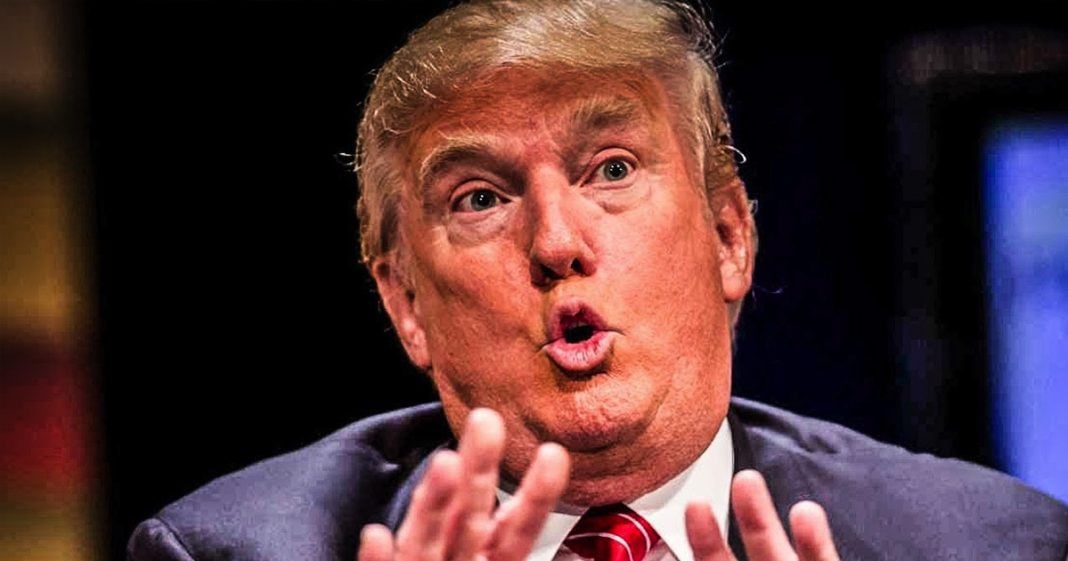 According to reports, Donald Trump’s advisors in the White House are warning the president that he does not have enough allies in either the House or the Senate to survive the impeachment process as Bill Clinton did in the 90’s. Advisors are reportedly warning Trump to pull back on his constant attacks on the Republicans, otherwise his time in office is more than likely going to be cut very short. Ring of Fire’s Farron Cousins discusses this.

According to a recent report by the Washington Post, Donald Trump is being spoken to by his advisors. Basically what they’re telling him is that he needs to stop pissing off the Republicans in the House and Senate if he wants to stave off impeachment. Essentially what these aids are telling him according to reports is that if he wants to survive his first year in presidency or any year beyond that, he has to start creating alliances because as it stands right now he may not even have enough votes, should impeachment come up, to keep himself in office.

Now this is something that we have obviously talked about several times here on Ring of Fire. We’ve mentioned the fact that Donald Trump loves to go after both Democrats and Republicans, alienating the very people who control his future, but at least at this point his aids understand the severity of this situation especially now that we know that latest reports out are showing us that special prosecutor Bob Mueller is actually now looking into Donald Trump’s cover-up of Donald Trump Jr.’s meeting with Russian officials in Trump Tower, so yes, Donald Trump is involved in the Mueller investigation and yes, there are plenty of people in the House talking about invoking the 25th Amendment to remove Donald Trump from office even before the special prosecutor investigation concludes.

So the smart thing for Donald Trump to do at this point would be to stay off of Twitter and stop attacking the very people who control your destiny because it’s one thing for this guy to go ahead and attack Democrats. He’s a Republican. That’s what they do. Same goes the other way. However, when he starts attacking members of his own party, not only does that hurt his chance of staying in office, but it also harms the Republican party itself, and those wealthy donors are not going to sit by while Donald Trump trashes people who are up for reelection who could tip the House back to the Democrats, causing these wealthy Republican donors to lose a lot of money, so these aids are telling the president what we’ve been saying for quite some time now, and that is, you got to have friends if you want to survive in this business.

During the Nixon administration, Nixon would send an aid almost every day to the Senate to find out if the votes were there to save him from removal from office via impeachment. The day that that aid came back and said, “No sir, the votes aren’t there” coincides with the day that Nixon resigned, so past presidents have understood the importance of keeping allies on both sides of the aisle in Congress and in the Senate. Bill Clinton did the same thing with his triangulation in the ’90s when he was facing impeachment, which prevented him from being removed from office. Donald Trump doesn’t seem to learn very much from history, and at this point he needs to take all of the advice he can get because as this investigation by Bob Mueller heats up, it’s not looking like Donald Trump is still going to be president at this time next year.