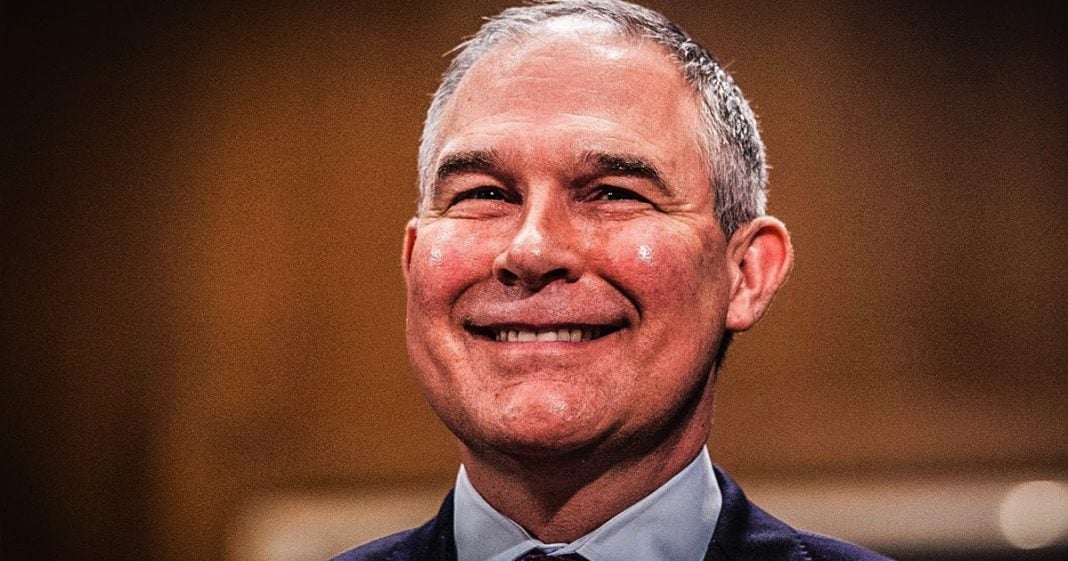 In one of the most confusing statements given by a Trump appointee in quite some time, EPA chief Scott Pruitt told a Texas radio show last week that we shouldn’t let science be “thrown around” in Washington, D.C. in order to influence policy. No, Scott, that is EXACTLY what we should be doing, especially at places like the Environmental Protection Agency. Ring of Fire’s Farron Cousins discusses this.

Scott Pruitt, the head of the Environmental Protection Agency, appeared on a Texas radio show last week where he talked about the importance of science in the United States, or I guess more accurately he talked about the fact that we shouldn’t let science be important when it comes to United States policy. He specifically said, “Science should not be something that’s just thrown about to try and dictate policy in Washington DC.”

Now as a reminder, Scott Pruitt is head of the Environmental Protection Agency, an agency that is entirely built around science, and yet Scott Pruitt, the guy who leads a science agency, doesn’t think that we should let science decide what we do here in the United States. This is just furthering the continued assault on science and in general education that we have seen from people like Scott Pruitt and this White House for years now.

It happened under George W. Bush. It happened under Ronald Reagan. Intelligence is seen as a bad thing. Scientists, people with PhDs, people who know what the hell they’re talking about, they’re seen as the villains in these particular situations. Scott Pruitt has made it very clear since taking over the EPA that he wants to purge the agency of scientists and instead replace them with people from corporations, the very corporations that would be affected by any rules coming out of that agency, so you can only imagine what kind of rules are going to come out when the people who would be affected by them get to start making them.

Scott Pruitt doesn’t want science to dictate our policy. He doesn’t want us to be prepared for the onslaught of hurricanes that we could have, or the massive flooding, or the droughts, or the climate refugees. He would rather bury his head in the sand, and I guess maybe rule this country based off of Christian mythology, since science isn’t allowed to be used according to Pruitt.