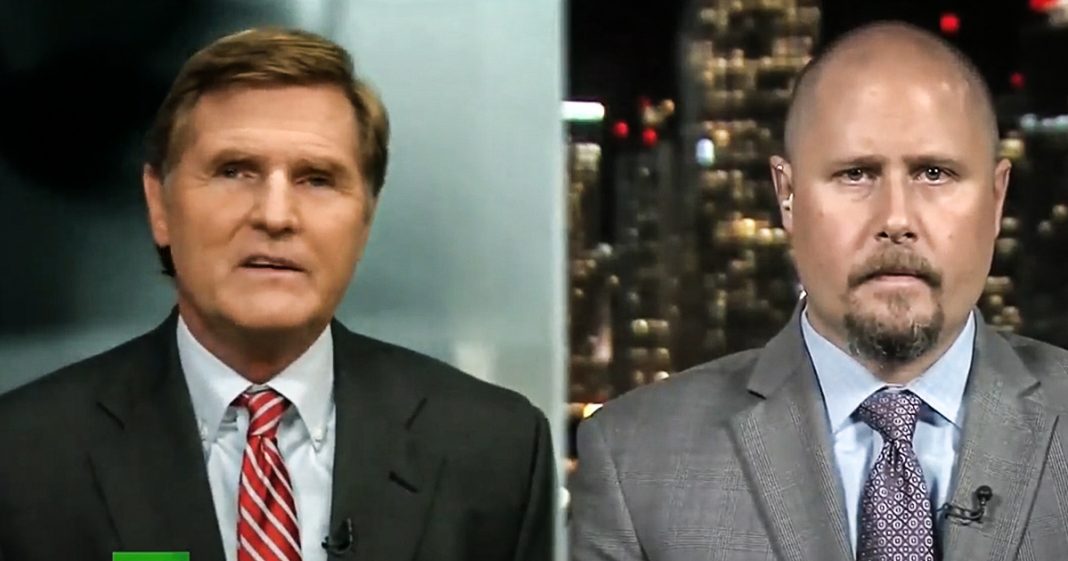 Anyone who has ever dealt with a mental disorder, either personally or cared for someone suffering with one, knows that treatment of these conditions is incredibly difficult. And when you’re dealing with mental health, one of the worst possible outcomes of treatment is when it makes the condition worse, or causes side effects that are nearly equal to the condition they are designed to treat. And that appears to be the case with a medication called Abilify.

Mike Papantonio discusses the dangers of this drug with attorney Chris Paulos.

Mike: Joining me now to talk about this is Atty. Chris Paulos who’s handling cases for people who took Abilify and developed very, very severe impulse control problems. Chris, this case, like so many others, requires attorneys to wear a lot of different hats in this case. You have to be a lawyer, a doctor, a neuroscientist, and many other things.

Tell us what we know about the science linking Abilify to this incredibly dangerous behavior. This is a real problem. People might hear this and they might say, well, big deal. They’re laughing at the idea that somebody may be gambling or having some hypersexuality problems. But the interesting thing is, these are everyday people that didn’t have gambling problems and they didn’t have the kinds of impulse problems that this product is causing. What’s happening here with the medication? What is the science showing about this?

Chris: Pap, the medication Abilify is, like as you said, an antipsychotic medication used to treat schizophrenia, manic-depressive disorder, and a whole host of other psychiatric conditions. The medication itself reacts with the dopamine receptor system in the brain. It’s not new science to suggest that when you mess with that particular system in the brain that you will manipulate the reward sensitivities of an individual.

There’s been previous lawsuits involving medications that have a similar mechanism of action or that affect the same sections of the brain where it’s caused impulse control disorders, such as gambling, hypersexuality, hyper-shopping, compulsive shopping, and other impulse control disorders. The science as to how the brain works and what these types of drugs do to the brain to cause these problems is very well-established. As it relates to Abilify itself, it’s very strong science.

Mike: Chris, first of all, there have been other companies that had been faced the same thing that settled the cases right at the eve of trial because they knew the science was clear. This is just something that’s aberrational here. You’ve had other companies who’ve been through the same thing that understood the problems and had to settle the case. Tell me this, though. Is there indications that this drug company was aware of all these dangers and determined to sell it anyway? Are you seeing that?

Chris: Absolutely. In fact, one of the most compelling aspects of the story of Bristol-Myers Squibb and Otsuka Pharmaceuticals as it relates to Abilify is that, they were well aware of the concerns of European regulatory agencies almost a decade ago about these problems due to case reports in France and other European countries, and they were forced to change the European labels on the drugs they were selling across the pond, so to speak, years and years and years ago and refused to do that for American consumers.

The label in America that was being given to consumers here did not warn of things that it was warning about in other countries and other patients. They simply just ignored the American consumer in terms of its side effects and failed to warn them for years before the FDA actually forced their hand.

Mike: You’re going to have boneheads that are going to see this discussion. Those boneheads are going to say, “Well, [inaudible 00:03:20] they gambled, they had sex, that was their choice.” Explain to the bonehead what it is that’s different about this drug and why it causes this impulse reaction that is not normal. Whether for anybody with a bipolar problem, a Tourette Syndrome, a tic, whatever, it’s still not normal to have these things happening. Explain that a little it, so people can put how bad this problem is into perspective.

Chris: As you said, the complexity of a mental health disorder is immense. When you mess the chemistry of the brain, particularly like this drug does, it creates a drive in the victim to solely focus on gambling or whatever the other impulse control disorder it may have. Any rational thought goes out the window. We’re seeing people who have never gambled a day in their life or never had any sort of other impulse control disorder in their life, and within just a few weeks of starting Abilify, become compulsive gamblers.

What’s been shocking to me as I’ve learned throughout the process how these types of disorders can affect somebody’s life is it’s devastating. We’ve seen marriages completely destroyed, families completely destroyed, life savings, people’s lives’ work completely blown away because of the impulse that this drug causes in its users. It’s nothing that the user can recognize as a physical injury, because it’s going on inside their head.

They often internalize this is something that’s wrong with them and they feel incredibly guilty, they lie and they hide the issue that they’re having because they think that it’s them and not the medication affecting them. It’s a completely devastating injury to the folks who have suffered it.

Mike: Chris, it’s inconceivable to me that these companies, the company that makes Abilify, this company did not know about other problems similar to their problems that other companies had experienced where it comes the impulse problems. I find it remarkable for them to be able to say, “How could we have known?” One way they could have known, of course, is simply to look at the history of other companies that make similar types of products that have actually settled these cases in the past. I’m curious, Chris, how does the FDA respond to the emerging science on this issue? I’ve always felt like the FDA is a total failure, but are they doing anything right at least in regard to this drug?

Chris: As we just discussed, the FDA looked at the totality of the information at the time and determined that there needed to be a label change, and that didn’t happen in the United States until 2016, so years after it happened in other countries that were once looking at the same science. The FDA was many steps behind other regulatory agencies and again failed the public in that sense. However, since then, they have again forced the company to now add these warnings to the label of the product so at least consumers now have that information.

Also, what they have asked is that an independent epidemiological study be done to confirm the scientific findings. Of course, the pharmaceutical company that manufactures the drug has refused to perform that study. However, other researchers that are not paid by the pharmaceutical industry or by the company have done epidemiological research and have confirmed the increased risk of impulse control disorders associated with Abilify, specifically the gambling, shopping, hypersexuality, and so forth. The drug has been found to increase the risk exponentially.

Mike: At what point does the Department of Justice get involved here and say, “Look, this is fraud. By not disclosing this, you’re putting people in harm’s way. You’re lying to the public.” Why aren’t these people prosecuted for this? There’s plenty to say a crime has been committed in some form. Somebody’s making these decisions. What does it take for the Department of Justice to lock some of these people up when they make these kinds of decisions to make billions of dollars at the risk of the American consumer? What is your take on that? When do you have a perp walk, Chris? At what point do you have a perp walk?

Chris: It seems to be just a cost of doing business these days in the United States, particularly in the pharmaceutical industry. When you’re caught with your hand in the cookie jar or you’re found injuring consumers, if you pay a fine or enter into a deferred prosecution agreement or a consent decree, that usually insulates anybody from within the company from going to prison. I absolutely agree with you, Pap, this type of conduct should require jail time, should put people away, and should be used to teach lessons to others who may even think about doing this. In today’s system of justice with corporations, we’re just not seeing that happen.

Mike: We got about a minute left. In some of the cases you’re seeing, what are the behaviors that you’ve seen develop with people?

Chris: What we’re seeing with people who have been exposed to Abilify that are suffering from these impulse control disorders are people who, in their life, have never shown that type of behavior before. They’re not a gambler, they’re not a compulsive shopper, or they are not a highly promiscuous person in terms of their sexual conduct. Only after being exposed to the drug for just a few weeks, their entire mindset completely changes.

They become addicted to a particular type of gambling, they become addicted to a particular type of food, and they constantly think about it and obsess about it. We’ve seen life savings go up in smoke. We’ve seen families completely destroyed because of the addictive type of behavior that this drug is causing. It just wreaks havoc on the family structure and on the person themselves. The guilt, the fear, and the shame that comes with these types of conditions is destructive to the person themselves.