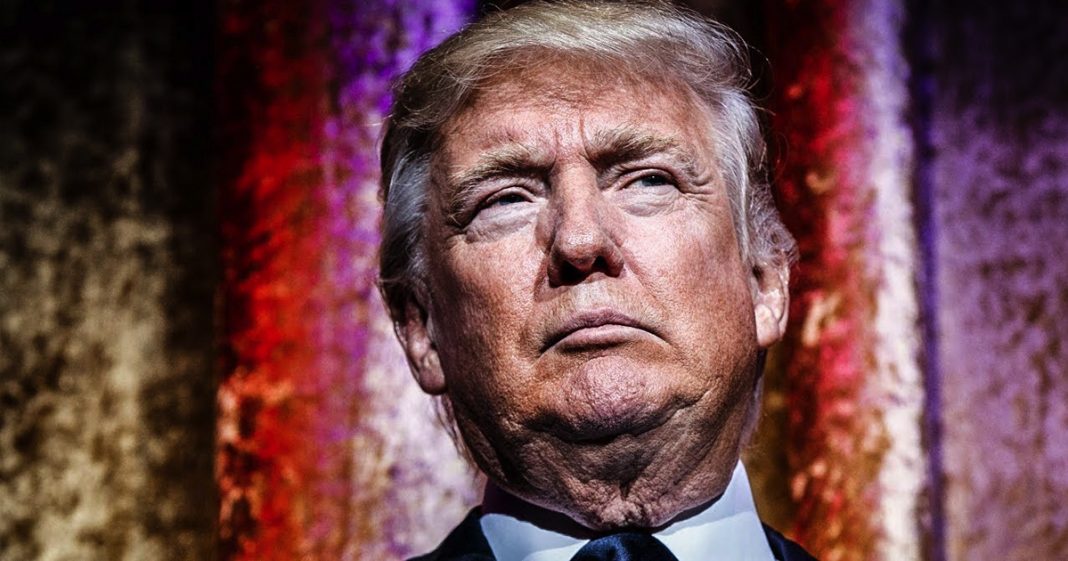 A leaked draft of a rule from the Trump administration shows that Donald wants to lift an Obama-era ban on giving surplus military weaponry to U.S. police departments. This is a dangerous move – one that could end up creating a police-state here in the United States with over-powered wannabe commandos calling the shots. Ring of Fire’s Farron Cousins discusses this.

A few years ago when we were experiencing the epidemic among police departments in the US of them killing minorities for no other reason than to just kill them, one of the big stories that emerged was the fact that many police stations are actually getting hand-me-downs from the US military, militarized weapons, vehicles, up-armored Humvees as if police departments need these, and they’re using these to go out there and act as these wannabe commando types and they’re killing minorities.

Well, Obama decided to put an end to that. He ended that program that sent police departments across the United States those surplus military goods and Donald Trump, again because it’s something Obama did, is already working on undoing that. According to a leaked draft of a rule by the Trump Administration, they are trying to erase Obama’s ban on military gear going to US police forces and so that Donald Trump can sign this order and send even more military-grade weapons, military-grade vehicles, to police officers all across this country.

This story is exceptionally important right now for one distinct reason. As we have discussed, as anyone who’s turned on the news in the last few weeks understands, race relations in this country are pretty abysmal. Bad things are happening, and it’s the result of white supremacists feeling energized under Donald Trump. Police officers are doing virtually nothing to protect the anti-white supremacist protestors. As we all know, somebody was killed in Charlottesville by one of these white supremacists. Black men were beaten down. Finally this past weekend we actually got an arrest, even though the whole thing was videoed and we knew who the guy was. We also had reports this weekend that apparently video has surfaced, there were shots fired by the supremacists into the counter-protestors, and the police didn’t do a damned thing.

What do you think those police officers are gonna do with military-grade weapons in these situations? Do you think they’re gonna use them to keep the peace? Or do you think they’re gonna use them to scare people? Do you think they’re gonna use them against people? Because that’s my bet, you know why? Because that’s what they’ve done in the past with it. It didn’t work then, and it won’t work now, especially not with what we’re seeing in the United States today. A new report came out this past weekend that white supremacists groups are trying to infiltrate police departments across this country. The sheriff, I believe, Oklahoma, maybe, I could be wrong on that, who came out as the owner and director of a white supremacist website. And we want to give these people military-grade weapons and armor and vehicles? That is insane, but that is what Donald Trump wants.

We are on the verge of becoming a full-blown police state in this country if this rule goes through, goes back into effect. Yes, it was bad under Obama, it was bad under Bush, and everybody else before that, but things are so much worse now and they are so much different. Giving these people access to these kinds of weapons, this kind of authority, and we’ve already seen how Donald Trump treats people or law enforcement officers who discriminate against minorities. He gives them a pardon. This is a bad idea that’s gonna end very badly and most likely will end in the loss of life for American citizens because our police departments have proven time and time again that they cannot be trusted with military-grade weapons. Furthermore, under very few circumstances, would they ever even need this kind of equipment. But don’t tell that to Donald Trump, because all he knows is that Obama put the ban in place, so he has to be the one to repeal it.