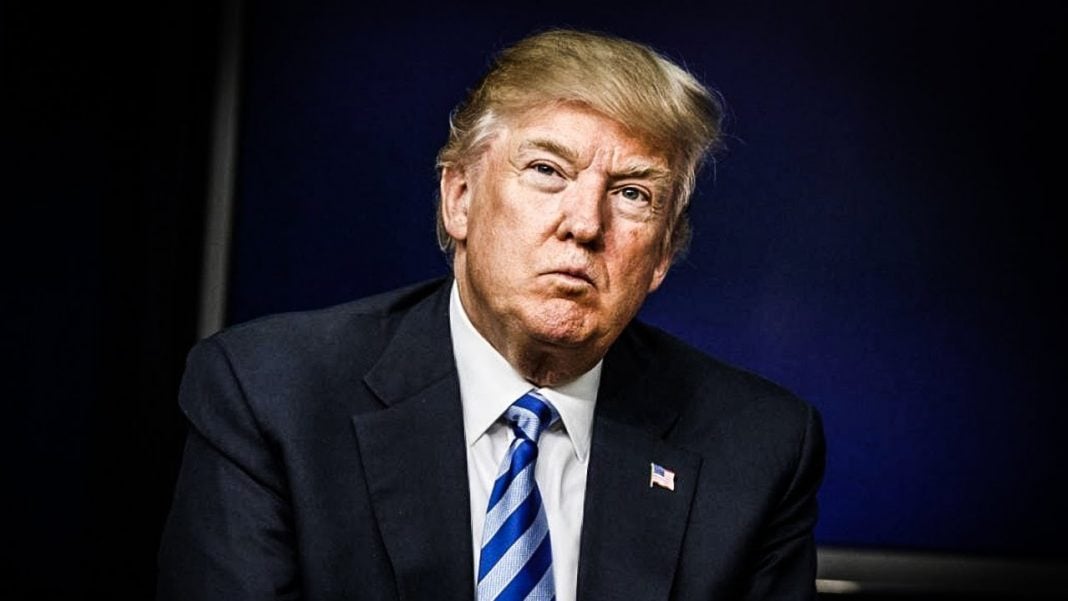 For someone whose political life is hanging by a thread, it would make sense for Donald Trump to try to be creating alliances. Instead, he’s alienating the very few people who could help save his job should he face impeachment, leaving himself with no one to defend or protect him. That’s a bad strategy, but being a bully is the only thing Trump actually knows how to do. Ring of Fire’s Farron Cousins discusses this.

What do Senators Murkowski, McCain, McConnell, Flake, Graham, Heller and House Speaker Paul Ryan all have in common other than the fact that they have horrible policies because they’re all Republicans? If you answered that those are just a few of the Republicans holding public office that Donald Trump has attacked on Twitter in the last few weeks, you are correct.

The list of Republican, sitting Republican Representatives and Senators that Donald Trump has publicly gone after, both on Twitter and during speeches and rallies is growing by the day. No one at this point is safe. He is blaming these Republicans for things that didn’t happen, although he thinks they did. He’s preemptively blaming them for things that have yet to happen and may not even happen. But the more important thing is that he is doing it publicly. He’s doing it without shame and he’s doing it to be a bully to get them on his side.

One of the more interesting stories that emerged this past week was that Donald Trump has been calling many Republicans in the Senate, not just Mitch McConnell, but he was one of them, and that happens to be the most public feud going on right now. But he has called several Senate Republicans to yell at them for not stopping this Russia investigation and for not going out there and publicly defending and privately defending Donald Trump, the President of the United States.

Donald Trump is in a position right now where there is an ongoing investigation that threatens to take down his entire presidency. On top of that, we’re hearing an awful lot of rumblings about invoking the 25th amendment to remove him from office, which doesn’t require any kind of trial or prosecution.

You just get enough members of the House and Senate and the Vice-President to go along with it, and boom, the President’s gone. That’s something that’s a very real possibility and don’t think that Mike Pence isn’t chomping at the bit to get that done. When your only hope for staying in office until 2020 are these Republicans in the Senate and to a lesser extent the House, does it make a lot of sense to go out there and attack them publicly? Does it make a lot of sense to cuss them out on the phone like you did with Mitch McConnell?

I don’t think there’s anybody in this country that would think, yeah, you know what? That is a winning political strategy. Good job, sir. I think most people are starting to look at this as what the hell is wrong with you? Even if your personal insults and attacks weren’t enough, think about the damage you’re causing to the Republican Party. Do you think those wealthy Republican donors are just going to sit there and let you attack their investments? Because that’s what these people are. They’re assets of major corporations and major Republican donors like the Koch brothers or Sheldon Adelson.

They’re not human beings to these wealthy donors. They are their assets. When you start going out there and attacking them, there’s going to start to be some rumblings of impeachment among that wealthy donor class. The donor class that overwhelmingly supported Mike Pence over you. Don’t think that there is not talk behind the scenes with these people and possibly even with Mike Pence because they have been meeting with him privately, of getting you out of office.

If I were you, Mr. Trump, I wouldn’t be attacking people on Twitter. I’d be sending them flowers, telling them how nice they are and how great they are and what a great job they’re doing. Because at the end of the day, those very people that you’re attacking and alienating and demonizing in front of the American public, those are the only people that can save your job.