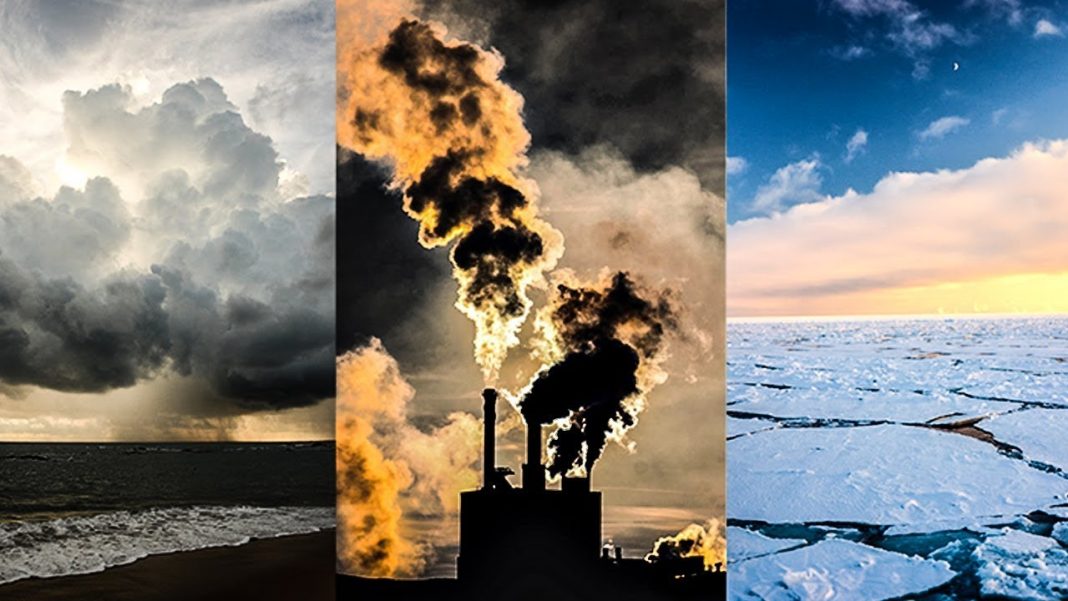 According to a new study, as climate change becomes increasingly more evident, the states that gave Donald Trump an electoral victory in 2016 will be the ones that are hit hardest by the disaster. Additionally, they’ll have to pony up more cash than other states in order to help fix the damage. But don’t expect this to change red state voters’ minds about climate change. Ring of Fire’s Farron Cousins discusses this.

A new report came out this week titled Estimating Economic Damage from Climate Change in the United States, and guess what folks? As it turns out, those people who tend to deny that climate change exists or those people who continue to vote for climate-change deniers and those states that voted for Donald Trump and gave him the electoral votes necessary to win our presidency, those states are actually going to be the hardest hit both in terms of climate change itself and the financial cost of climate change.

Most of the states that helped put Donald Trump in office are in the South. As we know, temperatures in the South are rising same as temperatures all over the world, but when you’re considering an area that already has higher-than-usual temperatures compared to the rest of the country, every tick up in a degree harms people. It’s going to cause more deaths from heat stroke. It’s going to cause more extreme weather events like flooding, tornadoes, storms, droughts, things like that that could also leave people dead. State of Florida, coast of Alabama, Mississippi, Louisiana, Texas, rising sea level is going to force people from their homes, cause hundreds of billions of dollars in economic losses from lost real estate, and those are all states that voted for Donald Trump.

In short, this new study tells us, without a doubt, the people who are going to be hit hardest by climate change are those that put a climate-change denier in office. Now that’s not to say they’re the only ones hit. Trust me, that’s not what they’re saying at all, but what they are saying is that people need to wake up and understand that climate change is not a talking point. It is not a far-off threat. We’re talking about things that are going to be happening, that will be happening regardless of what we do at this point now in five to 10 years. We are already seeing massive coastal erosion along the Gulf of Mexico and along the east coast of Florida. It’s happening today.

Again, those are red states. Those are states that sent people like Marco Rubio to Congress, a guy who likes to say, “I’m not a scientist, man. I don’t understand it.” Well, you sure as hell don’t seem to be listening to the scientists at all. Climate change is something we have to take seriously. It’s something that these red state voters have to realize is happening. Those of us who actually live along the coast see it. We see each year that our beaches are losing about a foot to two feet of total space. Some of those people still look at that, understand that things are smaller than they were, and still vote for climate-change deniers or they outright deny climate changes exist themselves.

I don’t know if there is any way to reach these people. We’ve tried being soft, we’ve tried being hard. We have tried confronting them with facts, and they just call it fake news, but what’s going to happen, according to this study, is that these people will eventually have to start paying for this. Some of them, unfortunately, are going to pay for it with their lives, getting swept away in a flood or heat stroke or things like that. That’s not what should happen to anybody in this country. Nobody should wish that upon anybody either, but it’s going to hit most of us in our wallets, our bank accounts. We’re going to lose money. We could lose our homes with nowhere else to go, with no insurance company covering us because we live in a flood plain or we live in an area that’s going to be swallowed by climate change.

Those are costs that we can’t get back, and that’s what these Trump voters, these red-staters need to start understanding. It’s not just about some far-off threat. It’s about what’s going to happen to you and your family and your neighbors and your friends and your buddies five to 10 years from now. We are out of time. It’s time to act now so that we don’t end up in an even worse situation in a decade.