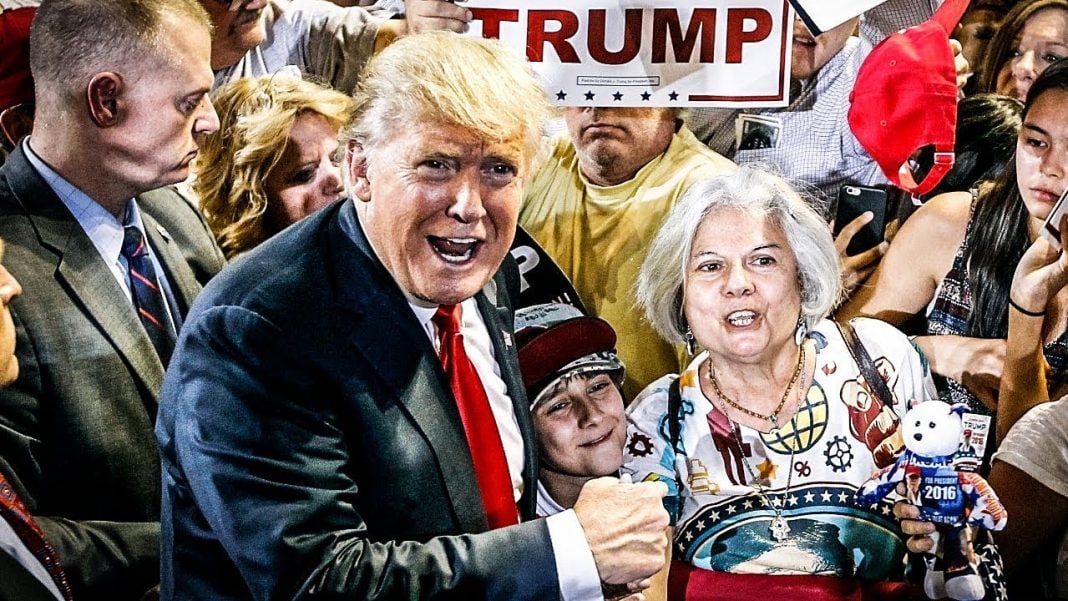 During CNN’s recent panel discussion with Trump supporters, one woman admitted a very telling item – she said that she trusts the pro-Trump posts that she sees on Facebook more than news outlets like CNN. The rest of the panel appeared to agree with her assessment, and this is just further proof that some of these people cannot be reached, and they need to be ignored so that we can rebuild the country. Ring of Fire’s Farron Cousins discusses this disturbing trend.

To that, I will direct you to CNN’s panel of Trump supporters from earlier this week, where they asked the Trump supporters what they thought of the racism in Charlottesville. Here is what most of them said. They do not believe that it was real. They believe it was a false flag because they saw something on Facebook that told them that. They didn’t pay attention to the news. According to one woman on the panel, she said, “I trust Facebook more than I trust the news.” To which the majority of that panel if not all of them seemed to agree.

That’s why these people are unreachable. That’s why opening up a dialogue with them does not work. They trust anything they see on Facebook, and even though Facebook claims to be cracking down on fake news, that doesn’t mean that these people are going to stop seeing articles from Infowars, Alex Jones’s group, or from Brietbart. Articles that blatantly lie to the American public to get some clicks, to get some ratings, to get some advertisers because that’s all it’s about. There’s not a word of truth to it, yet Republican Trump supporters will believe it if it doesn’t come from the corporate controlled media.

Again, I know, corporate controlled media’s awful in this country. But still not as bad as Brietbart. I mean they may not get it right 100% of the time, but I’m willing to say that 75% of the time, they get it right. There are plenty of stories that they won’t talk about altogether because it’ll harm their advertisers, and that hurts the American public. That’s a lie by omission, I guess.

But they’re not out there blatantly lying to us, unless of course the outlet is Fox News. And unfortunately, due to the way that media laws are written in this country, the media is legally allowed to lie to us. As long as it doesn’t go into slander or defamation or libel, it’s fair game folks. The media can lie, and these Trump supporters absolutely love it when they do because to them lies are the truth.

They have made it clear, not just through this CNN panel, but through other polls and their reactions to news stories that they want to believe the lies. They will not accept the truth. So again, to all of those liberals, Democrats whatever, that say we need to open a dialogue, or maybe I’m going to talk to them and debate them. Maybe I can talk some sense into them. Let it go.

There is no sense in arguing with a brick wall, and in most instances, that’s what these people are. Now if you’ve got a moderate Republican that admits they’re on the fence about issues, talk to them, explain things to them. Help them. You may not convince them, but if they have an open mind, that’s when you can approach.

These people who’ve made up their minds about the world, and who say they’ll stick with Donald Trump no matter what, no matter what he says, no matter what he does. They believe Brietbart over CNN. Don’t waste your time. Block them, get them off your Facebook feed. I don’t care if it’s your own mother. Stop trying to have political arguments with people who do not want to use facts and statistics and only argue based on some stupid thing they saw forwarded by a million different people on Facebook.

Spend your time in the political debates with people whose minds you might actually be able to change. Just always come armed with the facts. Don’t bother arguing with idiots because they’re going to drag them down to your level, then beat you with experience.