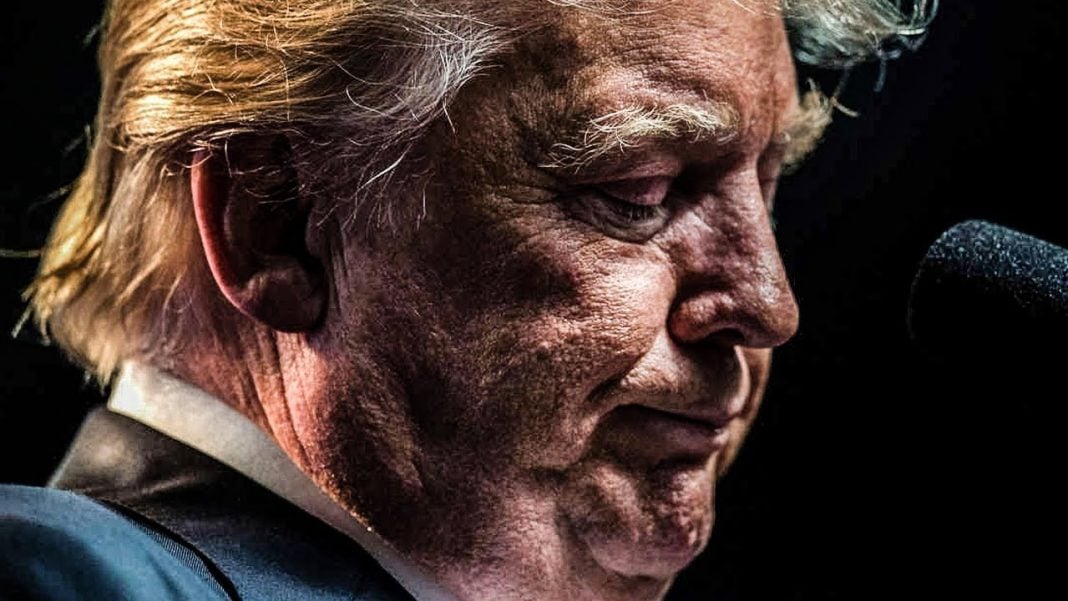 His remarks about the violence in Virginia were a tipping point for most people in this country, but even before those remarks happened the President was finding himself with a dwindling list of allies. That list got a whole lot shorter this past week, as even more groups attempted to distance themselves from this disgusting man that we have as our President. Ring of Fire’s Farron Cousins discusses this.

I want to start by asking a rhetorical question here. Does Donald Trump have any friends left? Of course, the answer is, he’s got a few, but certainly not as many as he once had, and to be honest, not even as many as he had two weeks ago. This past week, a group of rabbis in the United States, who hold an annual call with the president, regardless of who that president is, decided that this year they were going to cancel the call. They did that because of Donald Trump’s disgusting response to the violence that took place two weeks ago in Charlottesville.

Furthermore, members of Donald Trump’s infrastructure council resigned earlier this week, again in response to his response to the attacks in Charlottesville, as well as I think a little bit had to do with the things that he said during his rally in Phoenix. Scientists this week abandoned the White House again. They resigned their posts because they couldn’t take the administration’s constant assault on climate change, something we’ve seen a lot of from the scientific community since Donald Trump took office.

We have Catholic nuns out there calling out republicans. Independents are starting to abandon Trump, and that is the group that he needed in order to win, because luckily there aren’t enough white supremacists in this country to solely pick the president. Without those independents, there’s no possible way Donald Trump could win reelection.

Polls show that a majority of Americans are ready to begin impeachment proceedings. Republicans in congress aren’t willing to say that Donald Trump will be their nominee in 2020. John Kasich polls better than Donald Trump in head-to-head polls of republican primary for 2020. Bernie Sanders beats Donald Trump in a head-to-head match for president in 2020.

Do you see where I’m going with this. There is no one left to defend Donald Trump, unless of course you count the folks at Fox News, but that’s not enough to sway voters anymore, because earlier this week, MSNBC became the most watched cable network in the United States for the first time ever. There’s nobody left. The White House has stopped sending out their goon squad to TV shows, because even they can’t come up with a cogent response on how to deal with the president’s actions.

People are resigning from this administration left and right. Donald Trump is alienating everyone. A lot of it recently has to do with his response to Charlottesville, but this was happening even before that, and it’s only gotten worse since then. Donald Trump’s list of allies is dwindling, and pretty soon it’s going to be down to zero. We might even see a day when Kellyanne Conway herself has to say, “You know what? Enough’s enough. I can’t physically do this anymore.” It’s only a matter of time.

The reason this is important is because when we have such an incompetent, insecure, narcissistic president at the helm, the 25th amendment starts looking look a real possibility, if congress decides to invoke that, if Mike Pence decides to invoke that. And if Donald Trump continues to alienate all of his allies in this country, especially those in congress, it’s going to be very easy to remove him from office.

Trust me, I want that more than anyone, but I’m just talking about from Donald Trump’s own perspective, not a real smart move. You’re proving that you’re really not a smart guy. You should start embracing your friendships. Maybe tone down the rhetoric a little bit. Maybe stay off Twitter for a couple days, because the more the public sees you, the more they get to know you, the more they read your tweets, the less they like you.