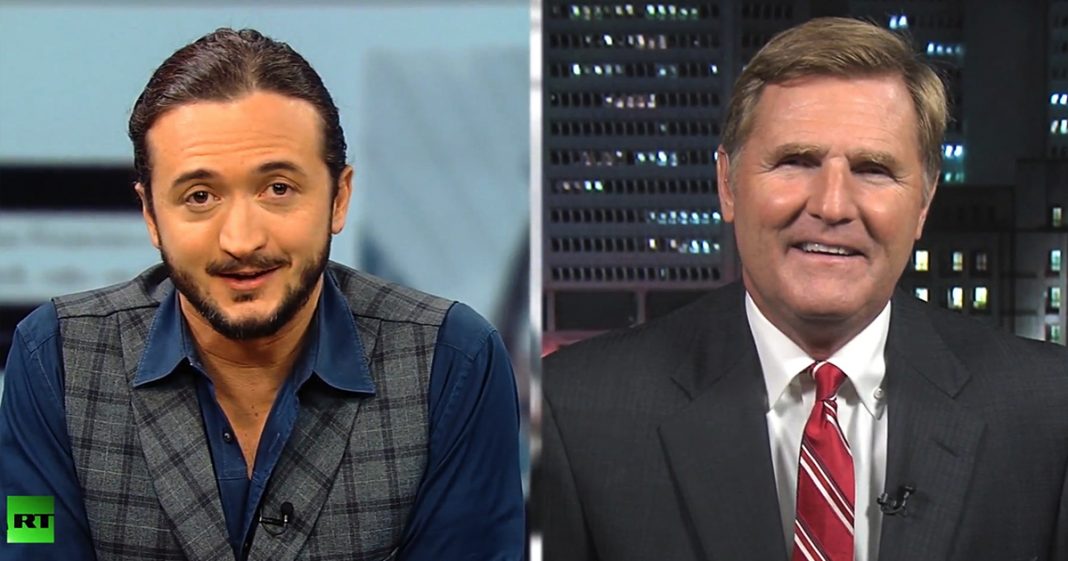 Mike Papantonio, host of America’s Lawyer, joins Lee Camp to talk about the First Amendment rights of journalists and the media industry.

Lee Camp: Now we see a lot of lawsuits going after the media as well. You covered this recently on your show. People are more and more trying to hit especially alternative voices with lawsuits. Even John Oliver right now is facing a lawsuit by coal CEO Robert Massey. They’re coming after the comedians, Pap. What do we do here?

Mike Papantonio: Well, the first amendment still is holding up pretty well. You’ve got some great case law in place. The Times case. You’ve got about five cases that this Supreme Court has not obliterated yet, and the appellate courts don’t seem to be willing to do that. But I really do believe, as this public opinion moves further and further against the media, it’s almost a self-imposed problem that they’re developing. I think of the Trump issue.

I’ll tell you where it really applies. If you think about how important this new race war that’s developing in the country … There’s no other way to put it. It’s purely a race war. It is middle America versus others. And so you come into this thing, and you want media to be able to tell the story, and be credible in the way they tell the story. But up to this point, they’ve spent seven months really affecting their credibility by not focusing on things that maybe matter to people even more sometimes, if you can imagine, than the Trump story.

And you and I both agree. Nobody worked harder to try to defeat Trump than I did or you did, but we have to say the media has to be aware of the fact that there’s a long game. It’s a long game, and they can’t damage their credibility in the process. The more they damage their credibility, the more susceptible they’re going to be towards really getting nailed by a lawsuit someday.

Lee Camp: Well, they seem to not understand or maybe not care that you can fight against Trump and what he stands for and the racism in the country. You can do that and also spend a lot of time dealing with actual major issues. Corporate crime, and all that that is going on that is destroying so many lives as you cover so well on your show and in your new book. And I want to thank you for coming on and really highlighting those issues, the important issues rather than just all the shiny bells and whistles that the mainstream media wants to act like is all that matters.

Mike Papantonio: Thank you, Lee. I appreciate that.