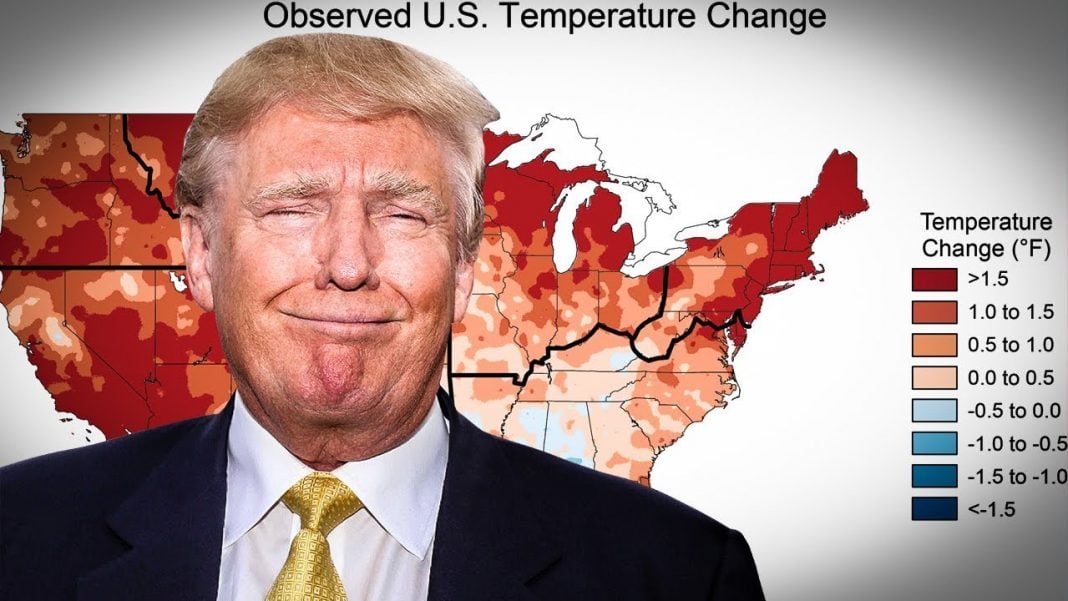 Donald Trump has made the decision that science does not matter, and he’s decided to disband the advisory panel for the National Climate Assessment panel, the group that helps monitor climate change and assess the threat that it poses to the United States. Someone needs to tell Donald and the rest of the science-denying members of the Republican Party that just because you disband the panel doesn’t mean that climate change goes away – it just means that we’ll be left unprepared to deal with it. Ring of Fire’s Farron Cousins discusses this.

On Sunday, the charter for the National Climate Assessment’s 15 panel advisory board expired. It has expired in the past, and it basically expires every four years. And presidents always re-authorize it.

Until now. Donald Trump decided that he will not be re-authorizing this 15 member advisory panel for the National Climate Assessment, something that’s been going on since the year 1990, when George H.W. Bush was president. It survived half of H.W.’s term, Clinton’s term, W’s eight years, and Obama’s eight years, and barely lasted eight months under Donald Trump.

So Donald Trump has decided that he is going to get rid of this group and instead side with anti-science, climate change denying Republicans and business leaders, because he thinks that’s the best route for this country. Well, let me explain something. This advisory panel, for the National Climate Assessment … do you know what their job is? Their job is to assess the climate data and then meet with politicians and business leaders to let them know how they’re supposed to respond to this or offer suggestions about how they should respond.

Because you know what? We’ve covered climate change from every possible angle. So now, let’s talk about it from the business angle. For many, many years now, businesses, especially, obviously, the insurance industry, have been taking climate change into account when insuring new properties and when building new headquarters. They understand that climate change is very real. It is a threat, and it matters to them. The big banks are the same way.

As evil as those institutions have shown to be, they also understand that climate change is real, and they know it’s going to have a significant impact on their bottom line. They’re not financing some projects because they feel they’re too close to the sea, and in a couple years, they’re going to be underwater, quite literally, on the loan and on their property.

Trump won’t even admit that. Trump won’t go as far as to say, “You know what? I may not agree with them. We’re going to something else instead of this advisory panel, but we’re going to take action on climate change.” But he won’t do it. A man who owns countless properties along the water that will be underwater in probably about 50 years, maybe, doesn’t care.

I would love it if one of Donald Trump’s grandchildren, or maybe Barron, walked up to him and said, “Dad, why don’t you believe in climate change? Why aren’t you doing anything to protect my future? I don’t care about money. I care about being able to live and survive and drink clean water and breathe clean air.”

When Donald Trump gets that question from either Barron or any of his grandkids, what is he going to say? “Sorry, kids. Maybe you should try drinking all this money I’ve made for you. Maybe you should breathe in money. Maybe that’ll help.”

He’s not going to have a real answer, folks, because he doesn’t care. And if he doesn’t care about his own family, there’s no way in hell we can convince him to care about hundreds of millions of Americans or billions of people around the globe who are going to be devastated, financially and physically, by his backwards approach to climate policy.