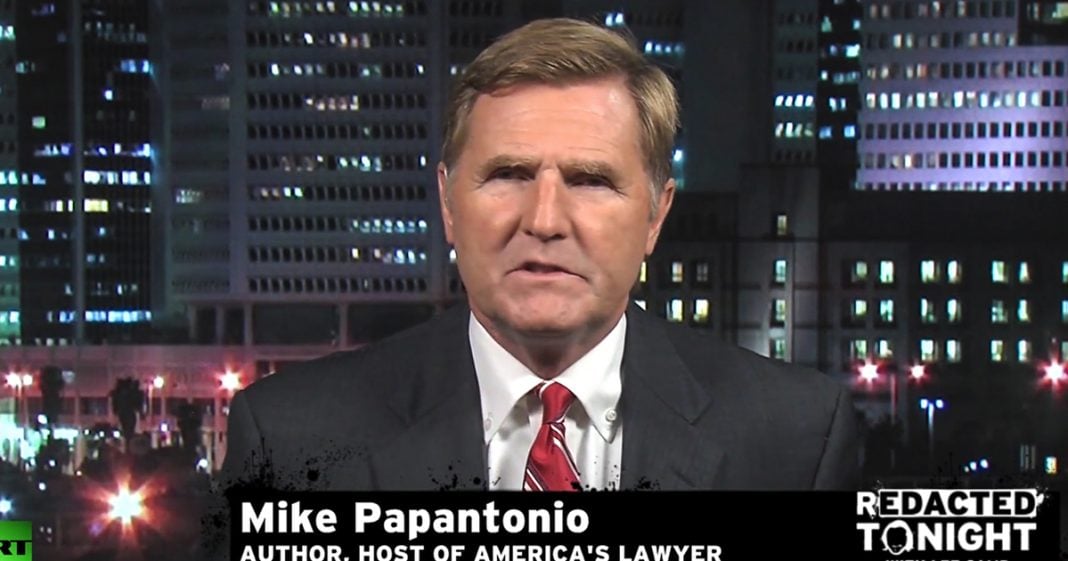 Lee Camp: You also recently covered the corporate scam that is forced arbitration. Companies trick consumers into agreeing to it, and it’s become more and more prevalent. I don’t know about you Pap, but I read every word of the 4,900 page iPhone agreement. I definitely get through every word of that. Can you explain what exactly forced arbitration is to those who don’t know and how it’s harmful to average consumers?

Mike Papantonio: In a nutshell, Congress passed these rules that allow a company, such as your phone company, to say, ‘Gee, whiz. You want to buy this phone, you’ve got to sign an arbitration clause.’ Well, what they don’t tell you is, that the company that’s sold you this phone then appoints their own arbitrators. It’s a stacked deck. The chances of actually winning in any real arbitration setting, something less than 20%.

Unfortunately, people look at it and say, ‘Ah, I don’t want to take the time to fight it. I’m going to sign it. Yeah. You got me. I’ll arbitrate it if I have to.’ It’s just a way to take more rights away from people just one at a time until we no longer can sure up in a jury trial and have our peers decide what is right and what’s wrong. Instead, we’re going to have corporate thugs showing up in an arbitration setting saying, ‘We’re siding with the corporation who pays us.’

Lee Camp: Yeah. I think the Chamber of Commerce has been captured by the corporations, similar to the regulatory capture with the FCC and FERC and so many others it’s become a corporate totalitarian state in a lot of ways.