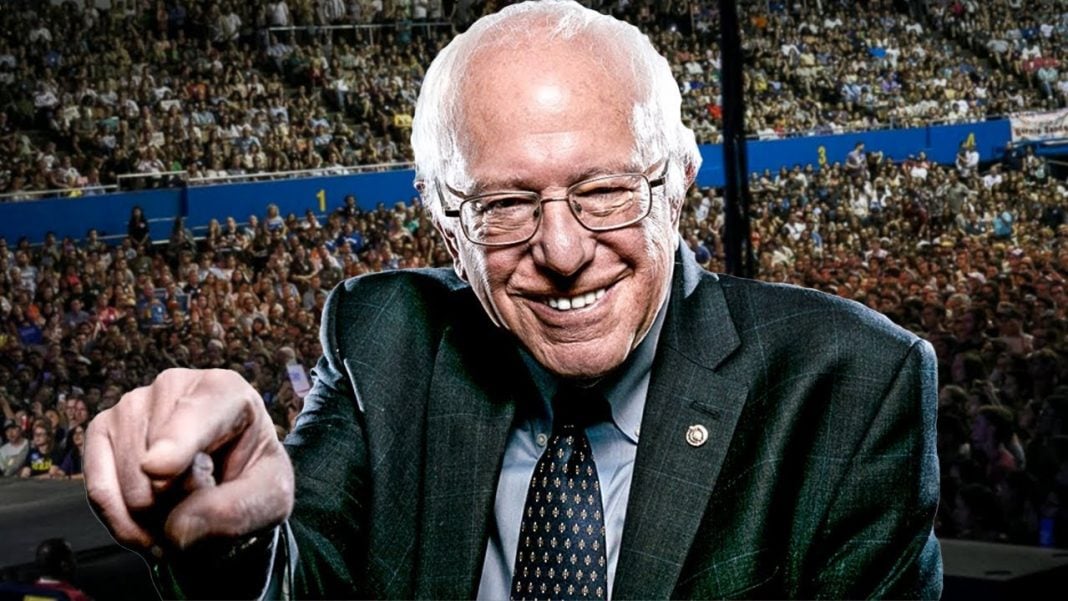 During a stop on his Midwest tour, Senator Bernie Sanders called president Donald Trump an embarrassment for America – a sentiment that has been shared by foreign diplomats who’ve been forced to spend time with Trump. But he also laid out a clear path on how we can recover as a country, and that recovery lies with the working population and by strengthening organized labor. Ring of Fire’s Farron Cousins discusses this.

That’s easy. That’s the easy part, folks. Calling Donald Trump an embarrassment, pathological liar, and narcissist. Even establishment Democrats can do that pretty well and get some applause. It’s what Bernie did after calling out Donald Trump that separates him from the rest of the pack of typical politicians in the United States. Bernie Sanders not only bashed Trump, he also laid out a path forward for the United States, something that the Democratic Party refuses to do.

Bernie Sanders talked about the need for a grassroots movement centered around organized labor. A movement that supports working Americans, Black, White, Hispanic, male, female, doesn’t matter. Essentially, a party built around working class Americans fighting for workers’ right, fighting for equal pay, fighting for more diversity, fighting for stronger worker protections, mandated sick leave, mandated vacation time. Something the United States doesn’t have that our counterparts in Europe do have. Trying to make things better for the people who actually drive this economy. That’s what Bernie Sanders talked about in that speech in Indiana this week.

That’s not something we hear coming out of people who are registered or elected as Democrats. They’re not talking about that. Yeah, they’re having a lot of fun making fun of Trump. They’re doing a great job with that, turning people against him. It didn’t work in the 2016 campaign, and it’s not going to be a foolproof method to take back the House of Representatives in 2018. You have to outline a path forward, and right now it appears that Bernie Sanders is the only person who actually understands this. We still have the establishment type Democrats, the pundits, the think tank folk, the people who work at some of these more establishment type websites, who are out there every day still bitching and moaning about the fact that Hillary Clinton didn’t win the electoral vote. They’re out there trashing Bernie Sanders and making fun of the fact that Democrats are thinking about talking to rust belt White voters. “Huh, yeah, good luck with that,” they say.

I’m not saying that the Democratic Party needs to start pandering to White people, but you need to stop looking at it as pandering to White people. Bernie Sanders’s crowd was not just a bunch of White rust belt voters. It was a very diverse crowd, men, women, elderly, young, White, Black, Hispanic, all of them. He doesn’t see them necessarily as laid out by color. He’s looking at it as workers. Workers who’ve been screwed over by the companies that they have dedicated their lives to. It happens to millions of people all around this country, and it happens regardless of race, age, gender, religion, whatever.

It’s the establishment Democrats who keep pushing these horrible policies on the party. Until they start emulating what Bernie Sanders is doing, the things he’s doing that have made him the most popular politician in the United States, until they do that, they can look forward to countless election cycles of losing, and losing, and losing, because they think the winning strategy is to just make fun of Donald Trump and the people will just come pouring into the party. That’s not how it works. They’ve proven that it’s a failed policy, yet they still refuse to give it up.