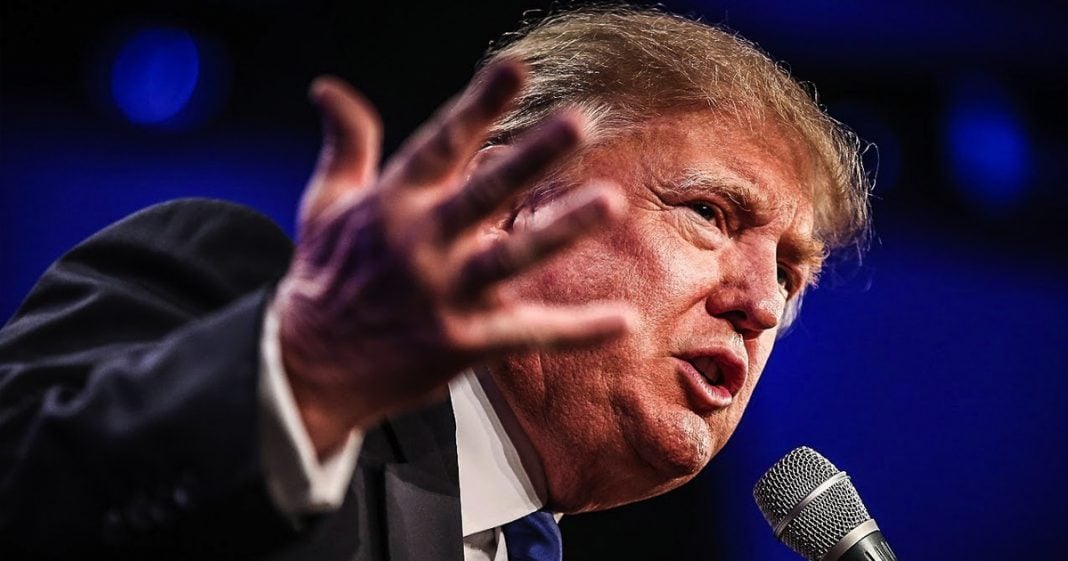 Andy Hemming has resigned as the rapid response director for the White House communications team. If you don’t recognize that name, you’ll probably recognize his role as the guy in charge of finding positive news stories about Donald Trump every day and submitting them to Trump. Maybe he ran out of positive stories to share? Ring of Fire’s Farron Cousins discusses this.

A few weeks ago, we did a story about a man named Andy Hemming, the 31 year old Donald Trump staffer whose job it was to gather mainstream media articles about Donald Trump that were positive and then present them to the President twice a day for Donald Trump to get his, I guess, twice daily dose of feel-good-isms. Well, on Wednesday of this week, Mr. Hemming decided that he couldn’t do this anymore, and he officially resigned from Donald Trump’s staff.

His official title was Director of Rapid Response for the White House Communications Team, and in addition to feeding the President positive news stories about himself, he was also supposed to communicate with members of the mainstream media, CNN, Washington Post, credible news sources like that, and tell them all the good things that the President had accomplished so that maybe these news outlets that Donald Trump was attacking relentlessly every single day would go out there and report a positive story about the man who claims that these news outlets are just fake news.

Obviously it didn’t go to well, so, though we don’t have a huge, in depth reason that Mr. Hemming decided to resign his position in the White House, that leaves it open for speculation. So if part of your job is gathering up positive news stories about Donald Trump and then you suddenly resign, maybe it’s because there are no positive news stories about Donald Trump because he hasn’t done anything positive. If the other part of your job is telling the media the positive things he does and then you resign, we can only assume it’s because you have nothing positive left to say to these people.

It must have been tiring going to these news outlets that Donald Trump demonizes on Twitter and during rallies every single day and saying, “Hey, look, I know he just tweeted out a picture of you getting hit by a train, but would you consider running this story about how great he did at the golf course today?” I can imagine that’s going to get pretty frustrating pretty quick, and I can also imagine that the, uh, media outlets probably had some not so friendly words for Mr. Hemming anytime he pitched them a story about this man-baby of a President that we have, that only wants to see positive stories about himself but doesn’t understand that in order for people to write positive stories, you have to actually do good things.

Mr. Hemming’s job was solely to play to Donald Trump’s narcissistic personality disorder. That is what this is all about, that is what his position was all about, and hopefully Mr. Hemming started to realize that, especially once the press started paying attention to who he was, what he was doing, and the fact that he was making just shy of $90,000 a year to hand Donald Trump a folder full of positive news stories. Maybe that pressure got to him a bit. Maybe the public scrutiny was a little too much. But I’m going to go with he probably left his job because there was nothing positive left to say or even lie about with regards to Donald Trump.