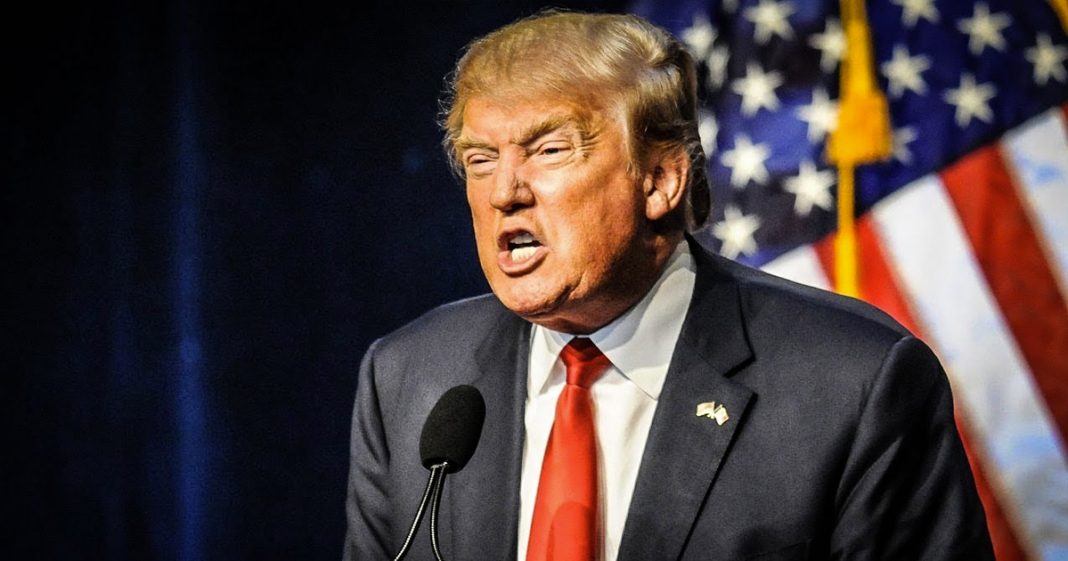 Clearly Donald Trump has moved past his “Mexico will pay for the wall” talking point, as he’s now threatening to shut down the entire federal government if Congress doesn’t give him the necessary funding to start construction. Will Congress call his bluff, or will they go along with his atrocious plan to appease their far-right voters? Ring of Fire’s Farron Cousins discusses this.

Something that Donald Trump hinted at during his rally in Phoenix earlier this week, something he said several times even before that, and something that he said since that rally, is that if Congress does not give him the money that he wants to start building his border wall, he is going to shut down the federal government. There will be another budget shut-down like we had that Ted Cruz initiated a few years ago. Donald Trump wants the government to completely shut down if Republicans don’t start falling in line in funding his border wall.

Paul Ryan recently released an ad talking about the need for a border wall and, as Paul Ryan is in charge of the House of Representatives, the branch of government that controls the power of the purse, you would think that it would be pretty easy for Paul Ryan to go ahead and get that money that Donald Trump so desperately wants, especially considering the fact that Paul Ryan seems to not have a spine and is unwilling to stand up to Donald Trump.

Here’s what is really happening right here, though: We know that Congress cannot approve such a disastrous project, not just because it’s a stupid idea, but because of the astronomical cost associated with building this stupid wall. They do not have the money to do it. After all, if we can’t afford to have after-school programs that help feed hungry children, if we can’t afford to give teachers a raise or firefighters and rebuild our infrastructure, how do we have money to build a wall that’s easily climbable by anybody that wants to climb it? Doesn’t make much sense and, Paul Ryan, as bad as he is as a politician, does kind of understand that.

Donald Trump also knows that this wall is not going to get built. It’s not going to happen. It’s actually kind of refreshing to see that he has given up his talking point that Mexico will definitely pay for this wall. Now, he’s making it abundantly clear that the money for this wall is going to come from U.S. taxpayers by way of a budget resolution from Congress.

We’re paying for this wall, if it ever happens and, again, Trump knows that it won’t, but he also understands that right now he is losing support from every group in this country and the only way he can shore up those last few supporters that he has left is by doubling down on his promise to build that border wall. This is a political strategy, has nothing to actually do with the wall. The wall just happens to be the talking point that he’s using to sell his hard line against immigration back to his base.

The support for Republicans in this country in general is falling every single month. If they become responsible for yet another government shut-down that starves the economy of millions and possibly even billions of dollars, depending on how long it goes on, they can pretty much go ahead and pack up their offices now, because they will not win re-election in 2018. They know that, and that’s why I don’t think there’s a chance in hell that these Congressional Republicans are stupid enough to go along with Donald Trump’s idiotic threat to shut down the government in order to get funding for his border wall.