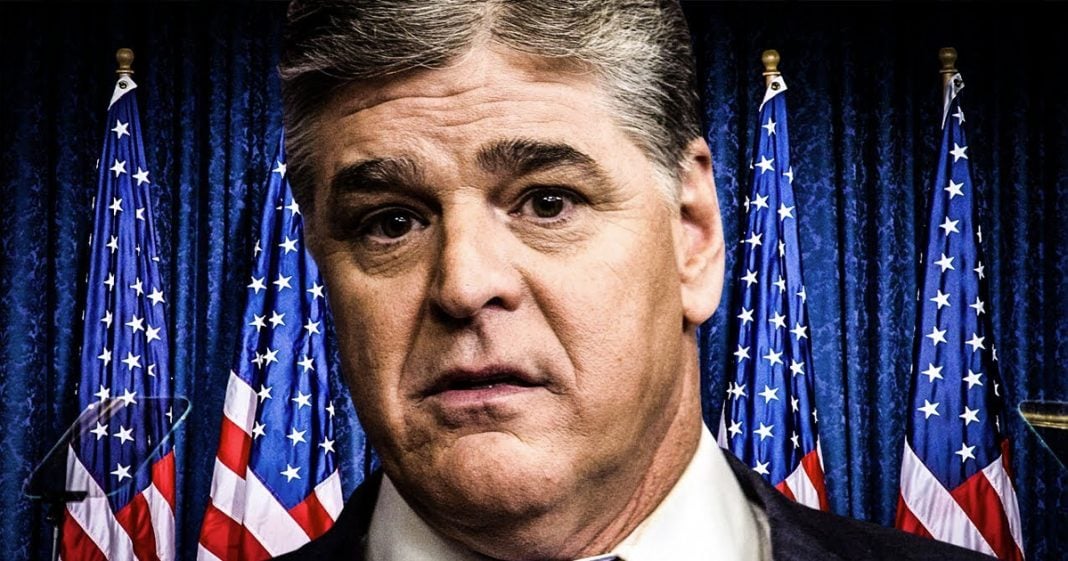 On his Wednesday evening program, Fox News host Sean Hannity whined about the fact that the media is so mean to Donald Trump, going as far as to say that the man could cure cancer and the media would still attack him. But the reality is that the media is just reporting on what he’s doing or saying – they are the messengers, not the handlers, so don’t blame them for your horrible president. Ring of Fire’s Farron Cousins discusses this.

This is what Sean Hannity had to say about how the media covers Donald Trump: “To the leftist media, everything is Trump’s fault. He can’t say or do anything in their eyes that is right. If President Trump could actually cure cancer, make people in wheelchairs walk, give everyone a million dollars, if he could prevent heart attacks or stop car accidents, the media still wouldn’t be happy.”

Here’s what Sean Hannity and Donald Trump and pretty much the entire Republican Party need to understand about the role of the media in the United States. It’s not the job of the media to be a cheerleader for the president. Sean Hannity needs to understand that. His job should be to report the truth, to give people an accurate depiction of what is actually happening in this country. You don’t sugarcoat it. You don’t make it partisan. You don’t put your spin on it. You simply tell them what’s happening and let them make up their own minds about things. That’s what’s happening with the media.

Now, in the instance of papers like Washington Post and New York Times, and even CNN and MSNBC to an extent, they are editorializing a bit giving their personal opinions, but they’re also reporting the facts, something that Fox News doesn’t quite understand how to do. So yeah, when Donald Trump says something stupid or highly offensive, or gets on TV and kind of defends neo-Nazis, they’re going to call him out on it. That’s not them being mean. That’s them literally saying what happened and using his own words to describe it. That’s what the media is supposed to be doing in this country.

Hell, a lot of the leftist media gave Barack Obama a ton of crap for eight years by reporting what he was actually doing. Same thing with Bush. Now, you may not be happy about it. You may not like the media shining a giant spotlight on all of Donald Trump’s flaws, but if he were to do something positive, I promise you they would talk about it. We would talk about it.

Case in Point: When he decided to throw some bombs over on Syria, the Washington Post and CNN were ecstatic. They loved it and they praised the president. Same thing happened earlier this week with Washington Post when he announced he was escalating the war in Afghanistan. The media loves a good war, because it’s good for ratings. So don’t act like they’ve never given him praise for something, because they have praised a couple of the more horrible things that he’s done as president.

But Sean, you got to pull your head out of wherever it is at the moment, and understand that nobody is buying your media bull crap. We know that the Republicans have said they’re going to make the media the enemy in the 2018 midterm elections. It’s nice to see that you’re playing along with them, being a good little puppet for the RNC. But it’s time for you to stand up. It’s time for you to actually man up a little bit, act like you got a pair, and stand up to the Republicans and say, “You know what, there are some garbage that I’m not willing to spew out of my mouth.” But until you do that, the majority of people in this country are going to look at you as some kind of Republican puppet who dreams of someday becoming a real journalist.