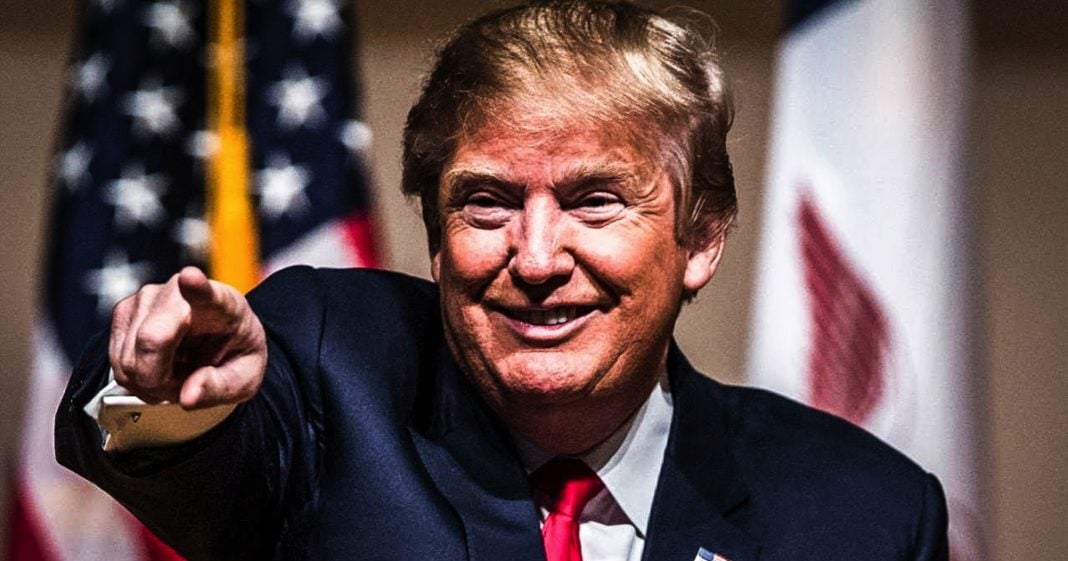 According to reports, HR McMaster, Donald Trump’s national security adviser, tried a wide variety of different tricks to get Trump to go along with the idea for a troop surge in Afghanistan. And perhaps in an attempt to play on his misogynistic tendencies, McMaster allegedly showed Trump a photo of Afghani women in miniskirts from the 70’s to prove that the war wasn’t a lost cause. Ring of Fire’s Farron Cousins discusses this.

During his presidential campaign, Donald Trump continuously told us that the war in Afghanistan was a mistake, it’s been a failure. We shouldn’t be there and he was going to pull the troops out if he got elected President. Well, unfortunately, that last point did happen and so, earlier this week Donald Trump announced that not only was he flip flopping on his decision of not pulling us out, but he was also going to be sending more American troops over to Afghanistan at the recommendation of people like H. R. McMaster and James Mattis.

According to reports that came out late yesterday, one of the tools that McMaster used to convince Donald Trump to escalate the war in Afghanistan, were pictures from the 1970s of Afghan women wearing mini skirts. This story probably shouldn’t be as surprising as it actually is and I’m sure McMaster was probably playing on Donald Trump’s misogynistic disgusting behavior, saying look what we could be looking at over there, right. What he claims he was doing, was showing Donald Trump that look, western culture, once flourished in this part of the world and it can again and the women can look like this and you can go over there and we won’t say a word about anything.

Here’s the thing that McMaster didn’t quite explain to Donald Trump. It wasn’t just Afghanistan where women and men and everybody basically was embracing western culture prior to the 1970s in the middle east. Iran, Iraq, a lot of those countries. Most of those countries to be exact. But then, when the Islamic revolution came along in the 1970s, everyone of those countries was taken over by the radicals and now that’s why we see what we see over there. U.S. involvement is not going to change that, just like Russian involvement decades ago did not change it or prevent it or stop it.

Afghanistan is known as the graveyard of empires because it is essentially seen as an unwinnable war, no matter what you’re fighting for, who you’re fighting with or what you’re doing. The geography of the area, the politics of the area, the allies that they have surrounding themselves with, it’s damn near impossible and somebody as incompetent as Donald Trump is not going to change that. Neither is H. R. McMaster. Nor is James Mattis, but all they had to do was show Donald Trump a picture of women who were wearing skirts slightly above the knee and say, “Look, we could have this again. Just send us a few thousand more young American soldiers to go die over there and we’ll be one step closer to women that look like this picture.” That is absolutely disgusting.