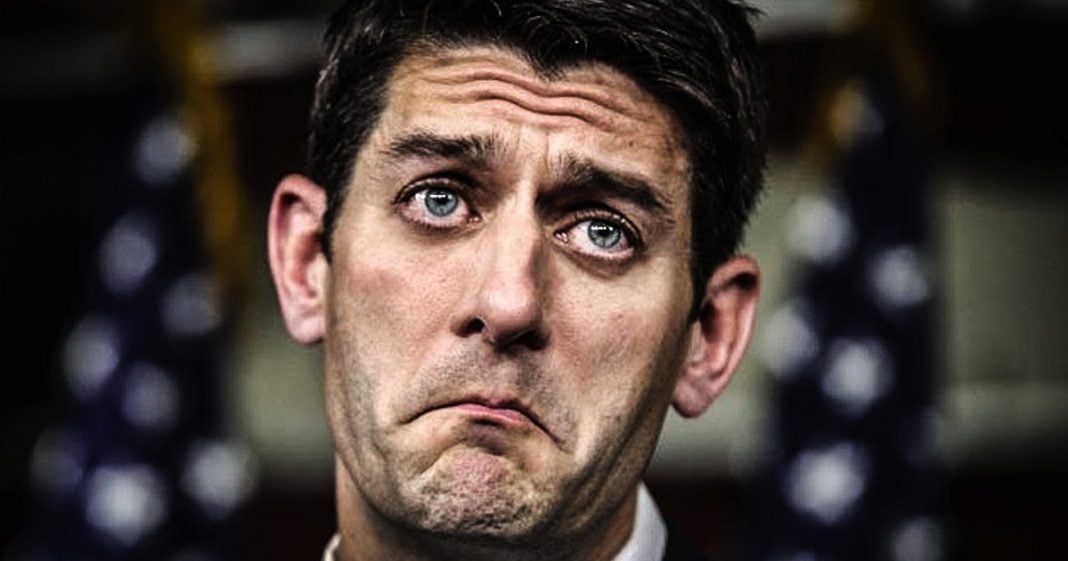 During his townhall in Wisconsin on Monday night, Paul Ryan was asked by a Catholic nun how Ryan, a Catholic, can reconcile his faith against his policies that only help the wealthy. When people like Paul Ryan say that their faith is what guides them in office, they’d better be prepared for people who actually understand what the Bible says to ask them tough questions – Paul Ryan wasn’t ready for that one. Ring of Fire’s Farron Cousins discusses this.

On Monday night, Paul Ryan held a town hall discussion in Wisconsin where he finally decided to take some questions from his constituents and tried to calm all the fears that people have over the fact that republicans are trying to take everything away from them. But there was one question from an audience member that Paul Ryan was certainly not prepared to answer, and that question came from Sister Erica Jordan who happens to be a Catholic nun. Paul Ryan himself is also a Catholic.

All this nun wanted to know was how do you reconcile your faith against the fact that your policies, specifically his tax plan and his attempt to repeal the Affordable Care Act, is what she specifically said, how do you reconcile that against the Catholic faith? It says you’re supposed to be working for the poor and for the working class. In typical Paul Ryan fashion, he didn’t answer the question. In fact, he told the nun, this is going to surprise you but I actually agree with you. I think we just have a difference on how we go about doing that. Because in Paul Ryan’s demented little mind, he thinks that the best way to help the poor is I guess to strip them of their healthcare coverage and to give a bunch of tax incentives to wealthy people.

I am not sure the logic is there, but I guess Paul Ryan thinks that if we take people’s healthcare away from them, maybe they’ll just do a little better to not get sick, or maybe they’ll go get a better job that provides health insurance. If we give all those tax cuts to the rich, maybe it will inspire poor people to suddenly just get rich, and then they get those tax cuts, too. That is the only logic I guess that you could use to defend your actions in protecting the wealthy, while stripping the poor of everything they have and somehow reconcile that with your Catholic faith.

I’m going to be totally honest here, folks. I spent the first few years of my young life during my education, kindergarten, first, second grade in a Catholic school. Let me tell you this. You do not argue with a nun. When it comes to somebody who actually knows more about politics than you who’s not even in politics, you sure as hell don’t try to argue with that person. That nun came armed not only with every fact she needed to refute Ryan on religion, but every fact she needed to refute him on policy.

It’s interesting to see what’s happening right now with the Catholic Church, and I understand there’s still a lot of really disgusting behavior within the church that needs to be purged immediately. We’re seeing a far more progressive Catholic Church start to take hold. Catholic nuns, including the one who was at that town hall on Monday night, have been outspoken critics of the republican plan to repeal the Affordable Care Act. The confederacy of Catholic, I believe, bishops in the United States also came out against it. We have a pope who’s talking about the need to help the poor and stop cuddling the wealthy.

If this trend continues, we might see an entire, huge part of the United States population, the Catholics specifically, switch. If the church starts telling people that it’s more important to take care of the poor and feed the hungry and care for the sick than it is to vote on party lines based on abortion, which is what the church stance has typically been, then we might see a sea change in this country. The religious right is never going to change, but the Catholics have never necessarily been a part of that. If we can convert them, we could see some real progress in this country. As long as they speaking out like Sister Erica Jordan did against Paul Ryan on Monday night, these so-called Catholic republicans will not have a leg to stand on.