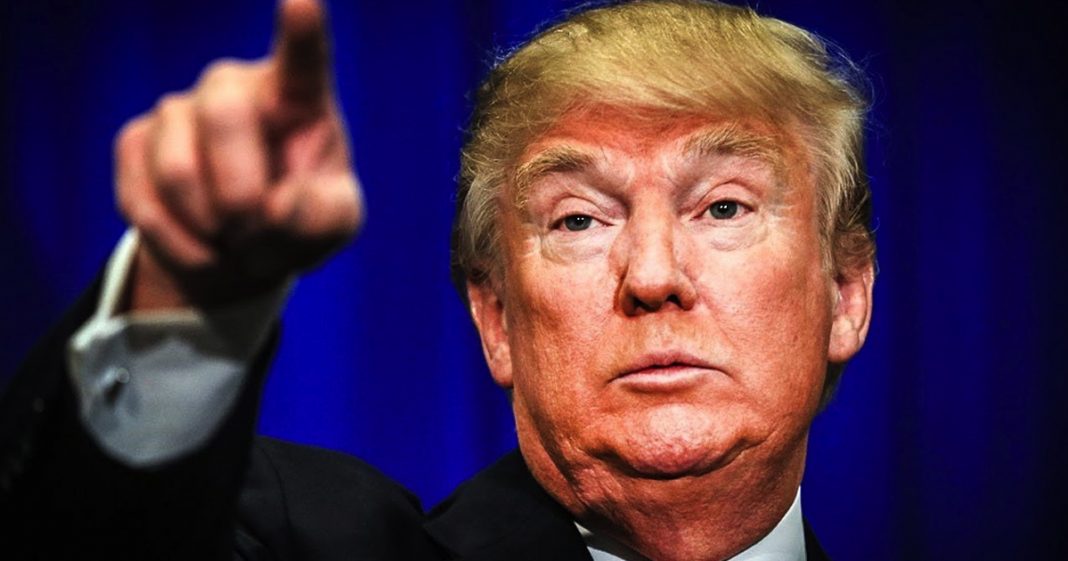 On Monday evening, Donald Trump announced that he would be sending another 4,000 U.S. troops to Afghanistan, continuing a failed policy that began during George W. Bush’s presidency and continued under Obama. These troops have no clearly defined goals, no specific missions, and therefore, no end date for this alleged “war.” Ring of Fire’s Farron Cousins discusses this.

On Monday evening, Donald Trump gave a speech where he outlined his path forward for U.S. troops in Afghanistan. The most notable thing that he announced during that speech was that he was sending an additional 4,000 United States military troops to the country of Afghanistan for a purpose that we do not yet know. He’s just escalating the war that’s been going on for 16 years now, actually. 16 years is how long we have had American troops permanently stationed over in Afghanistan, and just like back then, these troops have no real clear objective. There is no identifiable goal, and therefore there is no end date to the nonstop violence. Now, Donald Trump said during his speech that we’re not over there nation-building, something George W. Bush liked to say when he started this whole mess. He said, “We’re just over there killing terrorists. That’s it. We’re just going over there. ‘Hey, you a terrorist?’ ‘Yeah.’ Pow, dead, gone.”

First of all, that’s not even how war works. If it is, we probably would have been slightly more successful over the years. Al-Qaeda, ISIS, the Taliban, whoever it is we’re trying to fight at the moment are not like a typical enemy. They don’t have massive headquarters and training facilities and governments that are calling the shots. They’re mostly on the surface, disorganized, disjointed, bands of outliers that we cannot necessarily always correctly identify. They blend in regularly with society. They plant these improvised explosive devices, these IEDs, on the side of the roads and buildings. We can’t detect those until we set them off. This isn’t a traditional enemy. Furthermore, going to Afghanistan to escalate a war has always been a mistake for every country that’s tried it in the last couple 100 years. CNN correctly pointed out that that is where empires … It’s called the graveyard of empires, excuse me.

Afghanistan is called the graveyard of empires, because no one leaves there successful, and especially when we have somebody like Donald Trump as Commander-in-Chief of the U.S. Military, with no goals as to why we’re sending another 4,000 troops to Afghanistan, and that’s the biggest problem. There is no identifiable goal. There’s no outlined plan. He just, I guess, is going to call up these 4,000 people, say, “Pack your stuff. You’re going in the Middle East.” Donald Trump has proven, in spite of his campaign rhetoric about Afghanistan being a huge mistake, he has proven that he is just another cog in the endless war machine that the United States has perpetuated for decades. George W. Bush started this conflict in Afghanistan. Obama escalated it, promising us to eventually draw it down, which he did to an extent, but now Donald Trump has decided to re-escalate the situation over there.

When Obama sent more troops, it became his war. Now that Trump has made the decision, whatever happens from this point forward in those areas, that is on Donald Trump. He has assumed responsibility for this war by escalating it. This is not Obama’s war. There’s nothing left to blame on him. From this point forward, this endless war that keeps being perpetuated by Republicans and Democrats, for right now, it’s 100% on Donald Trump.