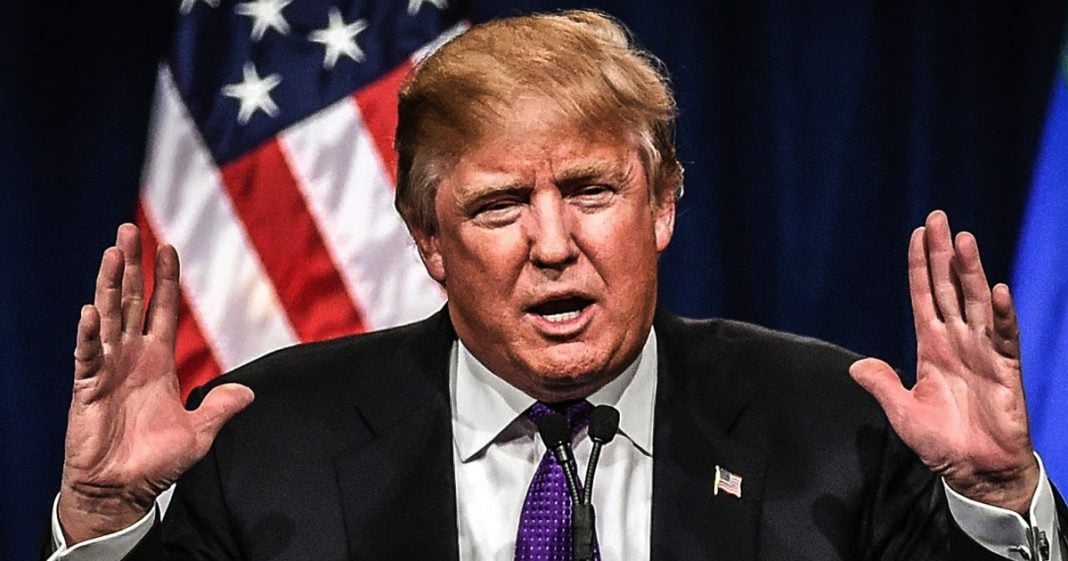 According to a report by The Washington Post, Donald Trump has passed the 1,000 lie milestone since being sworn in as President. Many of his lies have been repeated so often that a majority of his supporters actually believe them to be true, like Trump actually winning the popular vote. Ring of Fire’s Farron Cousins discusses this.

In early August, Donald Trump hit a milestone that nobody talked about at the time. According to the Washington Post, on about August 4th or 5th, Donald Trump told his 1,000th lie as the President of the United States to the American public. As of today, right now, he’s over 1,050 total lies that he has told to the American public since being sworn in. But more than 1,000 lies in less than seven months if he hit this mark August 4th or 5th, as Washington Post claims. Washington Post, as most people know, has been keeping track of all of Donald Trump lies since day one.

Here’s a few of what I guess we could call Donald Trump’s greatest hits. He said that Barack Obama wired tapped his office at Trump Tower. He said that his inaugural crowds were far greater than Barack Obama’s, even though the photo evidence proved that they weren’t, which we then had to spend millions of dollars having an investigation to try to prove that his crowds were bigger. Turns out they weren’t. He said that the President of the Boy Scouts called him to tell him what a great speech he did. Then after that, he got a phone call from the President of Mexico saying, “Don’t you worry, bro. We’re paying for that wall.” Those phone calls never happened. The list goes on, and on, and on, and on, and it doesn’t stop.

Donald Trump is at the point right now, if you average out total number of lies versus days served, he is telling more than four lies every single day to the American public. And yet, 60% of Republicans still have a favorable view of this man. The majority of the people who voted for Donald Trump say that there is nothing he could say or do that would cause them to stop supporting this man.

I think those are the polls at Donald Trump really likes to look at. He doesn’t like to look at the ones that say that his approval rating is in the mid-30s. He likes to look at the ones that show that he can’t do anything wrong in the eyes of his hardcore supporters. That’s why he has no qualms about telling these lies. Again, most of these are not lies about policy. Not lies about what his policies will do, the great things they’ll accomplish. These are lies of vanity. The vanity of saying my inaugural crowds were bigger, the vanity of saying the President of the Boy Scouts called me and told me what a great speechifier I am. Lies of vanity are possibly the worst kinds of lies because we can easily verify that those didn’t happen.

But furthermore, at least 30 of the lies Trump has told since taking office, including his lie that 3 to 5 million illegal people voted in the election that voted for Hillary Clinton, otherwise he would have won the popular vote, he has repeated those lies more than three times to the public and that is why the majority of Republicans actually think Donald Trump won the popular vote. These lies do have consequences. It’s not just about a narcissistic compulsive liar sitting in the White House. It’s the fact that they do have real world consequences, and the fact that his brain dead supporters tend to believe them. They believe that he won the popular vote. They believe that we had millions of illegal immigrants or illegal voters coming to the United States and casting a ballot for Hillary Clinton. They believe that because he said it. In some cases, because he said it enough times, that they heard it so many times, that it obviously must be true. That’s not how the truth works but that’s how Republican brains work.