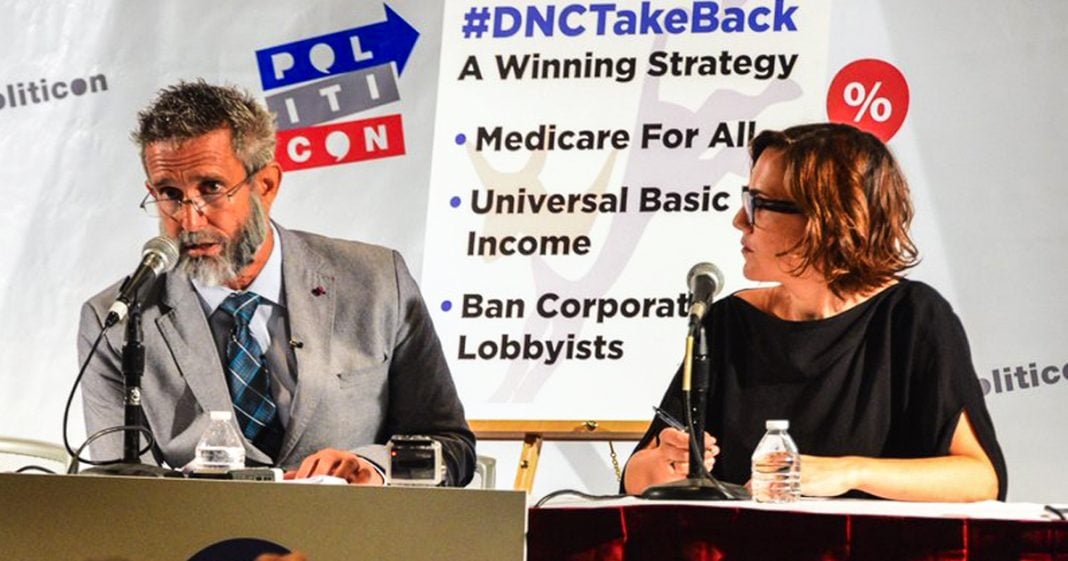 Lee talks with Andy Bichlbaum, one half of the Yes Men, a creative activist duo that pulls political pranks. Their most recent was at Politicon where Bichlbaum poses as a DNC “vice chair of civic engagement” claiming the DNC will urge their party to sever ties with the donor class and work toward causes their constituents actually champion like single payer health care and ending private prisons. Jokes aside, Bichlbaum tells Lee there is a big problem with money in politics, in that the politicians who accept corporate cash weigh the opinions of their donors more than their constituents, leaving important issues, such as free college tuition, by the wayside. While Bichlbaum doesn’t see much shift beyond the two major parties, he does see a glimmer of hope for progressive politics as smaller races are being won by progressive candidates across the U.S.