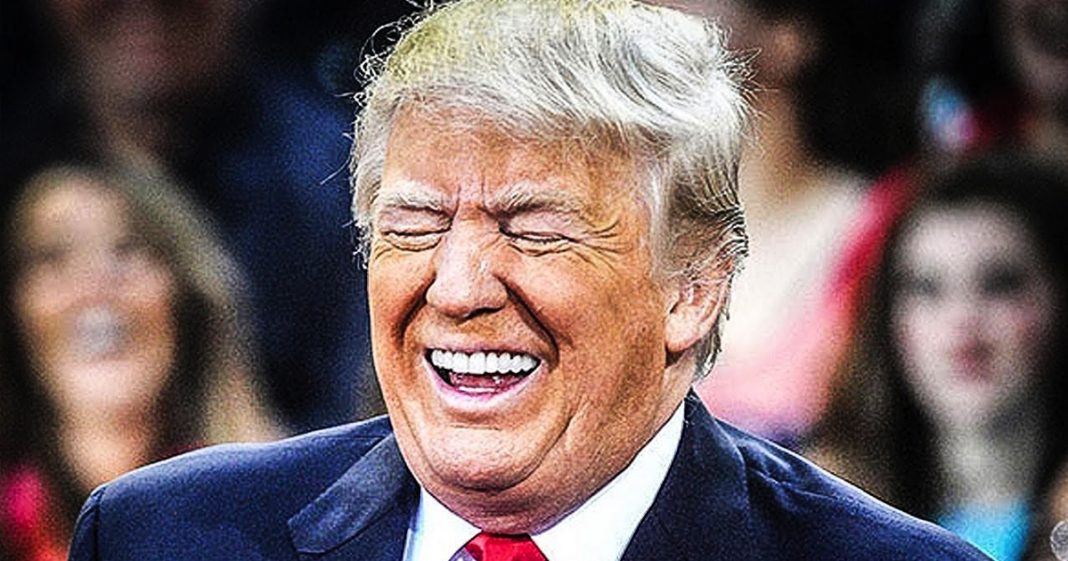 According to the director of the Secret Service, the agency charged with protecting the president has run out of money to pay more than 1,000 agents. Trump’s nonstop travel and vacation time, in addition to his family members that require around the clock security details, have caused the agency to blow through all of their finances, including overtime allowances that were meant to last the full year. Ring of Fire’s Farron Cousins discusses this.

According to a new report by USA Today, Donald Trump’s nonstop travel actually does have very real-world consequences for the Trump administration because, as it turns out, the Secret Service no longer has enough money to pay the agents who are tasked with keeping the president safe and keeping the president’s family safe. Because of Donald Trump’s constant travel … which almost every single weekend since becoming president he either went to Mar-a-Lago, his golf club in Virginia, or his golf club in Bedminster … they’re out of money. They’ve already hit the salary cap for about 1,000 agents, meaning they cannot pay them any more overtime and they cannot pay them for extra work that they’ve done.

The director of the Secret Service is actually worried that they’re not even going to be able to pay them for work that they have already done. He said the only thing that could happen right now that would allow them to be able to continue paying these agents would be for Congress to come in, enact an emergency budget increase for the Secret Service, and even at that point, there would still be more than 100 agents who would not get extra overtime pay and who would not be paid for work already performed. Again, the director of the Secret Service himself admits that this is because of Donald Trump’s constant travel.

Here are the facts. So far, the Secret Service has had to spend $60,000 to rent golf carts for Donald Trump so they can follow him on the golf course. They’re also protecting Donald Trump’s children, so when Eric and Donald Jr. go to Vancouver to open a new Trump hotel, like they did recently, the Secret Service has to go along with them, even though this trip has nothing to do with American government or American politics. The same thing happened when they went to Dubai and when they went on other international trips. Cost well over $100,000 for Secret Service on all those trips.

Donald Trump is pocketing this money himself, by the way. When these Secret Service agents have to rent those golf carts from Trump’s golf courses, he gets that money. When they have to rent rooms at Mar-a-Lago or other Trump hotels, that money goes back into the Trump business corporation bank account. Trump gets this money, and now the irony is that the agency is out of money, so they can no longer pay people whose job it is to throw themselves in front of any horrid thing that somebody tries to do to this horrible man.

Now, even if you don’t like Trump, which I do not, I understand that the Secret Service is there to keep that president alive, and that is what we need. We do not need anything bad to happen to Donald Trump other than an indictment or an impeachment. Those are about the worst things I’m going to wish onto Donald Trump. Please do not go any further than that, either. The Secret Service has a vital role to play, and it is important for the morale of this country, the morale of the world, to keep the president safe. Without money, they can’t do that.

What’s going to happen is once they start drying up those funds, telling people we’re not going to pay you … Well, let me ask you this. How likely would it be for you to jump in front of a bullet for somebody when you know that you’re not getting paid for your job and haven’t been for about a month or so? That’s the situation we’re looking at. Trump’s the kind of guy that could probably foot the bill himself or pay for private security, but God knows he’s not going to do that when he has American taxpayers to pinch money from.

Congress will likely come along, enact some kind of emergency budget, or Trump might try to sign an executive order that would technically be unconstitutional, but they’re going to get the funding they need because it’s a vital service. Keep in mind that all this money they have blown that was supposed to last through the end of December but has now been blown out in August, that money went all the way back to Donald Trump’s pockets. That’s money that technically came out of your pockets in the form of the taxes that you pay each year.