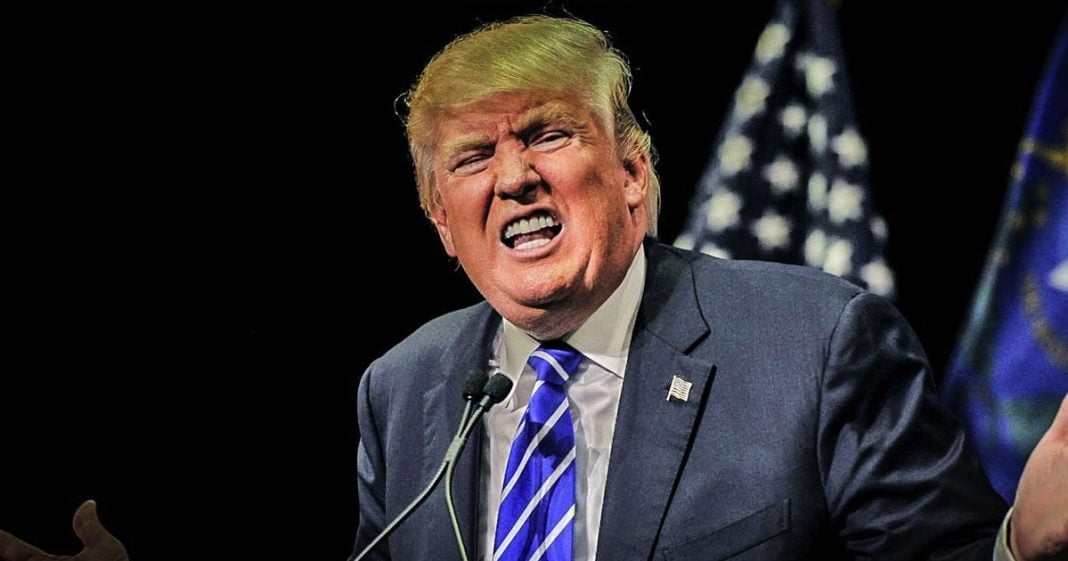 Sunday mornings are usually when we can tune into network news and see a cadre of Trump White House officials defending the actions of the president. But not this week. Not a single member of the Trump White House appeared on national news to defend the President’s very bad week – they weren’t even willing to go in front of their friendliest audience on Fox News! Ring of Fire’s Farron Cousins discusses this.

Typically on Monday morning, and even Sunday afternoon, most of the news is buzzing with some of the crazier things that the Trump Administration officials said during their appearances on the Sunday news talk shows, but this week was a little bit different. We had no crazy statements to pick apart. We didn’t see Kellyanne Conway’s face grace our television screens. In fact, not one single member of the Trump Administration went on any of the Sunday talk shows, and that includes not going on any FOX News programs. According to FOX News themselves, they could not find a single official from the Trump White House willing to come on their network to talk about the President’s really bad week.

Keep in mind, a few days ago, FOX News had to come out and say, “Look, we couldn’t even find any regular Republicans willing to come on and defend the President.” Now, they can’t even get members of the Trump Administration to come on and defend him? Look, I understand if they don’t want to send people to go talk with George Stephenopoulos or Chuck Todd, but not even FOX News? How bad are things behind the scenes when you won’t even go talk to your friends that helped put you in office? You know FOX News isn’t going to ask you any tough questions. You know they’re probably not going to ask about any of the horrible things that happened in the last week. Yet, the Administration is still too afraid to even send anybody in front of those cameras.

Things are pretty bad in the White House, and I think that is a very gross understatement at this point. When they’re completely unwilling to go out there and spew their lies and hatred like they’ve done every single week since they came to power, you know something has devolved into something even worse behind the scenes.

Donald Trump did arrive back in DC on Sunday evening, so he wasn’t even there Sunday morning, technically, to prevent anyone from going on TV. I’m sure he issued some kind of order, maybe there’s a memo that’s going to surface later on this week, where they said, “For the love of God, don’t go out and talk to the media.”

Maybe it was General Kelly, Donald Trump’s new chief of staff, trying to do some damage control and preventing these idiots from going on television and actually making things worse. Because at this point, that’s all those people can do. Sarah Huckabee Sanders, Kellyanne Conway, Stephen Miller, Sebastion Gorka, there is nothing they could say at this particular moment that would make anything that Trump has done in the past week seem better. All they can do is add fuel to that fire, which, of course, the rest of the media, the blog world, is going to jump on and absolutely use it to dismantle this administration.

So it was probably a good call that they decided to withhold their people from the Sunday talk shows but, unfortunately for them, being such a vocal administration, when they finally go silent, you know something’s gone horribly wrong.