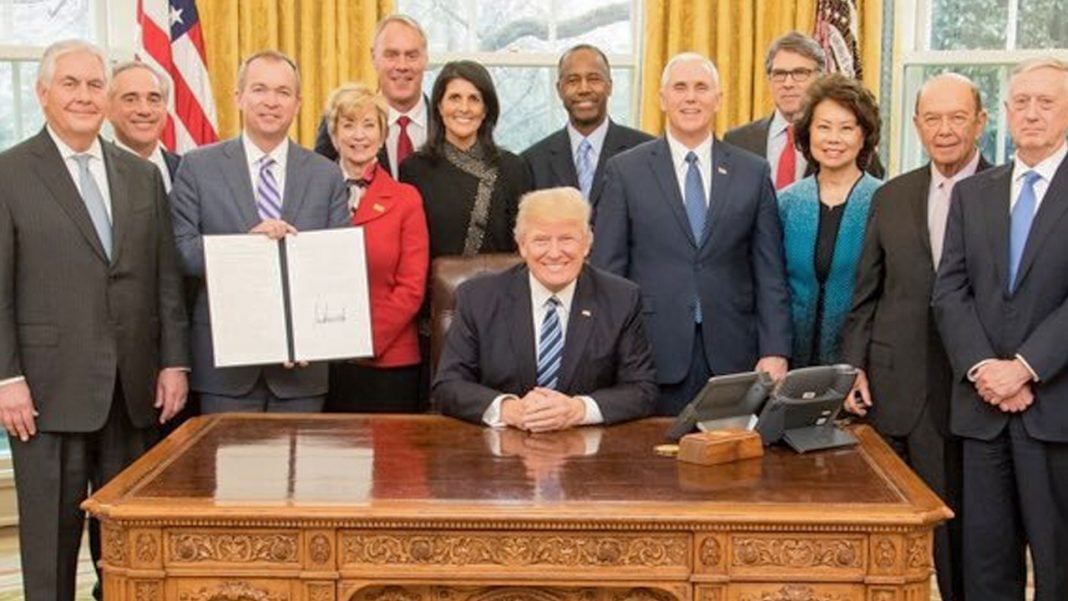 According to reports, Donald Trump’s “inner circle” has said that they are both appalled and disgusted by the President’s remarks this week, and that in private, they are all talking about what a disaster this past week has been. Yet none of them have spoken out publicly, none of them have resigned, and none of them are standing up to the president. Ring of Fire’s Farron Cousins discusses this.

According to reports, the top advisers, Trump’s so-called Inner Circle of cabinet members and people supporting him within the White House, have been both disgusted and appalled at his recent statements in the last week about the events that took place in Charlottesville, and his complete inability to condemn Neo-Nazis’ Alt-Right, and instead doubling down on his stupid talk that both sides are to blame. Reports say that those people in the White House are absolutely disgusted by this. That’s what they’re talking about privately: how horrible this whole week has been; how disgusting the President is; and as soon as he walks into the office the shape up. They throw a smile on their face, and they stand side by side with him as he spews those hateful talking points that he likes to give during these racial tension times after a white supremacist murdered someone. Both sides.

Again, privately, they hate it, but what you do in private doesn’t matter. If you are not willing to come out and speak publicly and say that what he’s done is wrong; I cannot defend what he has said; I do not agree with him; I will not work for him anymore. If you don’t do one of those things, then you are complicit in this. You are an accomplice. Sitting around, as so many others have said this week, and doing nothing is just as bad as what those protestors did. That’s what Donald Trump has done. If you do not speak out, you’re an accomplice.

It can’t be that these people are worried about finding a new job because staying with Donald Trump is just as toxic as leaving him. We have law firms in this country who have refused to represent Donald Trump in the Russia investigation because they’re afraid of what being associated to that President would mean for recruiting for their law firms. CEOs abandoned the President this week because they understand that being associated with him is like holding a parade for cancer. You don’t do that if you want to protect your brand and your image. If these people want to protect their future and ensure that they can get jobs later on, the smart thing to do would be to leave the President or to publicly say, “I don’t agree with him. If he doesn’t like that is said that, then fire me!”

But, instead, they’re taking the coward’s way out. They may say privately to reporters on condition of anonymity that I’m disgusted and I really hate what this guy’s saying, but it’s what they do in public that counts. So far, as of right now, they’ve done absolutely nothing!