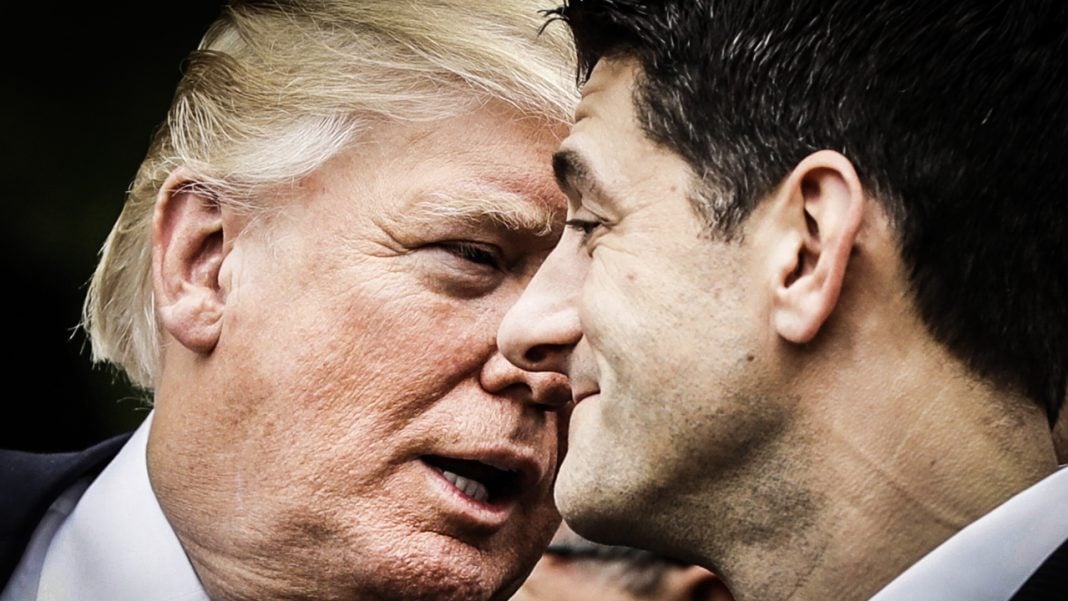 It is easy to get distracted by Trump’s horrible behavior and the ongoing investigations, but let’s not forget that both Trump and his Republican brethren in Congress are still pushing a massive tax cut bill that would give the wealthy elite a massive tax cut. In fact, more than 50% of the cuts in the tax package go to people making more than $1 million a year. Ring of Fire’s Farron Cousins discusses this.

Most of the news this past week has been talking about Donald Trump’s disastrous week and his continuously falling support from people in the wake of his recent press conferences that, again, turned out to be massive disasters. But it’s important to remember that this man is still the President of the United States, he still has influence over Congress, and he is still pushing policies in this country. And while he may have fewer allies than he did a week ago, he still has some allies in Congress on certain issues. And one of those very important issues is tax reform.

Right now, Donal Trump, Paul Ryan, and the rest of the Republican cabal in Washington, D.C., are pushing forward with a tax cut package, the majority of which would go to people making more than one million dollars a year already. More than half of the proposed tax cuts in this “tax reform package” are going to go to people who don’t need the money to begin with. These are people, these are Wall Street hedge fund managers, corporate CEOs, business owners who are doing well, and they’re all people who use our roads, or bridges, or schools, or fire departments, or police departments. Our military keeps them safe.

And yet, we don’t think as a country, at least Republicans don’t, that they should have to pay more in taxes just because they make more money. Republicans think that that’s punishing the job creators. And I’m not just talking about Republican politicians. Go online, you will see these comments from the Republican base, people who have dirt floors in their homes because they’re so poor think that we should still cut taxes on millionaires because they’re the job creators. They’re the great ones. Why should we punish them when we’re not punishing all those “black people living on welfare.” It’s racism, folks.

Racism is what drives these Republicans to be in favor of tax cuts for the wealthy and in favor of cutting back on welfare and unemployment benefits and after school programs. That is at the heart of all of it. The economic woes of those white people who voted for Donald Trump are rooted in racism, and that’s what’s coming out today. And that is how this Republicans convinced these backwoods redneck Republicans to support these tax cuts for the wealthy.

And those of us who’ve paid attention to modern American history understand what a disaster this is going to be. Every single time we cut taxes for the wealthy, we end up in a recession. It’s like clockwork, folks. It can’t be helped, it can’t be stopped. You reduce tax revenue, you give more money to the wealthy people, then suddenly everybody suffers because there’s a recession. It will happen again if Donal Trump and Paul Ryan go through with this disastrous tax plan. So that is why we need to remember while there are a lot of distractions, some of them more worthy than others of our attention, we cannot lose sight of the fact that these Republicans, as dirty and disgusting as they are, are still trying to push these horrible policies on the entire country.