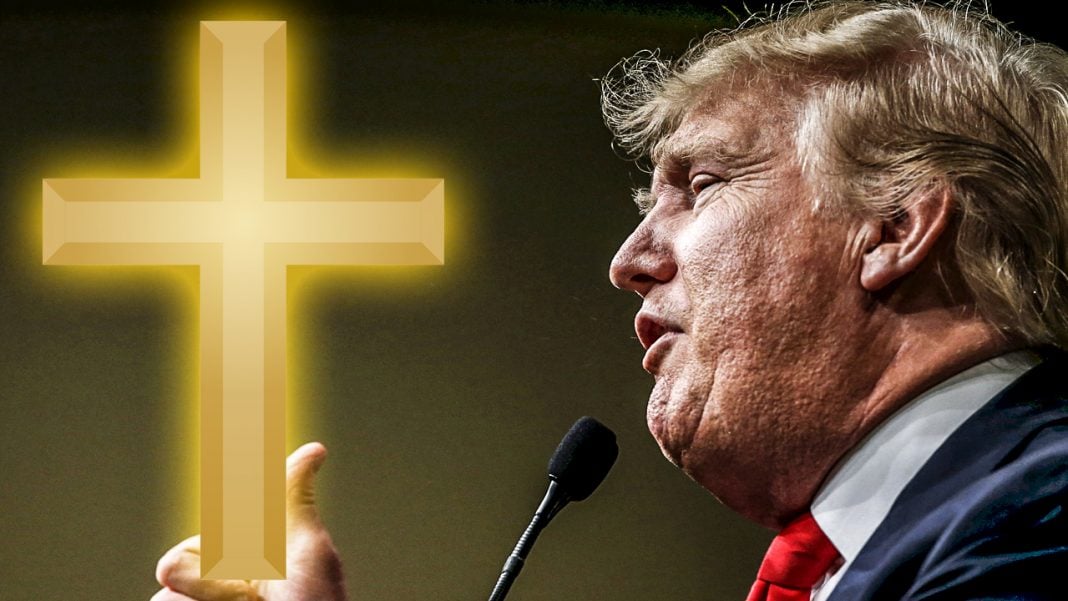 In spite of being a sympathizer towards the racists who attacked in Charlottesville last weekend, Donald Trump’s religious council has not a single member, showing that business leaders apparently have a stronger moral compass than religious leaders. Ring of Fire’s Farron Cousins discusses this.

In the past week, in response to his response, his press conferences following the tragedy in Virginia brought on by hate-mongers, Donald Trump lost the support of many CEOs that abandoned his Manufacturer’s Council, which the President then had to shut. Members of the Arts Commission resigned late in the week as a result of Donald Trump’s statements regarding white supremacy and Neo-Nazis. His losing support from pundits, from Fox News personalities, from his supporters, from basically everyone in this country except one very important group.

There is one group, and no it’s not the white supremacists who still support him because David Duke came out and said, “I liked his response. I thought it was great for us.” There is another group. A much more powerful group in this country that believes that Donald Trump’s response was okay and they refuse to resign from any of is councils. Those people happen to be the Religious Right. The people who wrapped themselves up in pages from the Bible think that they’re holier than everyone here, feel free to denounce and denigrate and otherwise chastise American citizens. Those people have no problem with what Donald Trump did.

As it stands right now, not a single member of Donald Trump’s religious council has resigned due to his statements about the event that took place in Charlottesville. Not a single one. Furthermore, we have religious leaders out there in this country, Jerry Falwell, Junior. People like that. Other televangelists who see no problem with it. They see no problem with what the President said and furthermore and have not come out and called these Nazis, these Neo-Nazis, white terrorists which is what they are.

You would expect the religious community to be on the forefront of this issue. There is no religion. I don’t care what Republicans say. They’re not that bright when talking about religion. There is no religion in the world that preaches violence and hate. It doesn’t exist, folks. Not Catholicism, not Christianity, not Hinduism, not Islam, not Judaism. None of them teach hate and violence. Yet, that is what the religious right in the United States is embracing by standing by Donald Trump and defending his disgusting comments about what happened in Charlottesville.

They are also using the both sides rhetoric of Donald Trump. Trying to deflect attention of what happened by trying to say, “Liberals beat somebody once and maybe another time and they are tearing down statues that Donald Trump says are so beautiful.” That’s not how it works. The religious right is a sham. It’s a fraud and anyone who follows what these alleged evangelical leaders believe and say is just as guilty. I do remember that there is a part of the Bible about beware of false prophets and that is exactly what has happened to the religious right. Everyone who follows them is following these false prophets and they’re leading them straight on a path to hell.