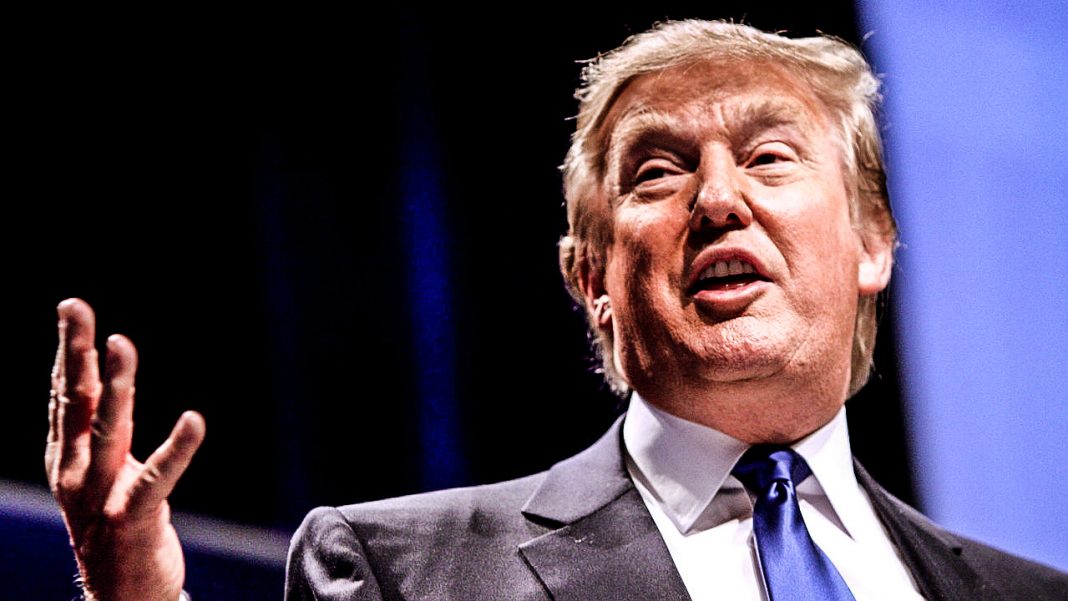 Donald Trump has released yet another campaign ad for his 2020 reelection campaign, this time targeting “obstructionist Democrats” and the “fake news media.” It’s cute that Trump thinks he’ll make it to 2020 before the special prosecutors get to him, but nonetheless, his campaign ads are full of obvious lies and omissions and they paint Trump as some kind of God-like figure who can do no wrong. Ring of Fire’s Farron Cousins discusses this.

Donald Trump has released yet another campaign ad for his alleged 2020 presidential campaign, and it is just as disgusting and full of lies as you would expect. Before getting to the ad though, let’s take a second to think of how presumptuous it is of him to think that he’s going to make it to 2020. Not only do we have reports that it’s likely he’s going to be primaried by other Republican challengers, we still have to deal with the fact that we’ve got a special prosecutor out there, Bob Mueller who is compiling evidence daily that threatens to take down the entire Trump administration, which would pretty much make him ineligible to even run in 2020.

Now, having said that, Donald Trump’s new ad takes aim specifically at two different things in this country. The first is what he calls obstructionist Democrats, you know, those Democrats who aren’t voting for his nominees that he hasn’t even nominated. See, that’s a part of the Republican talking point that they leave out conveniently. They keep saying that, “Oh, Democrats are not voting on these people for these positions.” Donald Trump hasn’t nominated anybody! We don’t even have any ambassador to South Korea right now, which we desperately need because Donald Trump hasn’t even nominated anybody. But they’re still telling us that is the Democrats that are obstructing this. So, according to Donald Trump and the Republican Party, the Democrats are obstructing things that don’t even exist right now.

Now, the second part of the ad takes aim at what Trump calls obviously the fake news media. Because in Donald Trump land, anything that is not flattering to him is fake news. This is a tactic that we fully expected because the Republican Party several months ago actually admitted that they’re going to make the 2020 elections about the media. See, the public doesn’t like the media as a whole, okay? Media has a negative approval rating. People don’t trust the corporate media. Blah, blah, blah. We know that statistics show it. So, Republicans think they can somehow turn that into a winning campaign strategy even though they’re still running Donald Trump, a man who took three days to denounce racist attacks in Charlottesville, Virginia. I don’t think it’s going to work like that, guys.

Furthermore, while there have been instances of news outlets, even reputable news outlets, jumping the gun and getting the story wrong about stuff with Donald Trump, more often than not, they’re 100% accurate about all of the crappy things this man has done, all of the things that aren’t working out and calling him out when he takes credit for things, when they’re actually accomplishments that President Obama achieved.

There is a fake news problem in this country, folks, but it’s not coming from the Washington Post or the New York Times. It’s coming from news organizations that Trump actually likes, like Fox News or Breitbart or the Drudge Report or Alex Jones and Rush Limbaugh. Those are the people out there spilling lies and hatred, not Washington Post and New York Times. Those outlets don’t always get it right, but they get it right more than a lot of other media outlets, probably more than most, if not all other media outlets. And if Trump and the Republicans think that that’s a winning campaign strategy, then by all means go for it ’cause you’re probably going to convince your low information base that yeah, those are the problems. But the rest of the public understands that while those outlets may not be perfect, they’re still a hell of a lot more trustworthy than Donald Trump.