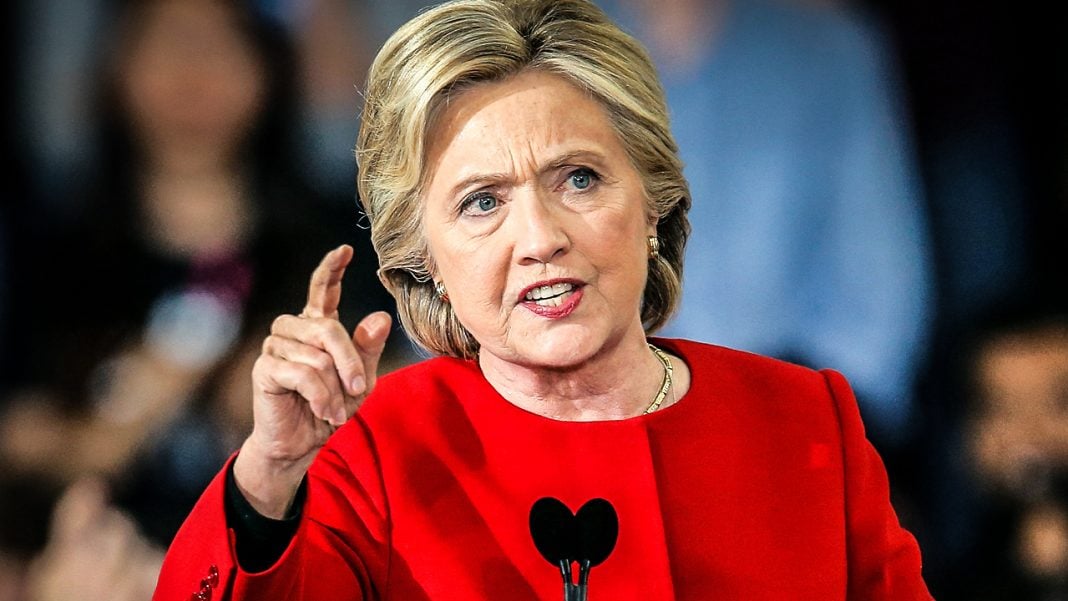 Hillary Clinton will be releasing a new memoir titled “What Happened” in the coming weeks, but there is no need for any to actually buy it. We are doing you a favor and exposing what actually happened, the absurd claims she’ll likely make in the book, and then hopefully we’ll never have to talk about Hillary Clinton again. Ring of Fire’s Farron Cousins discusses this.

I have to start this particular video by explaining something. Several weeks ago, I made a promise to everyone that I would never talk about Hillary Clinton again, and, unfortunately, right now I have to break that promise. The reason I’m breaking that promise is because Hillary Clinton has decided to thrust herself back into the public spotlight by releasing a shameless new memoir titled, What Happened. Today, to save you the trouble of having to read through that garbage and having to pay money for it, I’m going to give you what I like to call a preemptive review of Hillary Clinton’s new book, What Happened. And, if you look at the cover, it says, What Happened, and then it answers it for you. Hillary Rodham Clinton. Probably should put a spoiler warning on that.

Nonetheless, here is what I see will happen with this book. She’s going to talk about the fact that she should have gone to Wisconsin, she should have spent more time in the Rust Belt. I see the errors of my ways. Darn it. If only I could do it again. She’s not going to go after people like John Podesta. She’s not going to throw any shade at Debbie Wasserman Schultz and blame her for the hatred that erupted over the Democratic Party from the people who supported Bernie Sanders.

Hell, she may not even mention Bernie Sanders whatsoever in this book. She’s not going to talk about the fact that her campaign created the narrative of the Bernie Bro, just like they did in the 2008 primary with Barack Obama. For those of you who aren’t pay attention, or weren’t paying attention, or weren’t even old enough to vote at the time, her campaign, her advisors did the exact same thing with Barack Obama. The Barack Bros. I forget exactly what they call them, but it’s the same thing they did with the Bernie Bros. They create this narrative, say that anybody who doesn’t support Hillary Clinton is a misogynist and they just hate all women, which is not true. But they created that narrative and they’re partly responsible for the massive rift taking place in the Democratic Party today. But again, don’t expect Hillary to say that that’s what happened.

Hillary Clinton grossly underestimated what the American public wanted and she grossly underestimated everybody’s intelligence. Now, I’m not saying that Donald Trump is an intelligent guy, but he knows how to manipulate people. That is a form of intelligence and his manipulation, his speaking of the issues, enough though he was lying through his teeth, still convinced more people to vote for him than Hillary Clinton in those Rust Belt states. I know she won the popular vote, I’m talking about the Rust Belt. That’s what cost her the election. Sure, she’s probably going to blame Jill Stein a little bit. Might even throw Gary Johnson, a Libertarian candidate in there, accusing him of stealing some votes.

She’ll give us a few passages that show that, oh, maybe she learned. Maybe she understands what she did wrong. Maybe we should give her another chance. Do you see how that train of thought works? It’s going to be enough to convince the Hillary Clinton supporters that we should absolutely give her another chance and we should run her again 2020 or whenever the hell she wants to run again.

But that can’t happen, folks. This book means nothing. Hillary Clinton is trying to, once again, capitalize and make a buttload of money off of the worst campaign in American history. She is trying to make money off of the fact that she lost to Donald Trump. Everybody else is living in misery, but I’m going to write this memoir and make so much more money. That’s all this is about.

So, do me a favor. Do yourself a favor. Do not buy this book. Do not go read any reviews. Do not believe any of the nonsense that she spews in this book because she’s trying to make a quick buck. She’s trying to manipulate the public into thinking that she actually learned something from that campaign, and eventually use that to make her way back into the national spotlight. She needs to go away. It’s time to put the Clinton legacy in the United States to rest. You can do that by not going out and buying this book.