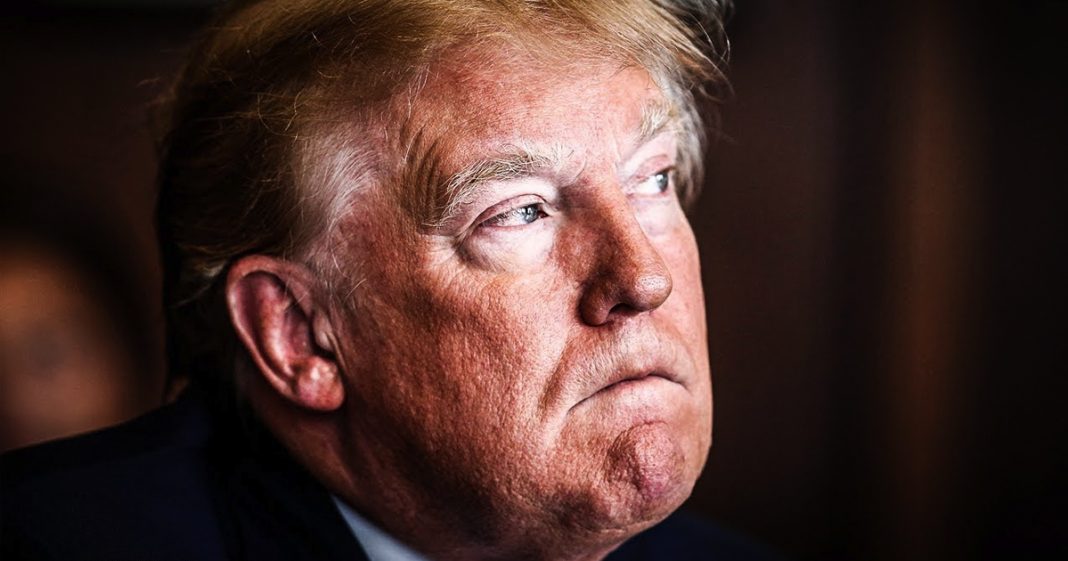 While there’s a good chance that the special prosecutor could sink Trump’s presidency, we may not even need to wait for the final results to get Trump out of office. The language of the 25 Amendment to the Constitution allows for Congress, and the Vice President, to band together and with a simple vote, remove the President from office. Yes, that would give us President Pence, but nothing could be worse than what we’ve already got. Ring of Fire’s Farron Cousins discusses this.

For people who are waiting for the Bob Mueller Special Prosecutor investigation to come to a close so that we might finally be able to remove Donald Trump from office, I have a piece of good news for you. According to the 25th Amendment and according to reports, we might be able to get Donald Trump out of office a hell of a lot sooner than Bob Mueller can finish his investigation.

The 25th Amendment is kind of tricky, but it’s also kind of not. There are several different instances where the president can be removed, and one of the more interesting ones is when the vice president, in this case Mike Pence, gets a majority member of Congress, a majority of the members of Congress, including the Speaker of the House, to send a letter to the president saying, “We believe you’re unfit to serve and, until you prove that you are fit, I, the vice president, have assumed the powers of office.

The president, Donald Trump, at that point would then have to submit another letter saying, “You are wrong. I am fit,” at which point he regains his powers. Simple enough so far. After those steps are taken, all it takes is a majority vote, along with the vice president and the senate to strip the president of his powers. I believe you actually have to cross that 60 threshold. According to a report from the Brookings Institute, we are currently only 6 votes away in the Senate from having enough Republicans on board to actually get Donald Trump out of office.

They have not said that this is something they’re actually considering but, given Mike Pence’s, I guess you could say, ambitious personality, given the fact that he’s already started his own super pack, given the fact that he’s hosted wealthy Republican donors in the vice president’s mansion, I think it’s safe to say that Mike Pence, if he knew he had the votes, would absolutely go along with this plan and usurp the power from Donald Trump himself.

You may think, “Well, this is all just farfetched nonsense. Well, think again. Back in the summer, in the early mid ’70s, Richard Nixon would send his aide to the Senate every day, to ask if the votes were there. Finally, one day, the aide came back and said, “The votes are there,” which means there were enough votes in the Senate to go ahead and remove Nixon from office, should he be impeached or should they decide to invoke the 25th Amendment. It was at that point that Nixon resigned. He knew that he couldn’t fight it anymore, and that is what we could be looking at right now with Donald Trump.

Again, we do not have any evidence to show that this idea is being considered. We do have plenty of Democrats who have called for invocation of the 25th Amendment to remove the president, and we have seen his increasingly erratic and unstable behavior become a problem in this country at an exponential rate. Every week, things are getting worse, and it’s all due to Donald Trump’s behavior. Last week, it was the nuclear threat of North Korea. This week, it was the events in Virginia. What’s it going to be next week because it’s always something with this guy.

I know Mike Pence wouldn’t be any better. He would be probably just as bad on almost every single issue, but at least we’d be dealing with somebody who isn’t as volatile, somebody who understands that, occasionally, you have to put on a presidential face and say things like, “Yeah, I don’t approve of what these hate-mongers did.” Donald Trump wasn’t willing to do that. Mike Pence might actually be willing to do it. It’s just a matter of time.

Don’t lose hope, folks. We still have that 25th Amendment and, according to a report by the Brookings Institute, we’re this close to having those numbers needed to get this psychopath out of office.