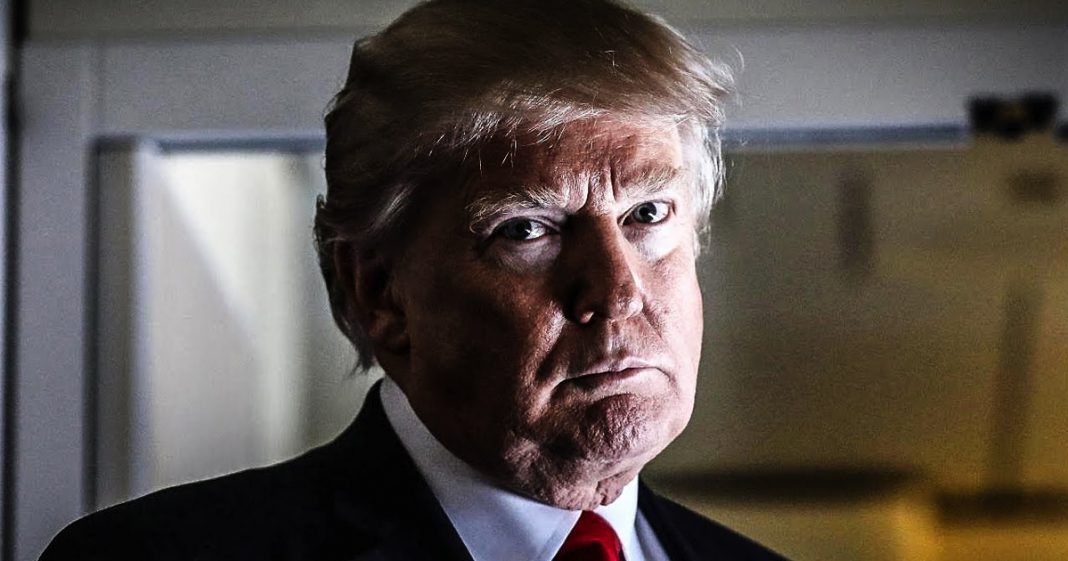 A longtime business partner of Donald Trump admitted in recent days that he knows that he and Trump will be going to prison over their shady business deals. This admission comes as more and more evidence piles up against the Trump family of obtaining loans under fraudulent circumstances, which is a federal crime. Ring of Fire’s Farron Cousins discusses this.

You’re probably not familiar with the name Felix Sater, but he is a longtime business partner of Donald Trump. Went in with him on investments for apartment buildings and condos. And, this week, he said, “I know that I am definitely going to prison.” But don’t feel too bad for Sater, because according to him, he’s going to have a friend there. That friend’s name happens to be Donald Trump. Felix Sater, again, Trump’s longtime business partner, has been working with the Special Prosecutor’s office. Reports tell us that he may have already turned over the documents and evidence to get Donald Trump on some sort of financial fraud scheme.

Here’s how this scheme played itself out. Earlier this week, emails were released from way back in the day that showed that Donald Trump, as well as his children, were investors in a particular building. One of the people who came in as an investor with them was a man connected also to Felix Sater, who was also an investor in this. But he had a criminal record for fraud overseas and in the United States. Under United States rules, he was not allowed to ever be a signatory on loans for these massive property purchases, and anyone who knew of his criminal past also becomes guilty of crime. This man did sign on for loans that benefited the Trump family, Felix Sater, and helped them buy these buildings, which the Trump family profited from. According to the emails released earlier this week, the Trump family, including Donald himself, was well aware of this man’s criminal history. Did not report it. Still used his name on loans. And thereby, according to the available evidence, likely committed a felony here in the United States.

Sater, for his part, seems to be out only to make a name for himself, to get famous. Because he said, “I’m going to be one of the most explosive people in the next few months that you have ever seen. You’re going to remember me.” So this guy is out to hype himself, but if he has this evidence, we may not even need anything about any Russian connection or anything like that if Donald Trump’s committing good old-fashioned bank fraud here in the United States, which the emails released earlier this week seem to indicate.

The Special Prosecutor, again, is now finally going after Trumps finances. Reports show that Felix Sater is likely working with him and has probably already given him the documents he needs. So this Bob Mueller investigation has taken a lot of twists and turns over the year. Or excuse me. Over the the last few months. But if Sater is to be believed, within a month to two months, we’re really going to start seeing some bombshells come out of this report that tie criminal activity directly to Donald Trump.