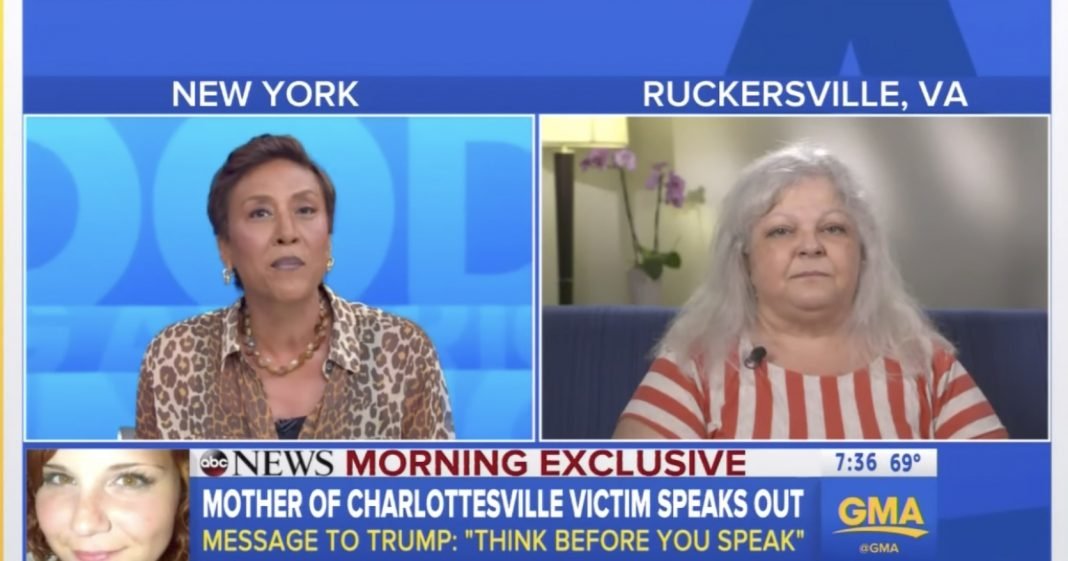 The mother of murdered activist Heather Heyer says she has no intention of speaking with the President after he equated her daughter’s behavior with that of the Nazis.

Susan Bro has been dealing with the tragic murder of her daughter for less than a week, but already she has appeared on network television multiple times to honor the memory of her daughter and speak out against the fascism she died opposing.

But when Bro appeared on Good Morning America on Friday morning, host Robin Roberts wanted to know – had the President attempted to contact her as the White House claimed?

Article continues below video –  the relevant portion begins around the 3-minute mark.

Bro confirmed that the President had indeed been in contact, but that she had not yet taken any of his calls.

The first call came during Heyer’s funeral – Bro understandably missed it. Then, Heyer’s mother says that she received several other frantic messages fromTrump staffers, panicking that the POTUS had not yet made contact and quieted media inquiries.

When asked about whether she had spoken to Trump, she replied,

Bro says that she had no intention of speaking with President Trump after he made additional comments about Saturday’s events by saying there was “good people on both sides.”

“I’m not talking to the President now, I’m sorry. After what he said about my child … equating the protesters, like Ms. Heyer with the KKK and the white supremacists.”