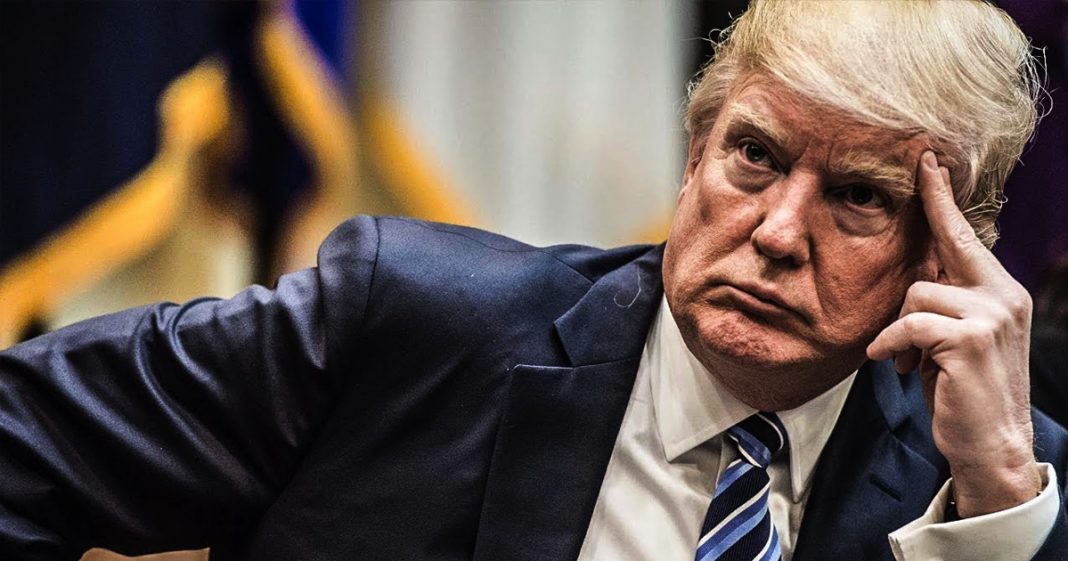 Three different charities have cancelled scheduled events at Mar-A-Lago after Trump’s refusal to denounce the attacks that took place over the weekend and by aligning himself with the alt right. This is a lot of money lost for Trump, but importantly, shows that these charities understand that some money just isn’t worth it, and they’ll find new venues to host their events. Ring of Fire’s Farron Cousins discusses this.

After Donald Trump’s disastrous responses to the events that took place last weekend in Virginia numerous charities have now pulled out of events that they had previously scheduled at Mar-a-Lago, events that they schedule at Mar-a-Lago, Trump’s alleged winter white house, for years. These groups now understand that being associated with a President who openly embraces and sympathizes with the kind of hate that we saw in Virginia, that that is no longer acceptable. They do not want to use his facilities, they do not want to pay any money to his organization, to put back in his pocket, because they understand that doing so would support hate.

These aren’t just little fly buy night charities either, this is the American Cancer Society, the Cleveland Clinic, and the Israeli version of the Red Cross. These organizations do not want to be associated with Donald Trump, they do not want to utilize his companies anymore. They understand that even though they’d be raising money for people in need, sometimes it’s absolutely not worth it, if you have to associate yourself with one of the least popular presidents in the history of this country. They’re the least popular because of their embrace of hate, their refusal to denounce hate, their refusal to get rid of the basic hate mongers, the Alt-Right people, in his administration, including Bannon, Gorka and Miller.

They understand that sometimes it’s just not worth it, they can go somewhere else, raise just as much money for these charities and not haver to support Donald Trump on the backend, by renting out his facilities. That is one of the most brave moves that we have seen in the last week. We’ve seen business leaders step away, but charities need money, charities constantly have to fundraise. For them to say that we are willing to possibly take a smaller cut, go in front of an audience that may not have as much money as that that goes to Mar-a-Lago. That’s telling you something.

It also, kind of further goes to show how hurtful Donald Trump’s comments are, because these charities might end up raising less money, because of Donald Trump’s comments. That means the people in need are going to get less money, less aid, less help, but Donald Trump doesn’t care about that, all he cares about is appeasing his hateful base, who sees nothing wrong with murdering a citizen in the street, sending countless others to the hospital. In Trump’s mind that’s okay.

Now, maybe, that this issue is going to affect his wallet, result in fewer profits, fewer revenues for his specific businesses, now, just maybe he’ll start taking it a little seriously, and understand that racism is actually pretty bad for business.