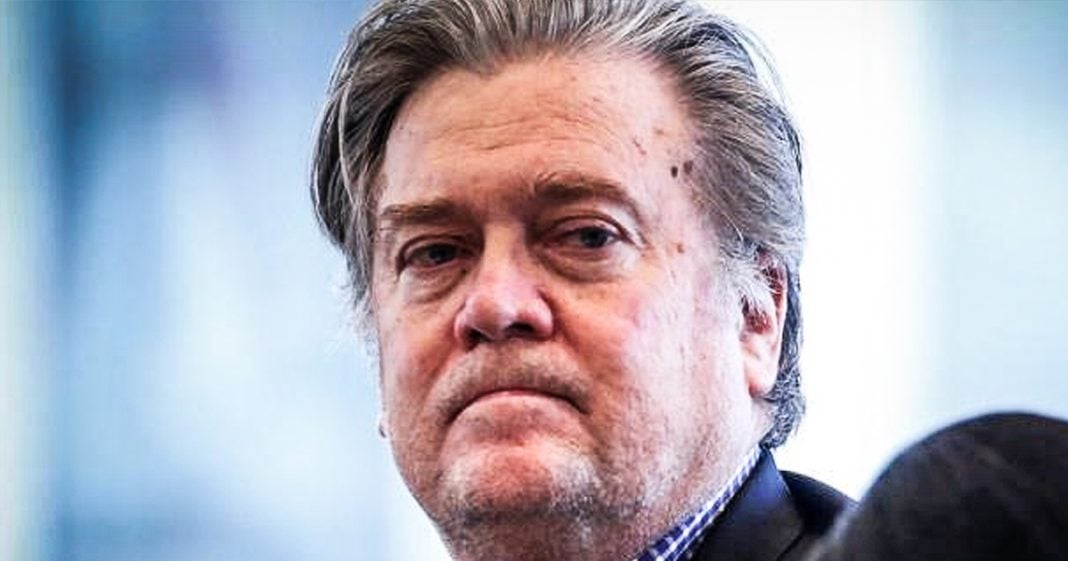 According to sources inside the White House, White House Chief Strategist Stephen Bannon is out.

Reports are unclear at this time whether Bannon was fired by the President, or if he resigned of his own will.

This news comes just days after Bannon publicly bragged about drawing negative press away from the President by calling a reporter to rant wildly about the weekend’s tragedy.

According to White House insiders, pressure has been mounting against the President to remove Bannon from his counsel because the former Breitbart head often clashed with many other figures in the administration.

Of all of the President’s men, Bannon was the one most closely tied with alt-right and white nationalist groups, a fact that may have been a factor in his removal.

Bannon is of course just the latest of many to be ousted from the tumultuous Trump administration.

Now, one wonders whether Bannon will be eager to speak about his experiences in the White House. If he felt betrayed enough, would he share what he knows about Trump’s ties to Russia or other crimes?